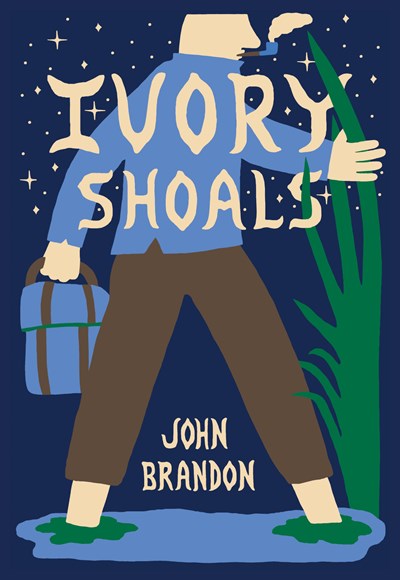 In the tradition of Mark Twain and Cormac McCarthy comes this distinctly American, pulse-quickening epic from the acclaimed author of Citrus County and Arkansas.

“I opened John Brandon's new novel and fell hard. An adventure full of grit and wonder, far-flung and yet uniquely, specifically American. I hope I never recover.”
—Daniel Handler, author of All The Dirty Parts, Bottle Grove, and Why We Broke Up

Twelve-year-old Gussie Dwyer—audacious, resilient, determined to adhere to the morals his mother instilled in him—undertakes to trek across the sumptuous yet perilous peninsula of post-Civil War Florida in search of his father, a man who has no idea of his son's existence. Gussie’s journey sees him cross paths with hardened Floridians of every stripe, from the brave and noble to a bevy of cutthroat villains, none worse than his amoral shark of a half brother. Will he survive his quest, and at what cost?

Rich in deadpan humor as well as visceral details that illuminate a diverse cast of characters, the novel uncovers deep truths about family and self-determination as the reader tracks Gussie’s dangerous odyssey out of childhood. Ivory Shoals is an unforgettable story from a contemporary master.

John Brandon has published four previous books with McSweeney’s—the novels Arkansas, Citrus County, and A Million Heavens, and the story collection Further Joy. Arkansas was adapted into a movie of the same name starring Liam Hemsworth, Vince Vaughn, and John Malkovich. Citrus County was a finalist for the New York Public Library Young Lions Award and was reviewed on the cover of the New York Times Book Review.

Brandon has been awarded the Grisham Fellowship at Ole Miss and the Tickner Fellowship at Gilman School in Baltimore, and he has received a Sustainable Arts Foundation Fellowship. His short fiction has appeared in ESPN the Magazine, Oxford American, McSweeney’s Quarterly Concern, Mississippi Review, Subtropics, Chattahoochee Review, Hotel Amerika, and other publications, and he has written about college football for GQ.com and Grantland. He was born in Florida and now resides in Minnesota, where he teaches at Hamline University in St. Paul.