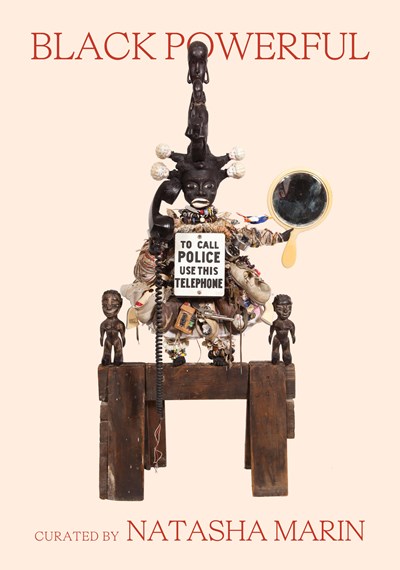 What does it sound like when you claim yourself? When do you feel most at home in yourself? What is your relationship to Africa, real or imagined?

Black Powerful examines Black Americans' relationship with Africa and intersperses their reflections with Continental Africans' thoughts on Black Folx raised elsewhere in a monumental chorus of authentic joy, tragedy, and imagination. Black Powerful is one sacred act of witnessing.

Natasha Marin is a conceptual artist whose people-centered projects have circled the globe and have been recognized and acknowledged by Art Forum, the New York Times, the Washington Post, the LA Times, and others. In 2018, Marin manifested BLACK IMAGINATION: The States of Matter, The (g)Listening, and Ritual Objects-- a triptych of audio-based, conceptual art exhibitions in and around Seattle, WA. BLACK IMAGINATION is community-based, ongoing and continues to amplify, center, and hold sacred a diverse sample of Black voices including LGBTQIA+ black youth, incarcerated black women, black folks with disabilities, unsheltered black folks, and black children. Marin's viral web-based project, Reparations, engaged a quarter of a million people worldwide in the practice of "leveraging privilege," and earned Marin, a mother of two, death threats by the dozens. This is how she healed herself. + www.black-imagination.com