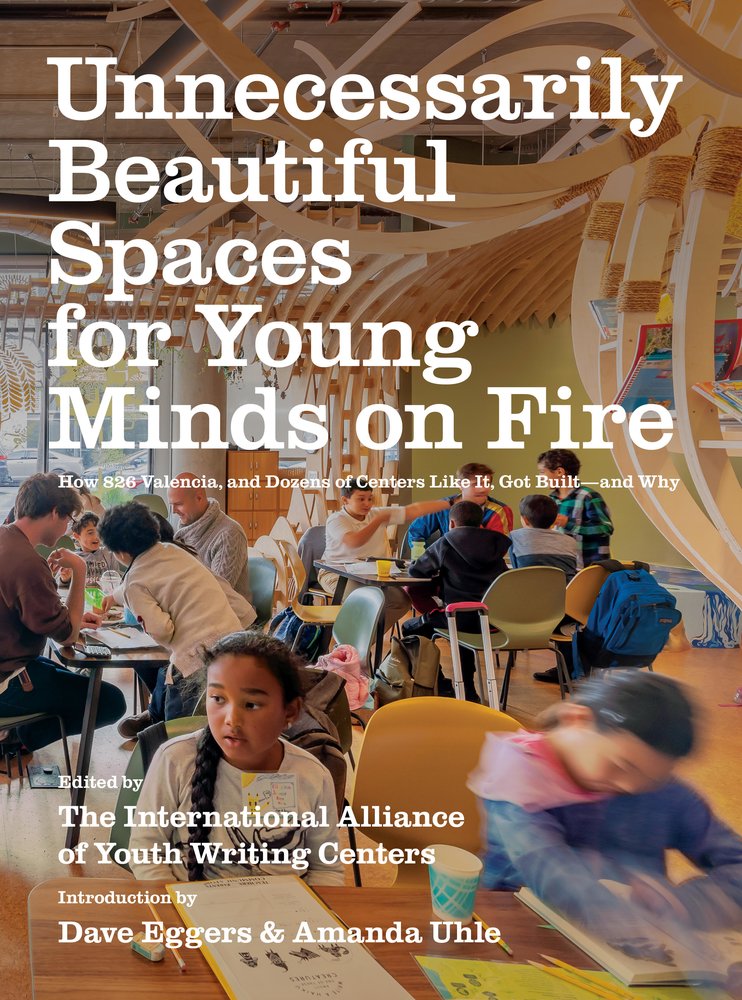 How 826 Valencia, and Dozens of Centers Like It, Got Built - and Why

"The story: back in 2002, some friends in San Francisco had an idea for a youth writing and tutoring center. They rented a building for this purpose, only to learn that the address was zoned for retail; they could do their writing and tutoring, sure, but they had to sell something in the front of the building. So they decided to sell pirate supplies, and to decorate the storefront as if it were a real shop for working buccaneers. It was a ludicrous solution to a bizarre problem, and it ended up being the key to everything." - from the introduction by Dave Eggers

Every kid in the world needs a safe, welcoming - and especially weird - place to write. That's the theory behind 826 Valencia, a writing and tutoring center started in 2002 by writer Dave Eggers and friends, in San Francisco. That center inspired similar centers around the world, from New York to Melbourne - all with their own bizarre themes designed to make learning fun, and destigmatize tutoring centers for kids falling behind. In Boston, there's the Greater Boston Bigfoot Research Institute. In Minneapolis, there's the Midcontinent Oceanographic Institute. Los Angeles has a convenience store for time travelers.

Filled with stunning photos of each space, along with detailed spreads showing the range of creative "merchandise" the centers have for their theme, the book also includes interviews with center directors and staff on their space, and how they've used it in programs, one-on-one connections with young learners, and community outreach, in hopes of creating a blueprint that others might follow. Dozens of centers are featured, from cities across the US and around the world.

A celebration of creating joyous and welcoming wild spaces for young minds, Unnecessarily Beautiful Spaces for Young Minds on Fire seeks to inspire more communities, schools and libraries, and civic and corporate organizations around the world to build their own centers for young writers.