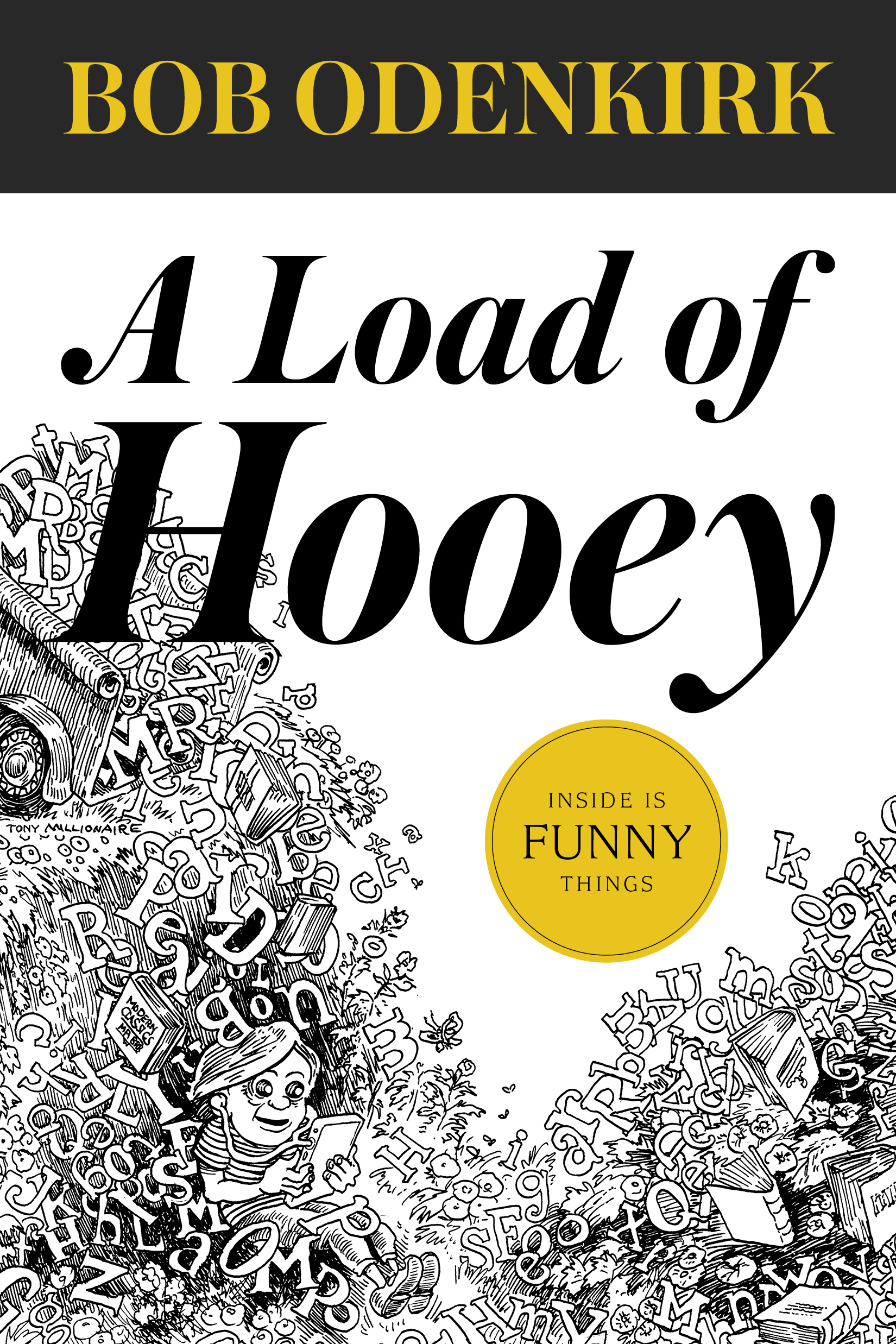 A Load of Hooey

Bob Odenkirk is a legend in the comedy-writing world, winning Emmys and acclaim for his work on Saturday Night Live, Mr. Show with Bob and David, and many other seminal TV shows. This book, his first, is a spleen-bruisingly funny omnibus that ranges from absurdist monologues ("Martin Luther King, Jr's Worst Speech Ever") to intentionally bad theater ("Hitler Dinner Party: A Play"); from avant-garde fiction ("Obituary for the Creator of Madlibs") to free-verse poetry that's funnier and more powerful than the work of Calvin Trillin, Jewel, and Robert Louis Stevenson combined.

Odenkirk's debut resembles nothing so much as a hilarious new sketch comedy show that's exclusively available as a streaming video for your mind. As Odenkirk himself writes in "The Second Coming of Jesus and Lazarus," it is a book "to be read aloud to yourself in the voice of Bob Newhart."

Bob Odenkirk has won two Emmy Awards for comedy writing, for Saturday Night Live and The Ben Stiller Show. He co-created and starred in Mr. Show with Bob and David, which ran on HBO and has been called "the American Monty Python," which is perhaps a bit of an overstatement in his opinion. Bob has written short comic pieces for the New Yorker and had a regular page in Vice magazine - and there's not much overlap between those two publications, is there?

Bob has directed three feature films: Melvin Goes To Dinner, Let's Go To Prison, and The Brothers Solomon, all of which underwhelmed, admittedly, but Melvin is worth watching, for sure.

Bob has had many other memorable roles on TV, most notably The Larry Sanders Show, Curb Your Enthusiasm, How I Met Your Mother (CBS), and The Office (NBC). He is most proud of his appearances in James Ponsoldt's The Spectacular Now and Alexander Payne's Nebraska.

He is currently Executive Producing, writing, and co-starring in The Birthday Boys, a sketch comedy show for IFC to premiere in October, 2013.