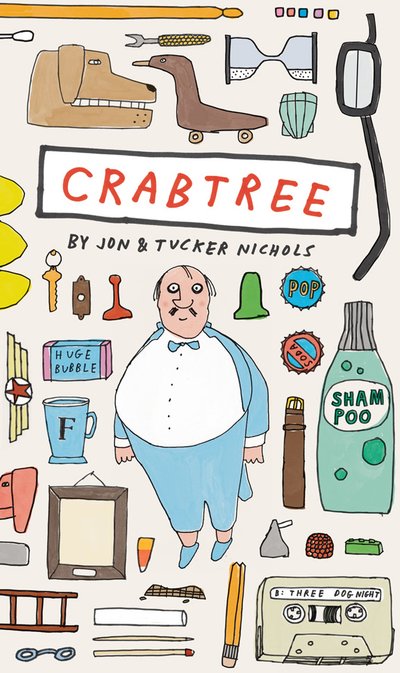 Alfred Crabtree has lost his false teeth. But don’t worry, he’ll find them if he can just get his things organized! Alfred's world is cluttered with surprising objects. Some are very uncommon, and some are probably not where they ought to be. There are a lot of pencils and small yapping dogs. There’s a squeeze bottle of mustard, a plunger, a rubber band or two, a few very fancy hats, and a group portrait of sea monsters. There’s an old cassette tape, a swizzle stick, a bicycle pump, and an armadillo shell. Join Alfred on a romp through his far too many possessions and you’ll end up learning more about him than he knows about himself. And maybe he’ll find his teeth in all that stuff!