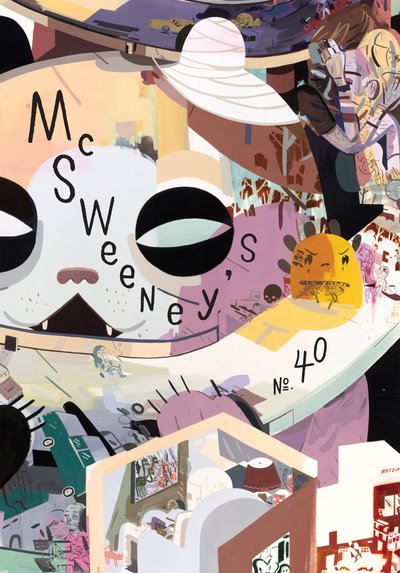 This issue is a two-book package, held together by a cardboard bellyband.

Our first issue of 2012 features all kinds of amazing stuff?so much, from so many good people, that we turned it into two beautiful little books. There are new stories from Neil Gaiman and Etgar Keret and David Vann (can you guess which one contains pterodactyls and Aztecs?), there is Said Sayrafiezadeh awaiting the uprising at Occupy Wall Street and a special compendium of the incredible writing that inspired the Egyptian Revolution, and, in its own volume, there is Rick Bass’s extraordinary account of a week in Rwanda?the most ambitious nonfiction piece McSweeney’s has ever run, and without a doubt one of the best essays of the year. You don’t want to miss this one!