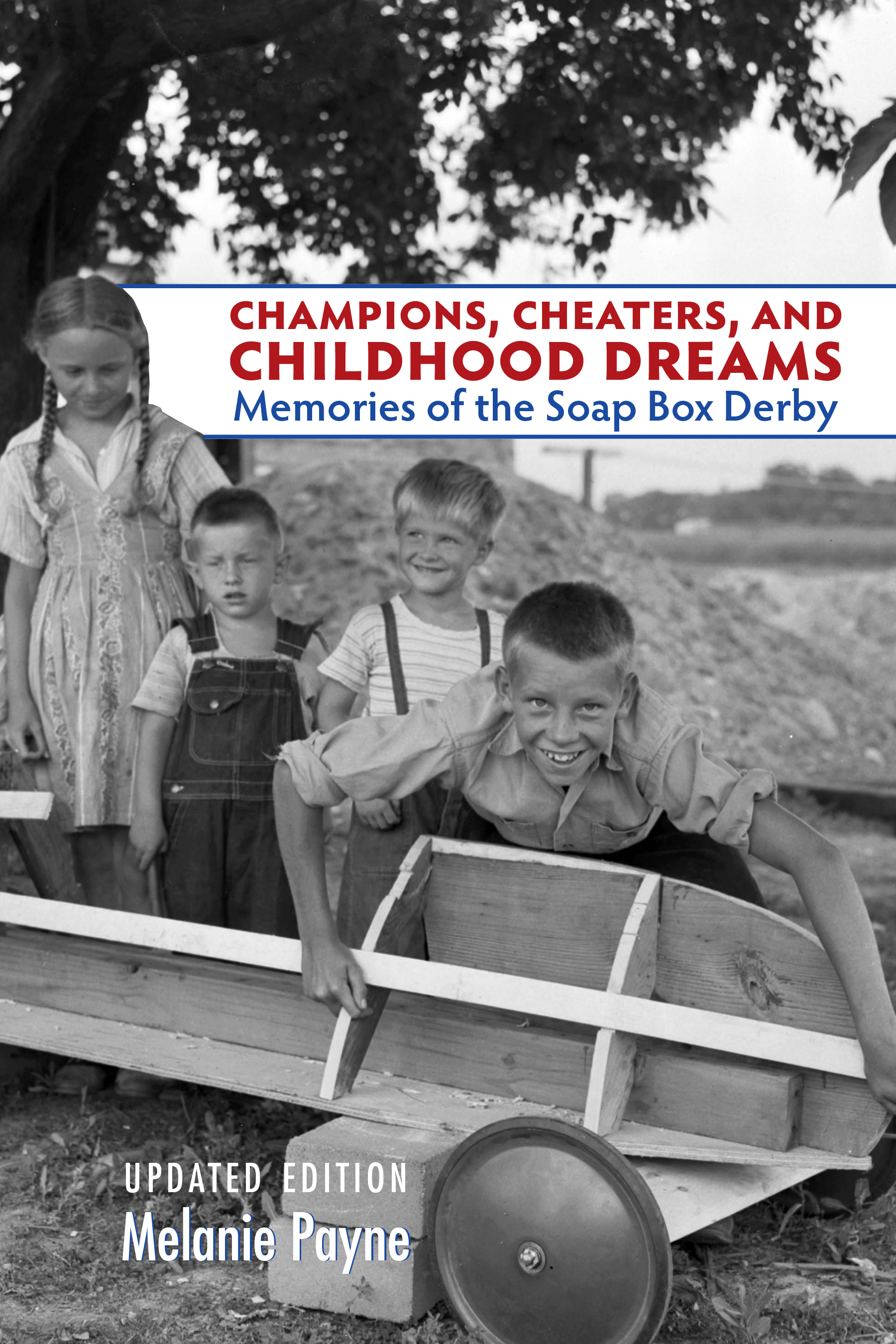 Memories of the Soap Box Derby

From 1934 to the 1970s, the All-American Soap Box Derby pushed thousands of youths to use their curiosity, ingenuity, and determination to become the most famous kid in America. Through first-person accounts, Champions, Cheaters, and Childhood Dreams chronicles a history of the race from a hillside in Dayton to the corporate-sponsored, star-studded event it would become in the 1950s and 1960s. The influence of the Great Depression, World War II, the Civil Rights and feminist movements, Vietnam, and Watergate helped shape and transform the race from a simple amateur event into an American icon. The revised edition has been updated to include race histories through 2010.

Melanie Payne is an award-winning journalist and writer. Her work has appeared in magazines and newspapers nationwide. She has worked as a staff writer for the Akron Beacon Journal, the Sacramento Bee newspapers, and the News-Press in Fort Myers, Florida. A Cleveland, Ohio native, she currently lives in Southwest Florida.