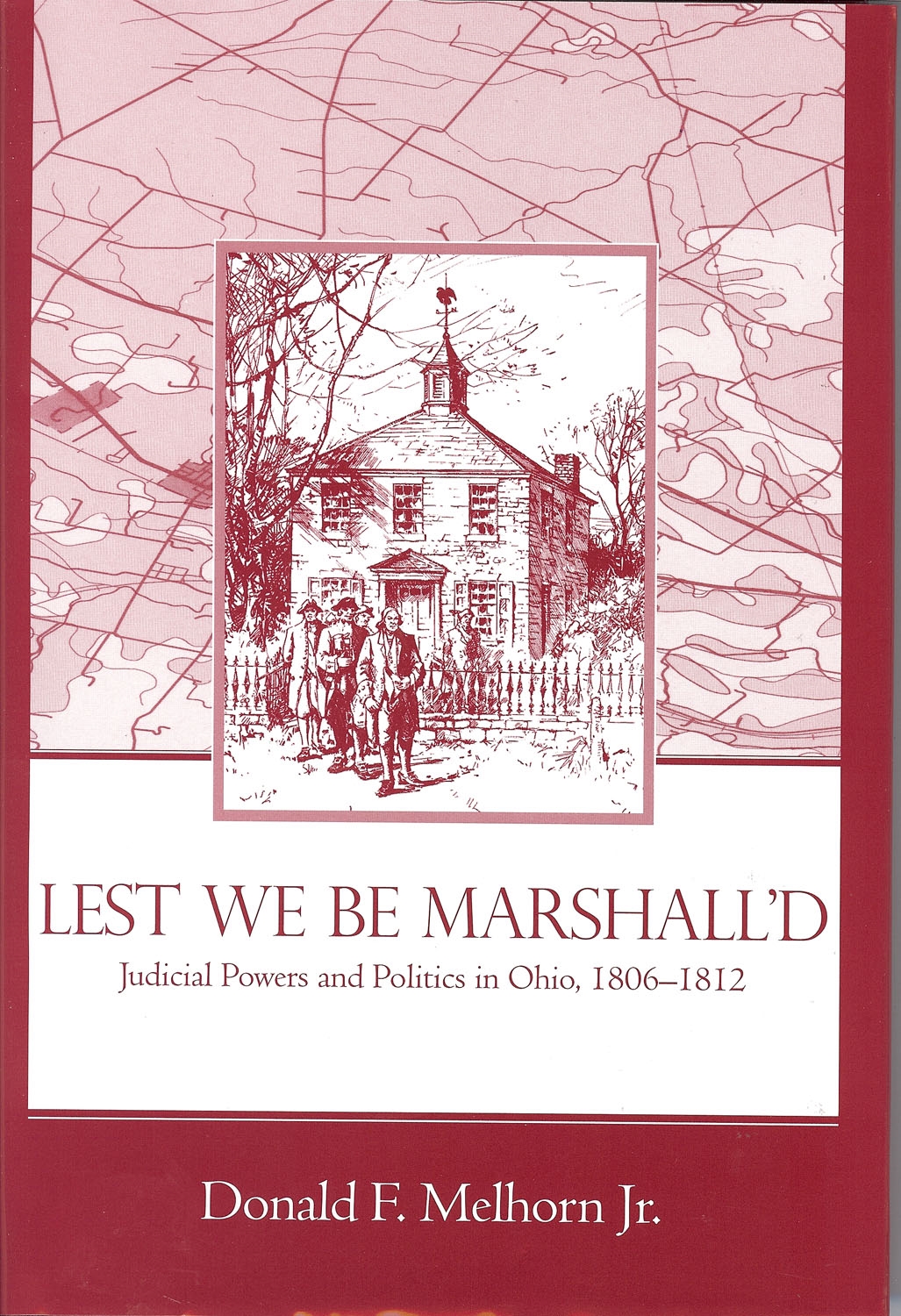 Lest We Be Marshalled

Although the power of American courts to determine the constitutionality of laws (the power of judicial review) was sometimes disputed during the first decades of the nation's history, Ohio was the only state where the judiciary's claim to the power was challenged by subjecting judges who had exercised it to prosecution by impeachment. George Tod and Calvin Pease were accordingly tried by the Ohio Senate in 1809, charged with subverting the state constitution by undertaking as judges to pass on the constitutionality of an act of the legislature. With the legitimacy of such undertakings the sole contested issue, both trials ended with 'guilty' votes of a majority of the senators, one short of the two-thirds required for conviction. Frustrated by the inconclusiveness of this result, opponents of the power invoked a novel interpretation of the state constitution's tenure provision to purge Ohio courts of all judges considered insufficiently deferential to the legislative branch. Known as the Sweeping Resolution, this action raised the broader constitutional issue of the judiciary's independence as a branch of government. The controversy lasted from 1806, when the first of the court decisions invalidating an act of the legislature was rendered, until 1812 when the Sweeping Resolution was effectively repealed. The constitutional issues were themselves addressed by political processes, in statewide elections as well as in the impeachment trials and that they were concurrently subjects of prolonged and widely participatory public discourse makes the story especially interesting.

Donald F. Melhorn, Jr. has been in practice with Marshall and Melhorn since 1964. He has also been a Lecturer in Law at the University of Toledo College of Law. He received his B.A. at Yale University and his LL.B. from Harvard Law School in 1960.