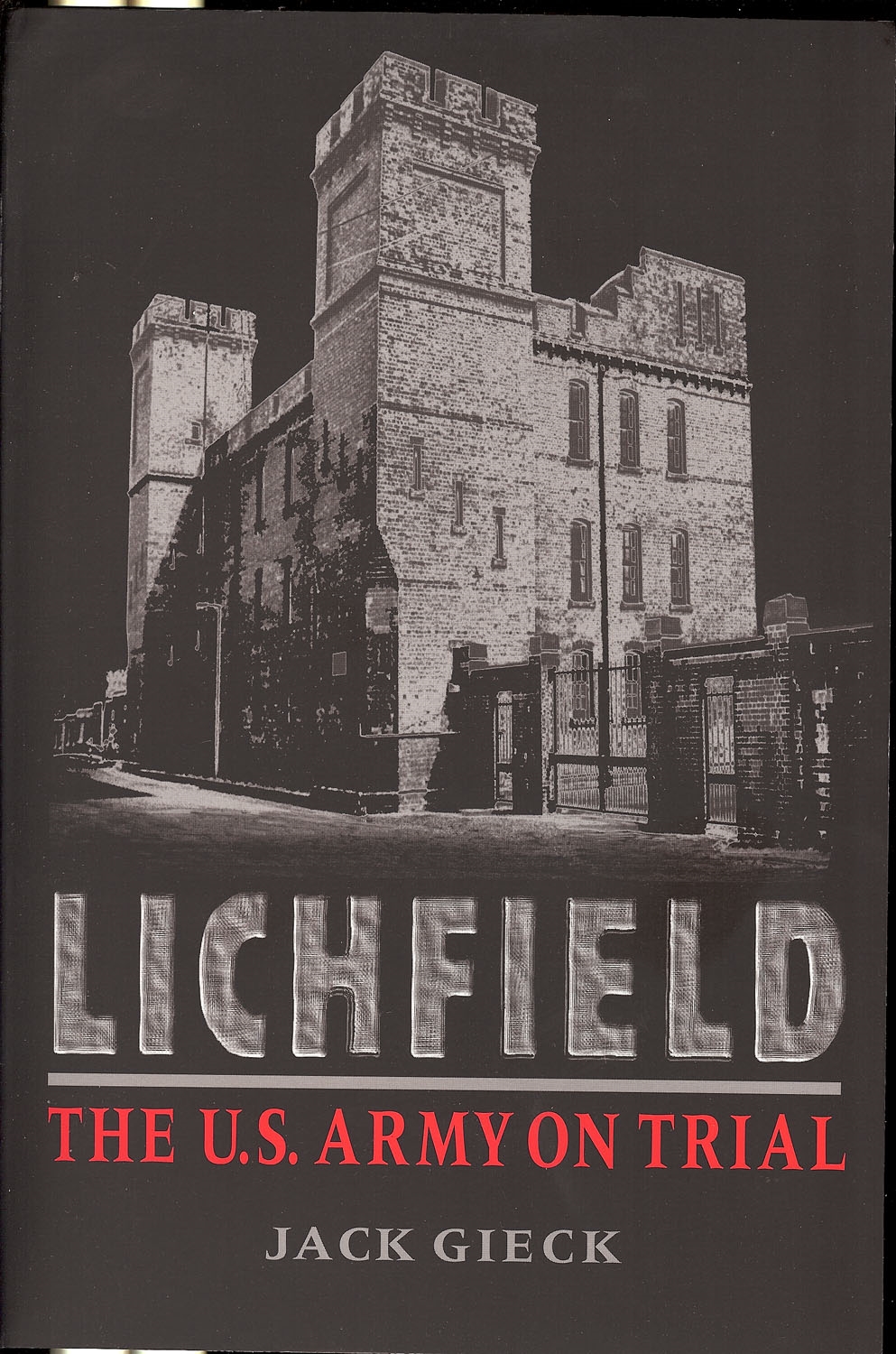 The U.S. Army On Trial

As a young officer, Jack Gieck attended sessions of a military trial that could rival in dramatic intensity such films as A Few Good Men. Years later, still fascinated by this clash of strong personalities, these courtroom intrigues, he began the extensive research that led to this book. Lichfield: The U.S. Army on Trial chronicles a series of courts-martial held at the end of World War II, precipitated by events at an infamous U.S. Army replacement depot near Lichfield, England, which the Army newspaper The Stars and Stripes characterized as

A Registered Professional Engineer, Jack Gieck elected early retirement in 1982 as Director of New Product Development for Firestone to become a full time writer/producer of industrial, educational, and historical films, founding his own company, Cinemark, Inc. He has accumulated more than three dozen awards for his work in films, filmstrips, and videos, competing against companies such as Turner Television, BBC, and CBS. His publications include A Photo Album of Ohio's Canal Era, 1825-1913, and a contributing chapter in Engineering Uses of Rubber.