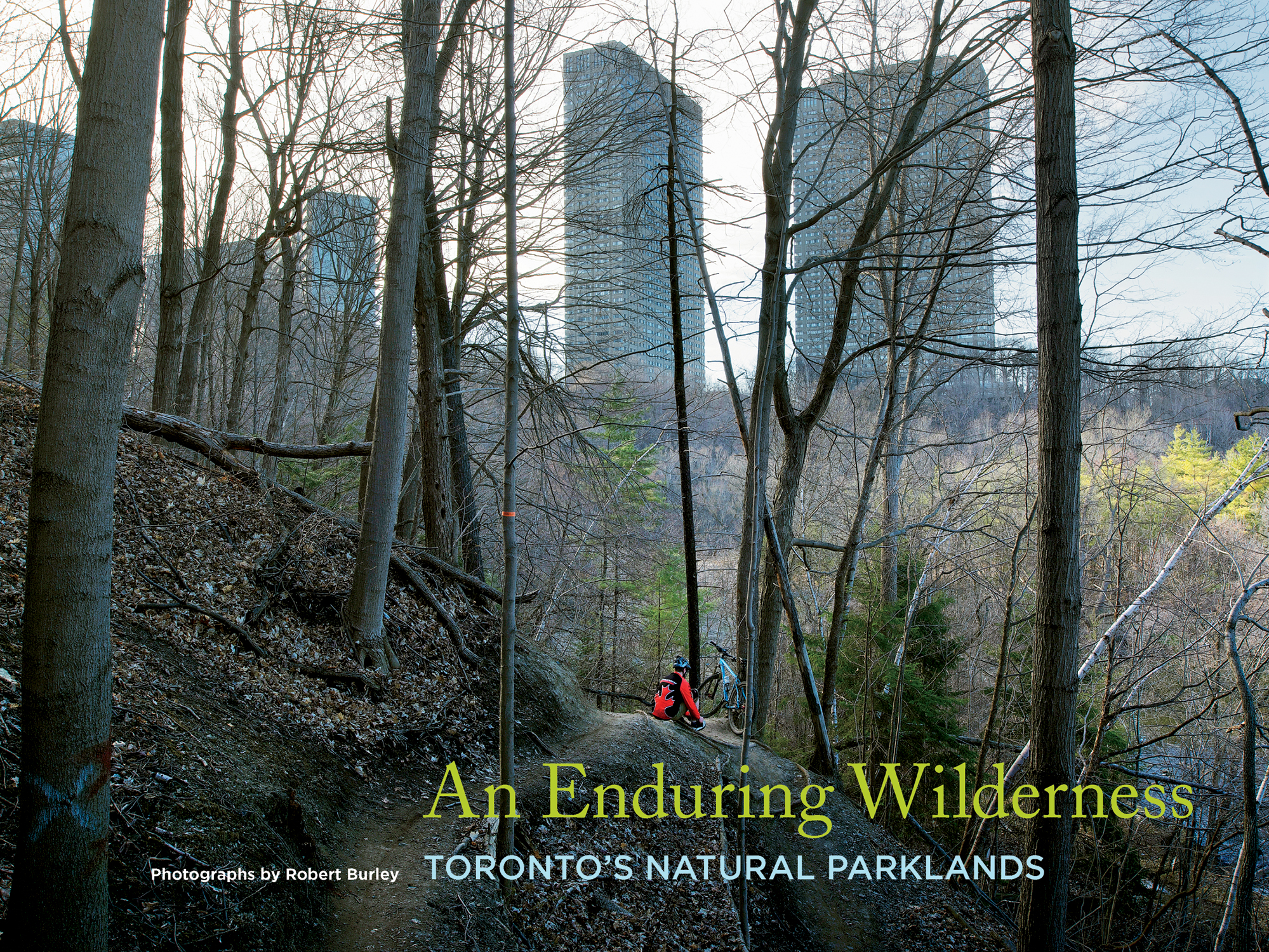 In a city sometimes referred to as “The Big Smoke,” Toronto’s extensive network of sunken rivers, forested vales, and expansive shoreline has been too often overlooked, neglected, or forgotten. However, the last 25 years has seen these distinctive landscapes rediscovered and even embraced as great civic spaces. Commissioned by the City of Toronto to chronicle the wonders of these wilderness parks, renowned photographer Robert Burley looks at these sites as integral parts of urban life, from breathtaking lake views of the Scarborough Bluffs to glimpses of the densely wooded trails in the Carolinian forests of Rouge Park, Canada’s first and only urban national park.

Burley’s photos are augmented with selections of poetry and prose by some of Toronto’s best-known writers, including Anne Michaels, George Elliott Clarke, Alissa York, and Michael Mitchell. A historical essay and an appendix highlight the history, the biodiversity, and the priceless cultural value of these urban parklands. Though confined to the city limits, An Enduring Wilderness is full of surprising ecological and urban discoveries that know no limits themselves.

Over a career spanning 35 years, Robert Burley has undertaken numerous urban landscape projects, including an exploration of Chicago’s O’Hare Airfield and, as part of the larger commission, Viewing Olmsted, New York City’s Central Park. In 2012, Burley published The Disappearance of Darkness, documenting the demise of the industrial architecture supporting analog photography. Burley’s works are collected and exhibited by major art museums around the world. He currently lives in Toronto and teaches at Ryerson University’s School of Image Arts.