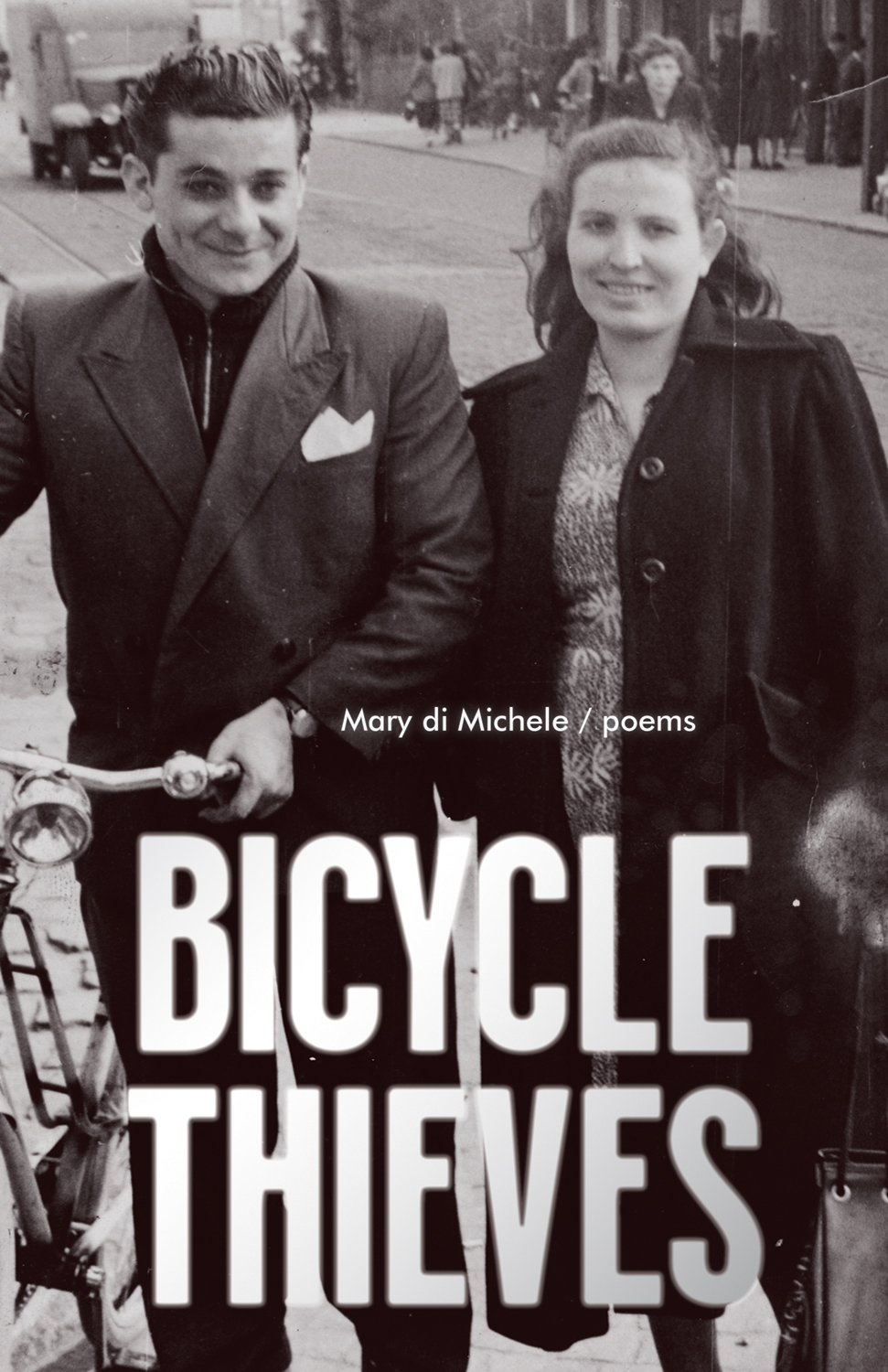 A masterwork from one of Canada’s most important poets Referencing the post-war neorealist film by Vittorio De Sica, Mary di Michele’s Bicycle Thieves commemorates her Italian past and her life in Canada through elegy and acts of translation of text and of self. The collection opens with a kind of hymn to life on the planet, sung from the peak of that urban island, Montreal — an attempt to see beyond death. The book moves into a sequence of poems described by Sharon Thesen as the poet “envisioning the passage of time under the ‘full and waning’ moon of Mount Royal’s beacon cross, recalling her Italian immigrant parents in Toronto and her current life in Montreal [. . .] a sort of Decameron.” Thesen’s description is apt for the collection as a whole, which moves into the poet’s autobiography — in search of catharsis through literature — and pays tributes to poets who have been part of the literary landscape di Michele now inhabits. Bicycle Thieves is poetry as time machine, transcending the borders between life and death, language and culture.

Poet, novelist, and member of the collaborative writing group, Yoko’s Dogs, Mary di Michele is the author of 12 books. She has won numerous awards, including the Confederation Poets Prize and the Malahat Review’s Long Poem Prize, and has appeared on shortlists for many others. Mary has been living in Montreal and teaching at Concordia University in the creative writing program for more than 25 years.