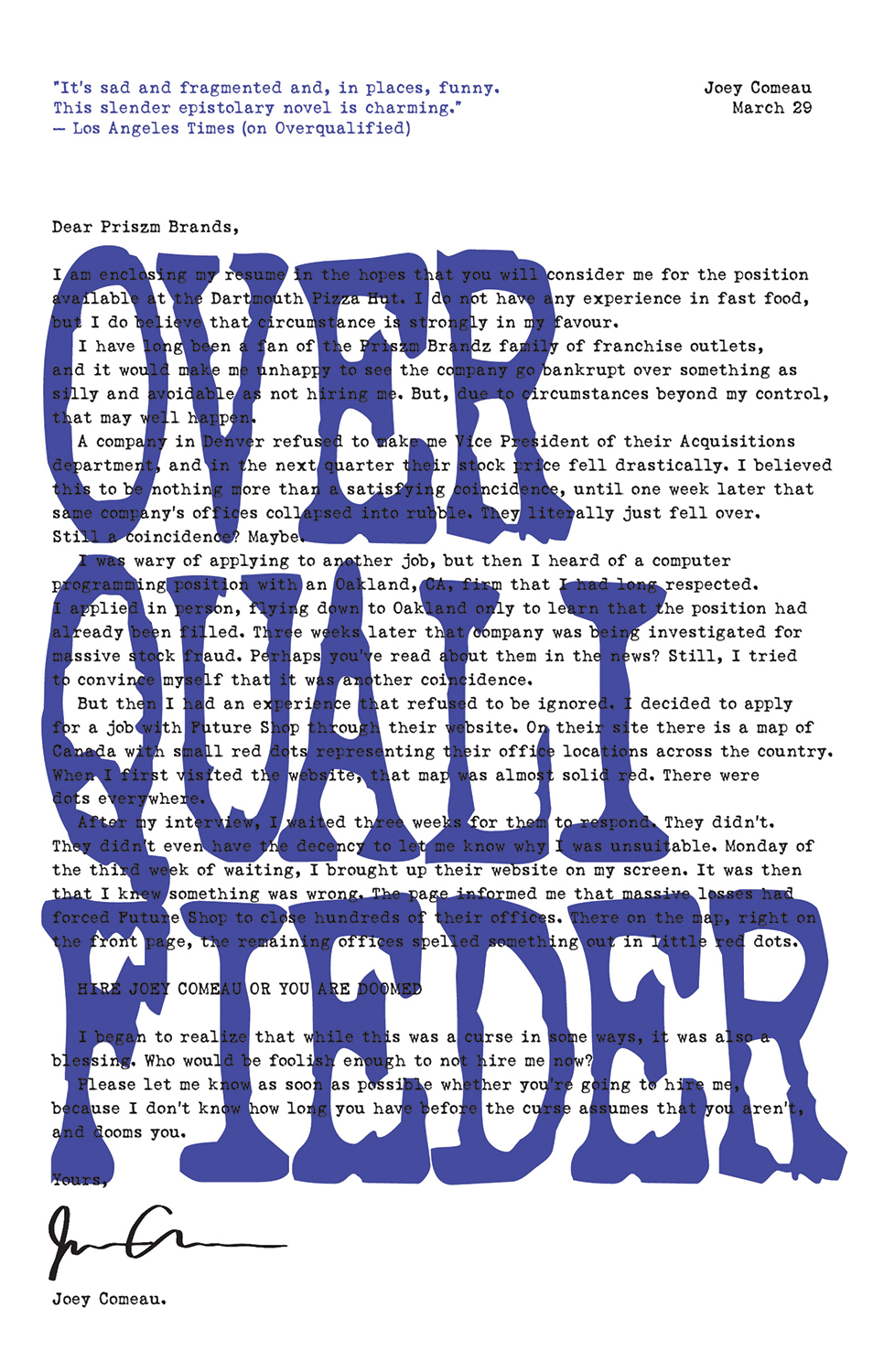 Applying for a job is stupid. It is a demeaning, humiliating exercise in learning to grovel in front of faceless strangers. Everyone who has ever sent a job application letter has felt the urge, the temptation to say what they really think. To say something completely insane, or to be brutally honest. With 2007’s Overqualified, Joey Comeau acted on those urges and delivered a book collecting his cover letters. ?It’s sad and fragmented and, in places, funny,” the L.A. Times said. But even after the dozens of insane, hilarious, and sometimes strangely sad job application letters, he still didn’t get the job. So he’s at it again. A person needs to work, you know? But he’s had to step things up a bit. Were the letters not insane enough? Was he not sad or stupid enough? Did he not threaten to bite as many CEOs as he should have? There’s only one way to find out: OVERQUALIFIEDER.

Joey Comeau writes the comic A Softer World, which has appeared in the Guardian and been profiled in Rolling Stone, and which Publishers Weekly called ?subtle and dramatic.” He is the author of a number of books, including Overqualified, The Complete Lockpick Pornography, and One Bloody Thing After Another, and the Bravest Warriors comic book series. Joey lives in Toronto, Ontario.