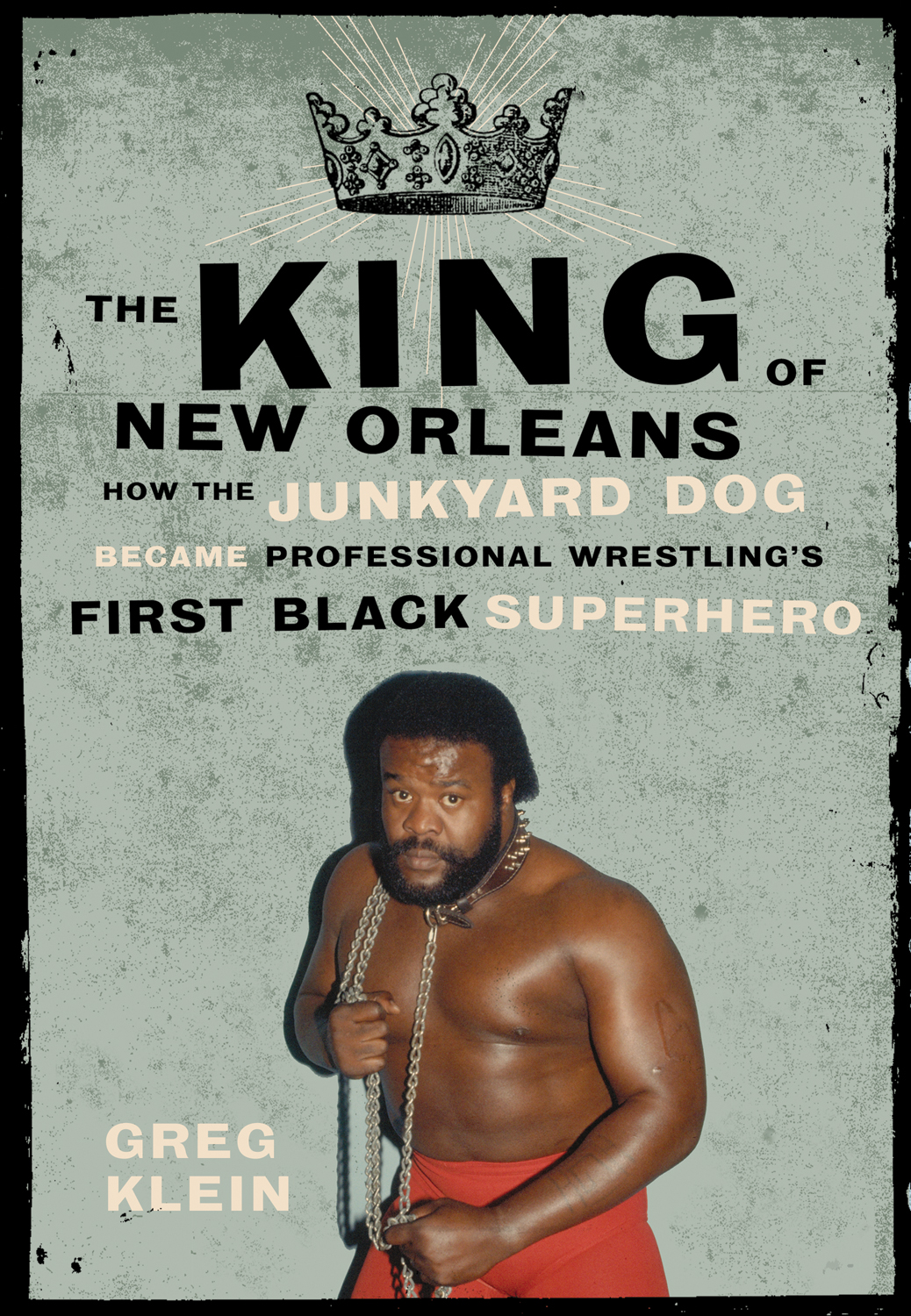 The King of New Orleans

A Big Easy legend returns to the limelight New Orleans was once one of the hottest cities for pro wrestling because of one man — Sylvester Ritter, better known as the Junkyard Dog. JYD became a legend in the Big Easy, drawing huge crowds to the Superdome, a feat no other wrestler ever came close to. In 1980, he managed to break one of the final colour barriers in the sport by becoming the first black wrestler to be made the undisputed top star of his promotion. This biography aims to restore JYD to his deserved place in the history books by looking at his famous feuds, the business backstories, and the life of the man outside the ring. The King of New Orleans recounts the story of how an area known for racial injustice became the home of wrestling’s most adored African-American idol. A remarkable tale of a man still remembered on the streets of New Orleans and in the hearts of pro wrestling fans.

An actor, writer, director, and producer, GREG KLEIN grew up wanting to be a professional wrestler because of Mid South Wrestling. He has a journalism degree from Auburn University; after college, he was a reporter by day and wrestler by night. Klein currently lives in New York.