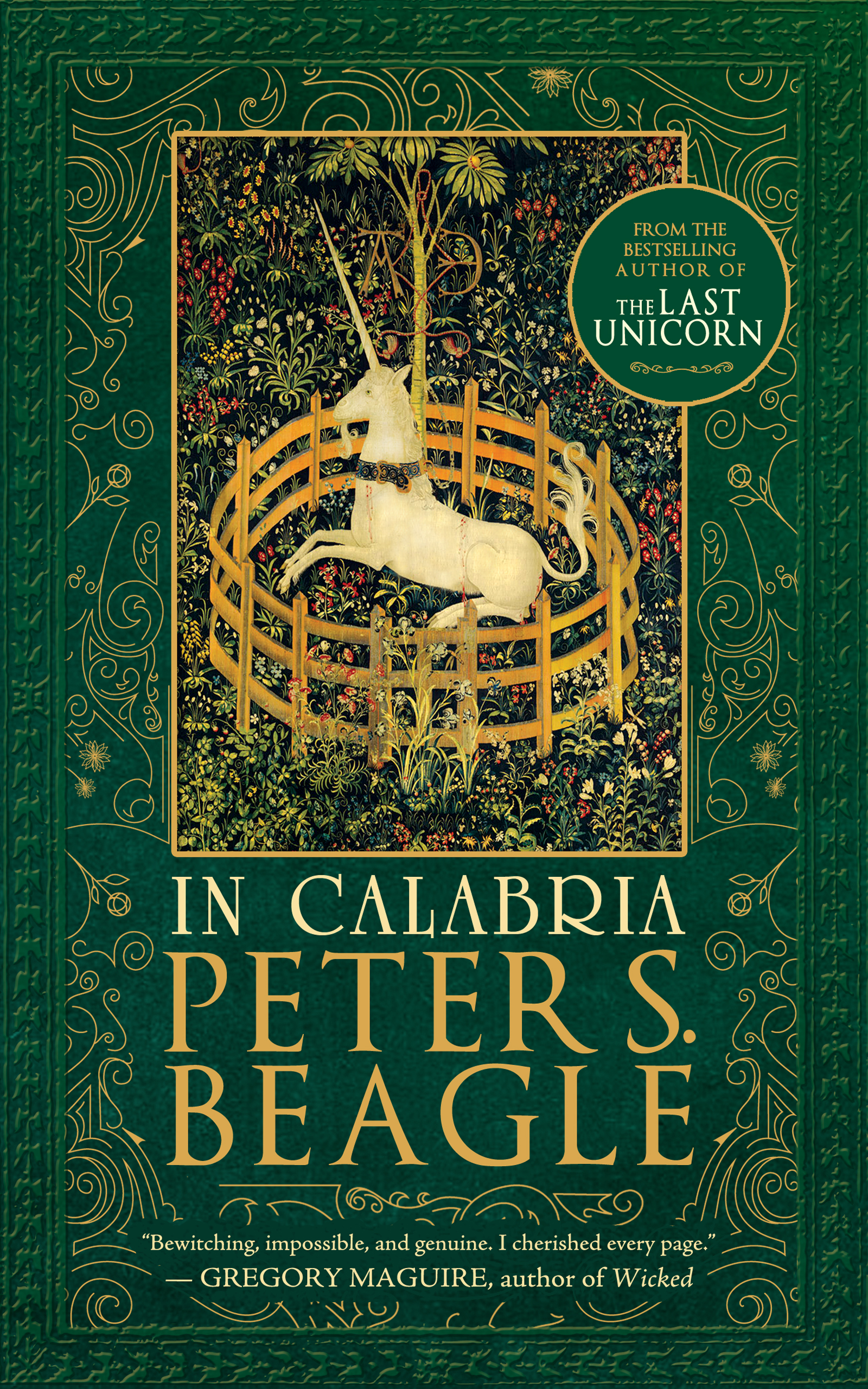 “Beagle's unicorns have never been more bewitching, impossible, and genuine. I cherished every page.”
—Gregory Maguire, author of Wicked and After Alice

From the acclaimed author of The Last Unicorn comes a new, exquisitely-told fable for the modern age.

Claudio Bianchi has lived alone for many years on a hillside in Southern Italy's scenic Calabria. Set in his ways and suspicious of outsiders, Claudio has always resisted change, preferring farming and writing poetry. But one chilly morning, as though from a dream, an impossible visitor appears at the farm. When Claudio comes to her aid, an act of kindness throws his world into chaos. Suddenly he must stave off inquisitive onlookers, invasive media, and even more sinister influences.

Lyrical, gripping, and wise, In Calabria confirms Peter S. Beagle's continuing legacy as one of fantasy's most legendary authors.

Peter S. Beagle is the internationally-bestselling author of the fantasy classic, The Last Unicorn, which has sold over five million copies since its initial publication in 1968. His novels include A Fine & Private Place, The Innkeeper's Song, Tamsin, and most recently, Summerlong and In Calabria. His short fiction collections include The Line Between and Sleight of Hand. Beagle is also the editor of The Secret History of Fantasy and The New Voices of Fantasy (with Jacob Weisman). His screenwriting credits include Star Trek and the animated movies of The Lord of the Rings and The Last Unicorn.

Beagle has won the Hugo, Nebula, Mythopoeic, and Grand Prix de l'Imaginaire awards, as well as lifetime achievement awards from Comic-Con and the World Fantasy Convention. He lives in Richmond, California, where he is working on too many projects to begin to name.