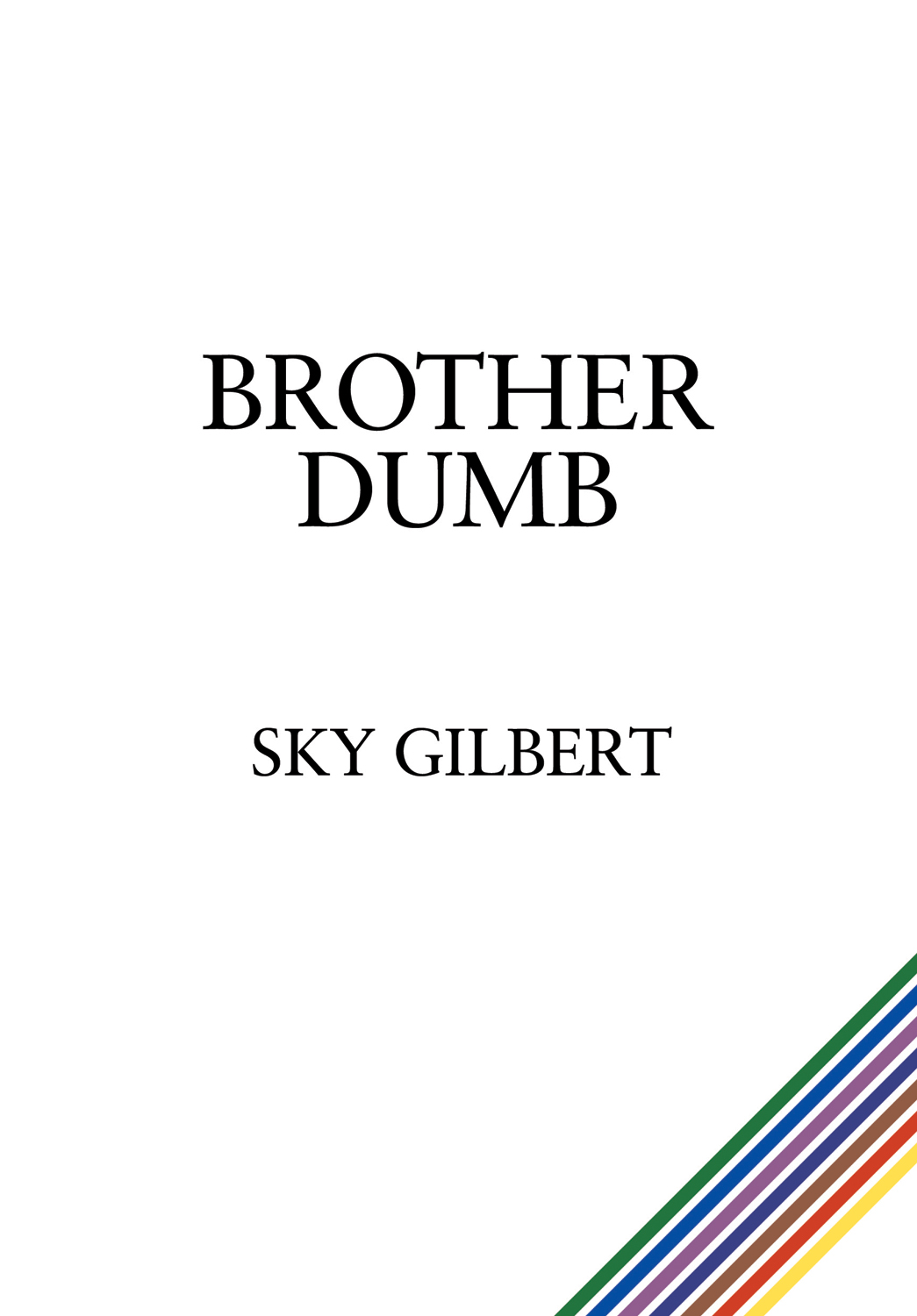 Brother Dumb is the memoir of a reclusive American literary icon. Brother Dumb is a how-to manual for meaningful critical engagement with the real world. Brother Dumb is a celebration of innocence, youth, and altruism. Brother Dumb is a true story of self-imposed exile. . . .Brother Dumb is also a work of fiction.Brother Dumb begins in the mid-40s, but spans decades, delving deep into the five tortured relationships that have shaped one writer’s psycho-sexual history — but it also details his bitter literary decline and withdrawal from public life. Brother Dumb is a misanthrope. His withdrawal from the world is as famous, or infamous, as his writing — something that he takes great pains to explain is not a desperate cry for attention.Attention is the last thing Brother Dumb wants.So why publish this memoir? Why expose himself to a world of stupid, lecherous, greedy, evil, and calculating people?Because he can’t not write. And because, somewhere out there, a kindred soul might actually be reading. . . .

Sky Gilbert is an outspoken gay activist. A writer, director and drag queen extraordinaire, Gilbert was the artistic director of Buddies in Bad Times Theatre (North America’s largest gay and lesbian theatre) in Toronto for 18 years. Since leaving in 1997, he has published four novels, two books of poetry, four plays, and a memoir. Recently, he received both The Margo Bindhardt Award from the Toronto Arts Foundation and the ReLit Award for his fourth novel, An English Gentleman. Gilbert holds the University Research Chair in Creative Writing and Theatre Studies at the University of Guelph.