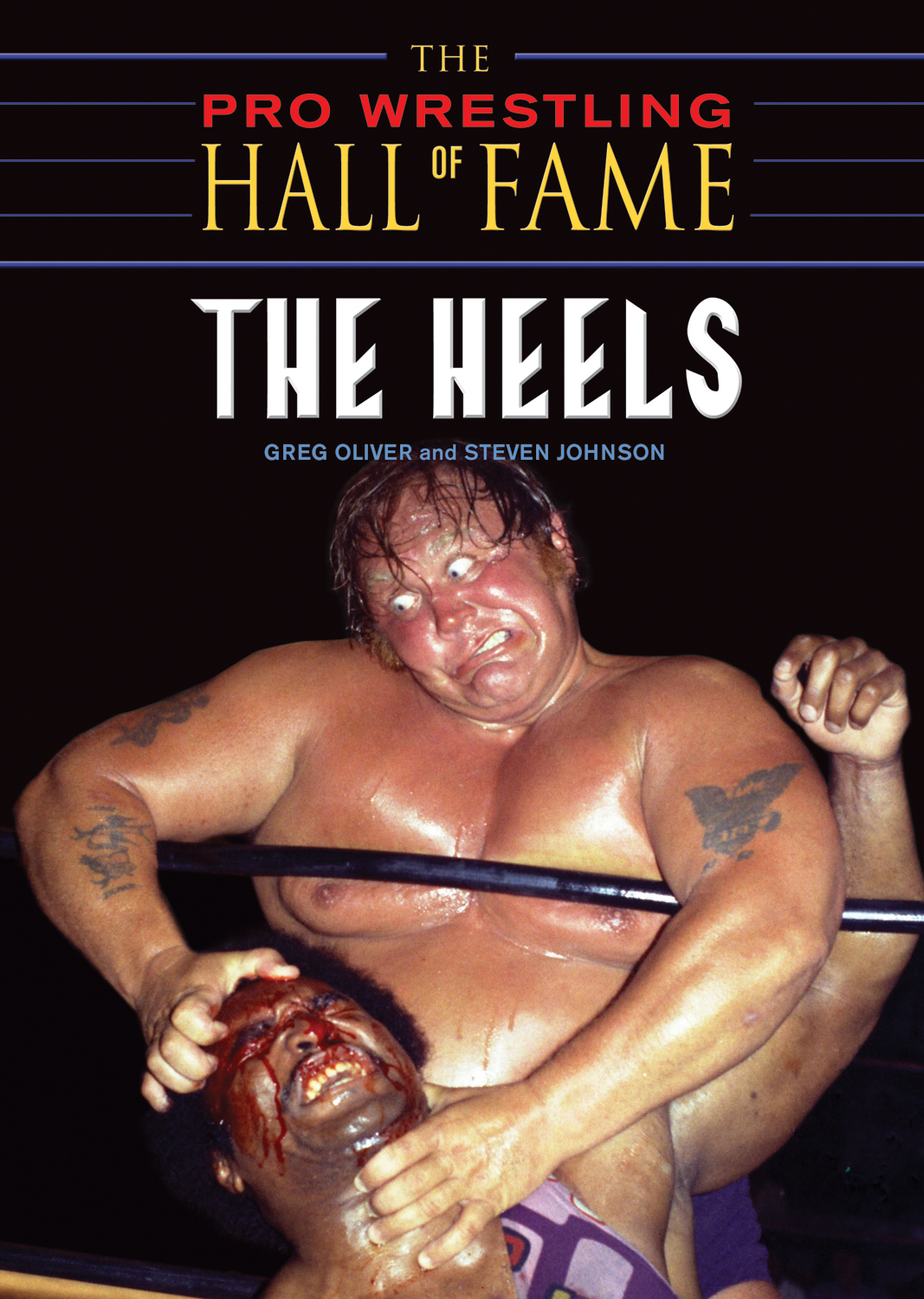 The colorful villains, heels, bad guys, and rule breakers worthy of a spot in the pro wrestling hall of fame

In The Pro Wrestling Hall of Fame: The Heels, critically acclaimed authors Greg Oliver and Steven Johnson take readers on an informative and entertaining ride through mat mayhem. With their signature mix of original research, interviews, and anecdotes, they describe the rise and development of wrestling’s bad guys, from riots in small-town arenas in the 1920s to the mega-event pay-per-views of today. The Heels explains how a barrel-chested Milwaukee brewer became wrestling’s first Nazi, then served his country with distinction in World War II, as well as how bleached blond bad guys like the legendary Ric Flair trace their lineage to Gorgeous George — and about the little-known Ohioan that George himself emulated. And of course, Oliver and Johnson’s list of the most influential heels in history is sure to spark debate.

Like its predecessors in the Pro Wrestling Hall of Fame series, The Heels features more than a hundred rarely or never-before-seen photos of wrestling’s most despised characters. From the casual fan to the wrestling historian, anyone interested in the unique world of sports entertainment should have this on their bookshelf.