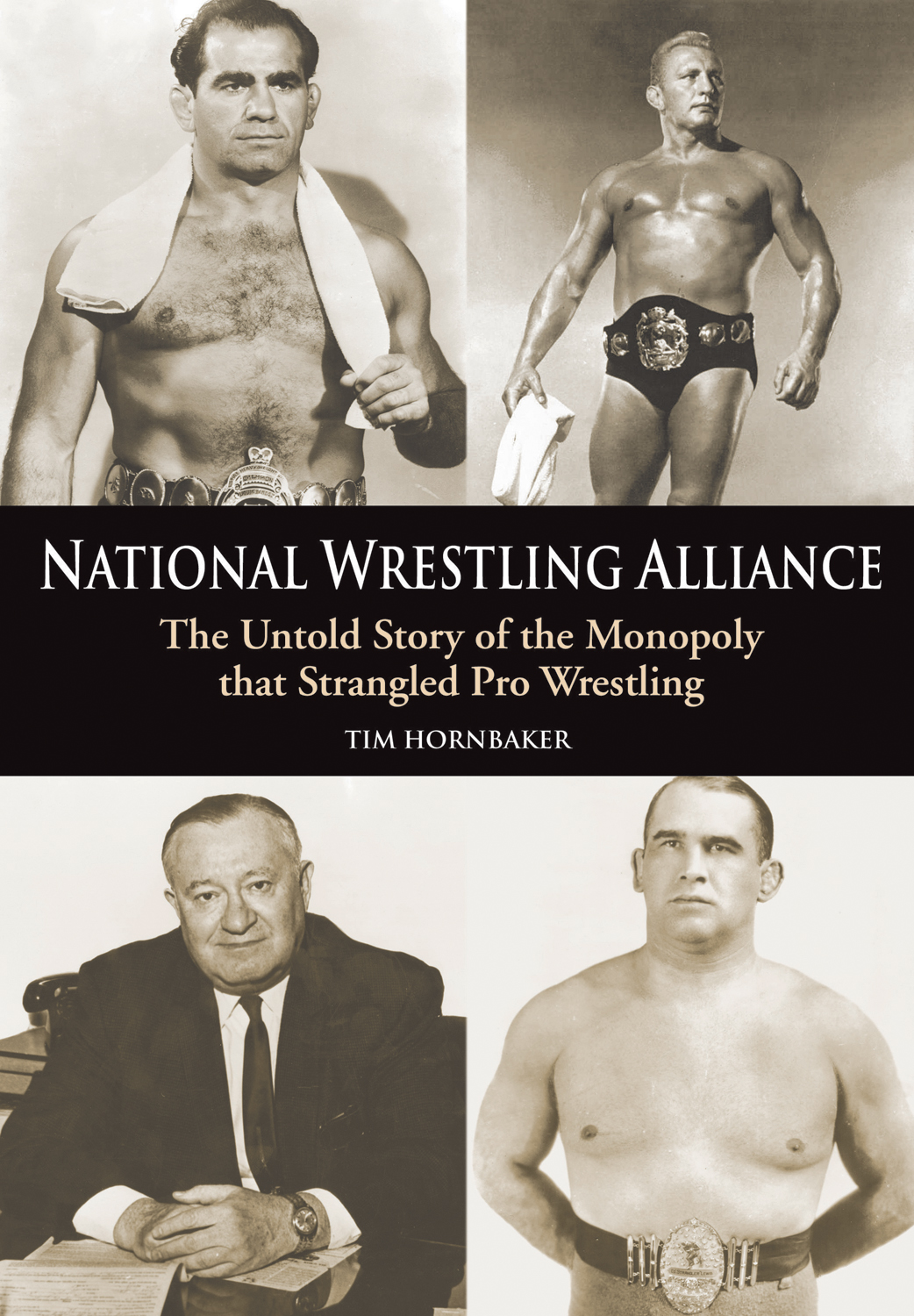 The Untold Story of the Monopoly that Strangled Professional Wrestling

?In the 1950s, in Las Vegas, a businessmen’s conglomerate dominating a $25 million-a-year sports industry hid their illegal practices from the U.S. Department of Justice until they were caught. The sport that privileged cold hard cash over honest competition was professional wrestling, and the conspirators were members of the famed National Wrestling Alliance. National Wrestling Alliance: The Untold Story of the Monopoly that Strangled Pro Wrestling examines the NWA promoters’ overwhelming success, and the relationships to influential politicians and writers that protected their financial interests for over 50 years. Breaking the façade of sports production, it shows how promoters actually twisted arms to edge out their opponents. Hornbaker documents the life of the NWA, from its humble beginnings in the Midwest after World War II, to its worldwide expansion. He chronicles the Department of Justice’s investigation, providing sports fans with a never-before-told side of wrestling’s legacy. The most noteworthy exploits of the National Wrestling Alliance were behind locked doors. Now, the conspiracies of a century-old brand of entertainment will finally be revealed.

Timothy Hornbaker has researched professional wrestling for the past 10 years. For this book, he has received assistance from descendants of the National Wrestling Alliance’s most famous members. He is an avid baseball fan and lives in Southern Florida.