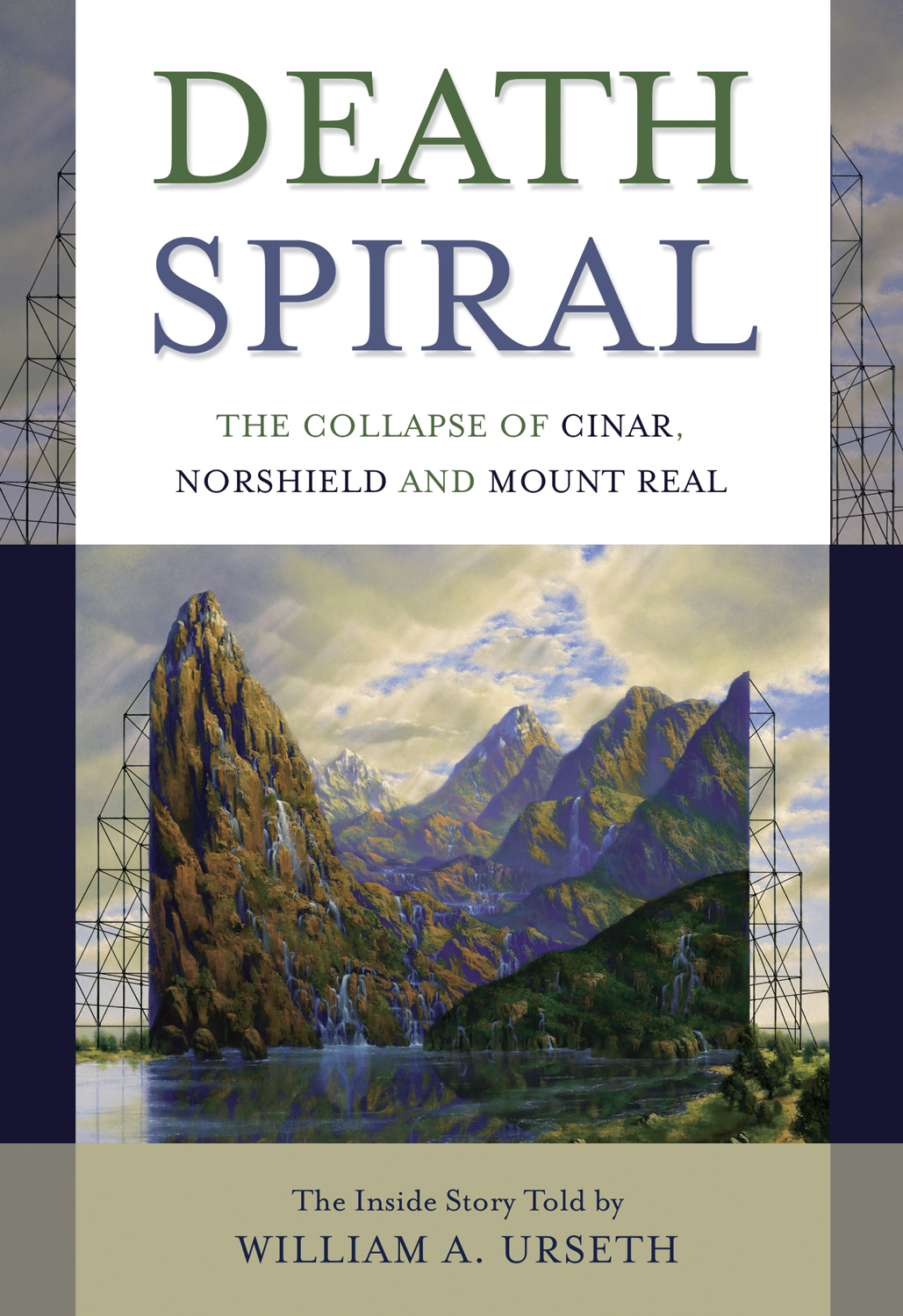 The Collapse of Cinar, Norshield and Mount Real

Death Spiral is the story of three successful businesses and their self-made CEOs who would rise to national prominence and then see their work destroyed. Ron Weinberg and Micheline Charest would build Cinar Films into a world power of children’s television programming. John Xanthoudakis, the CEO of Montreal’s Norshield Financial Group (an emerging and successful alternative investment company) and Weinberg’s paths would cross as Weinberg began to invest large sums of money in a Bahamian Hedge Fund called Globe-X. Over a span of two years, $108 million of Cinar’s money would be invested in Globe-X. Across town his longtime friend and sometimes business partner, Lino Matteo, was building a public company called Mount Real. In March of 2000 Weinberg’s Board was fed up with surprises and revelations surrounding tax scams and personal abuse of corporate funds, and declared the money invested by Cinar in the Bahamas as missing.” Weinberg, Charest, and Hasanain Punju were then fired from the company. John’s life would be fixated on how to keep the Cinar fire” from destroying the other parts of his successful business. Over the next five years he would fence with Cinar’s new management, bankruptcy receivers, Cinar’s new owners, and the unprecedented litigation machine of the CCE,” a high-bred organization funded by the 2004 Cinar asset sale. The CCE would eventually spend millions of dollars pursuing Xanthoudakis, Matteo, Weinberg, Panju, and Charest for money. By May of 2005 Norshield Financial Group, the largest Hedge Fund in Canada, would be put out of business; by November Mount Real, a TSX listed entity, would be closed, and Weinberg’s assets seized or under court control. In all, over $2,500,000,000 in investment capital would be lost by investors between the three debacles. Death Spiral reveals the character and structural flaws of the complex business world in which we live.

William Urseth is president of Strategic Research and Marketing and the editor-in-chief of "Menz Tournament Hunter" magazine. He is the cohost of "Quest for the One." He lives in Montreal, Quebec.