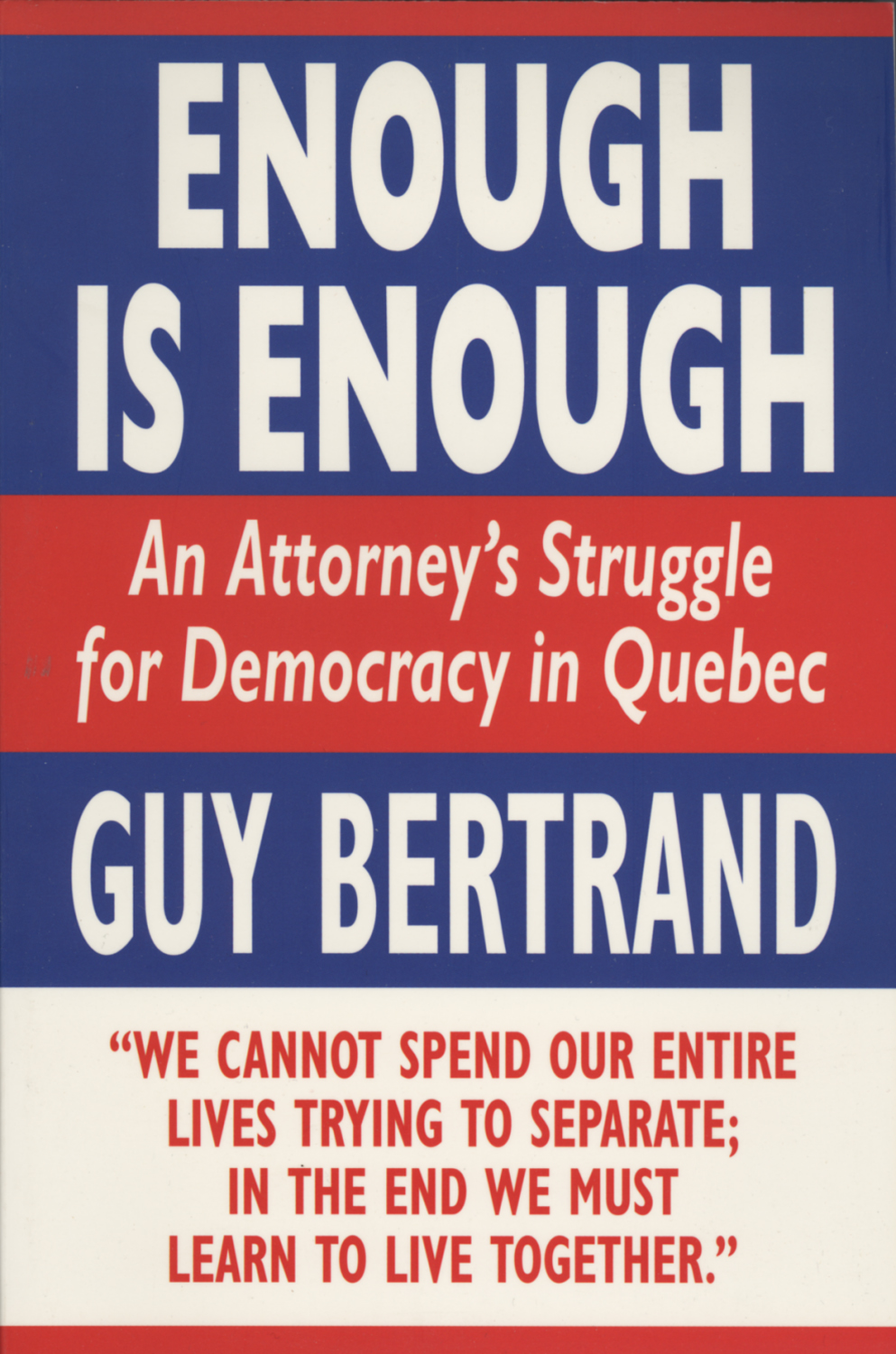 An Attorney's Struggle for Democracy in Quebec

An Attorney's Struggle for Democracy in Quebec. Guy Bertrand made front-page news across Canada when he challenged Quebec's referendum laws in court. In the face of the October referendum he obtained a court judgement declaring the referendum law illegal. After the referendum, he made front-page news again when he asked the courts to issue a permanent injunction banning any future unilateral declaration of independence by the Province of Quebec. For Bertrand, enough is enough. In this startling and candid book, Mr. Bertrand describes the long march that led him from being a founding member of the Parti Québécois and a diehard supporter of independence, to his creation of the Citizens for a Democratic Nation, a movement he founded in January 1996. The book explains this movement and what motivated him to challenge the legitimacy of the 1995 referendum in Quebec Superior Court. For Bertrand, the referendum was an illegal political coup d'état that defied both the Canadian constitution and the Charter of Rights. He reviews the disastrous social and economic effects that separation would have on Quebec and vigorously criticizes political élites, both nationalist and federalist, for losing touch with the real problems confronting ordinary people. He proposes new solutions for Quebec, and calls upon citizens to seek a better future as full members of the Canadian federation. Bertrand offers a moving and reasoned plea, in the name of all citizens, for democracy and the rule of law in a free society. The English translation includes the full text of the Lesage judgement that declared Quebec's Bill 1 illegal.

GUY BERTRAND has practised law since 1962. His numerous clients have included: people who had their land expropriated when Mirabel airport was built in 1982, members of the National Hockey League, and René Lévesque. A founding member of the Parti Québécois, he ran as a candidate for party president in 1985.