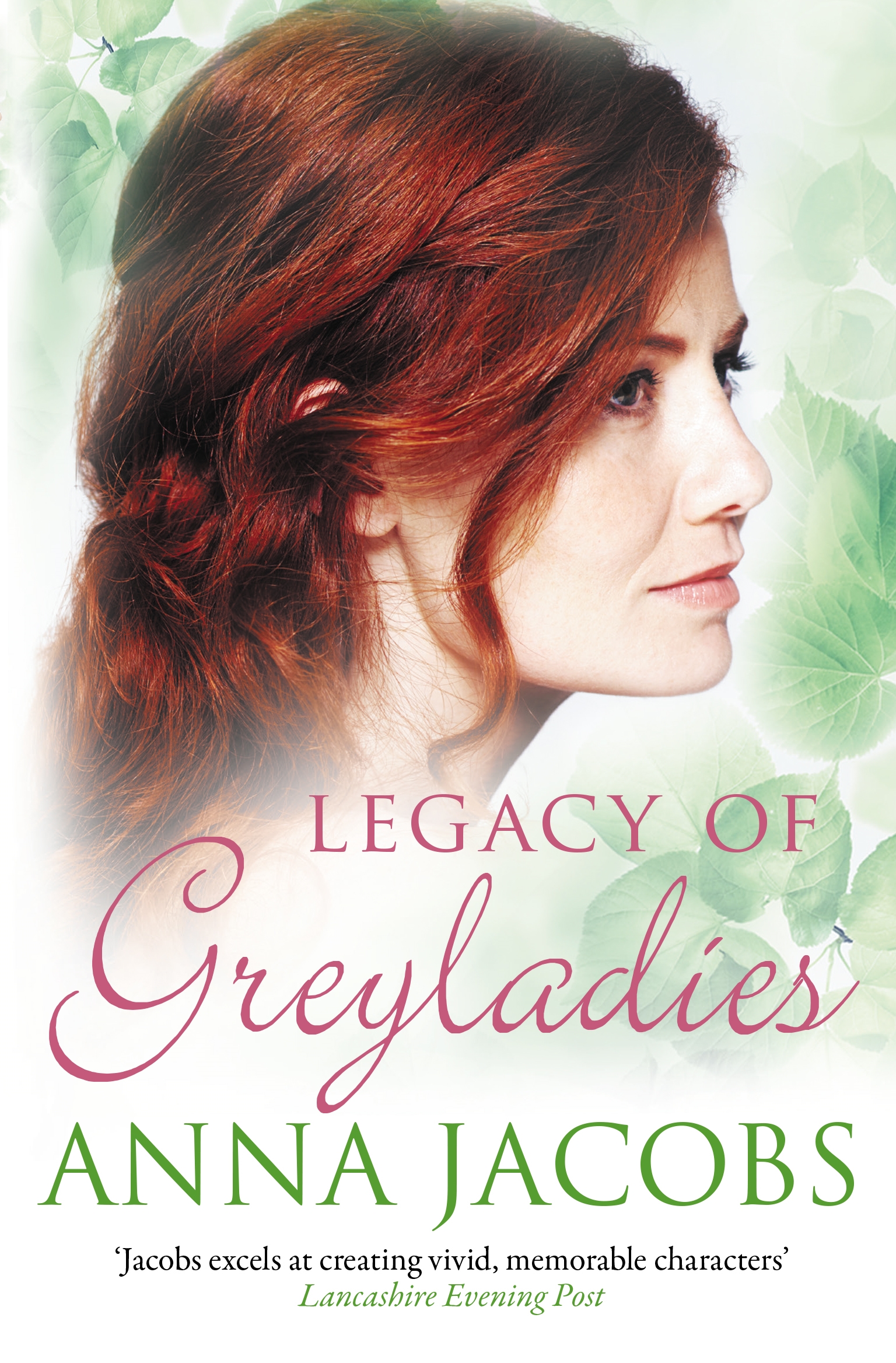 Wiltshire, December 1915. Olivia Hanbury is widowed and has been persuaded by her cousin Donald to move in with his meek little wife while he is serving in France. When he’s wounded, he returns home to convalesce. Tensions rise between him and lively Olivia. Her friend Babs involves her in starting the new Women’s Institutes and introduces her to Alex, an antiques dealer. Meanwhile, Phoebe Latimer is holding the fort at Greyladies, an ancient manor house, while her husband is away at war. But someone is attempting to rid Greyladies of the German internees based there. Their nasty tricks put Phoebe’s life and that of her unborn child at risk. A chance meeting brings Olivia to Greyladies, and she feels as though she’s finally come home. Alex joins her there. Will these three help one another through these troubled times? Or will violent men destroy Greyladies and all it stands for?

Anna Jacobs was born in Lancashire at the beginning of the Second World War. She has lived in different parts of England as well as Australia and has enjoyed setting her modern and historical novels in both countries. She is addicted to telling stories and recently celebrated the publication of her one hundredth novel, as well as sixty years of marriage.