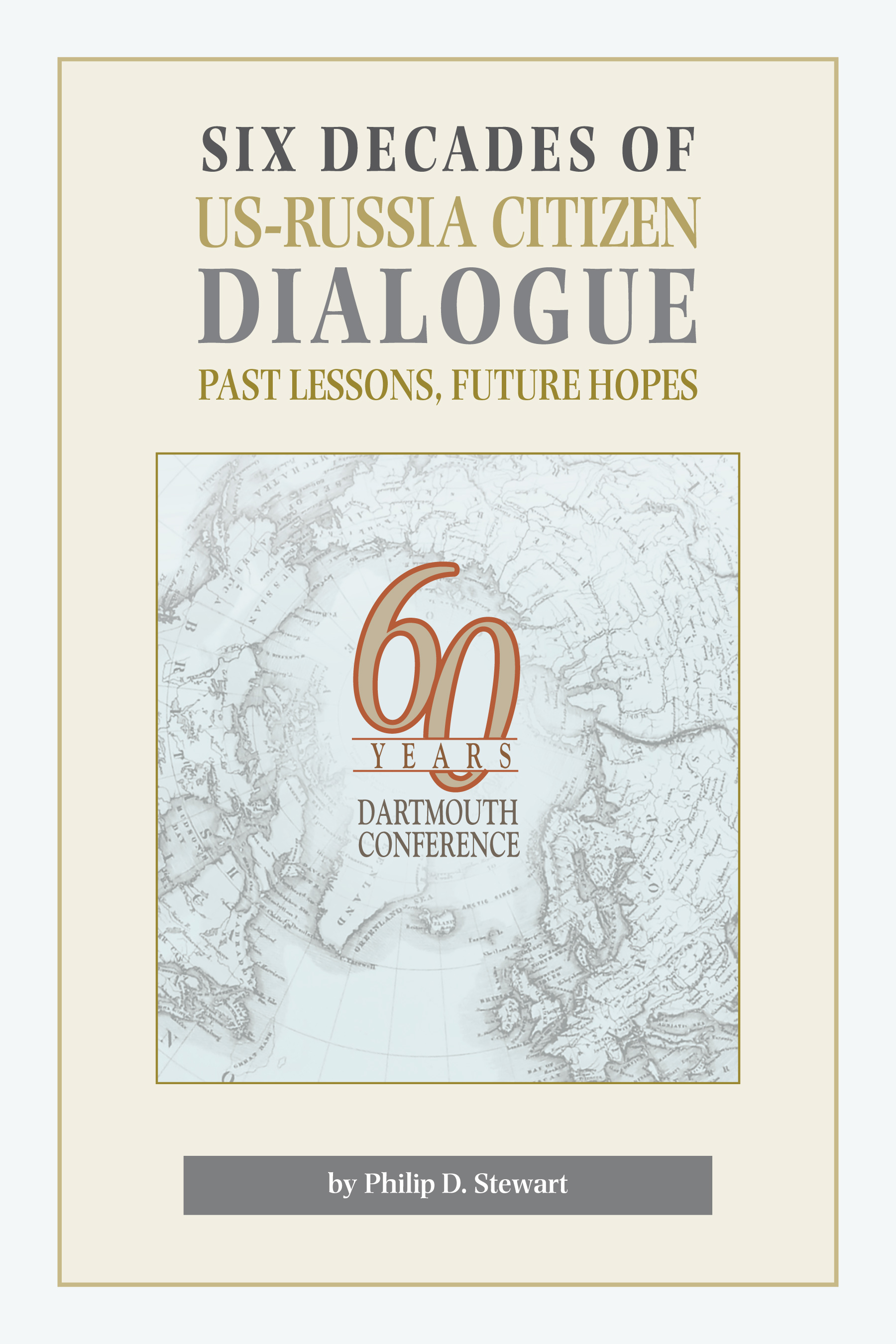 The Dartmouth Conference was born in the turmoil of the Cold War between the two major powers left standing after World War II: the US and the Soviet Union. While government officials from the US and (now) Russia occupy the public stage, Dartmouth is a distinct and innovative form of citizen diplomacy that takes place—more quietly and often successfully—behind the scenes, between highly experienced, influential citizens from both nations. This brief book highlights the stories of Dartmouth's work during its first 60 years and suggests an agenda for its future efforts.

Philip D. Stewart has been the executive secretary of the US-Russia Dartmouth Conference since 1972 and has participated in 104 of the 148 sessions of the conference. Stewart is a professor emeritus of political science at the Ohio State University, where he taught from 1964 to 1990. From 1990 to the end of 2001, he was general manager of Kellogg Latvia, serving markets throughout the former Soviet Union. Since 2002, Stewart has been a senior associate at the Kettering Foundation. As a professor, Stewart received numerous grants and awards, including a Fulbright-Hays fellowship and a MacArthur Foundation grant.