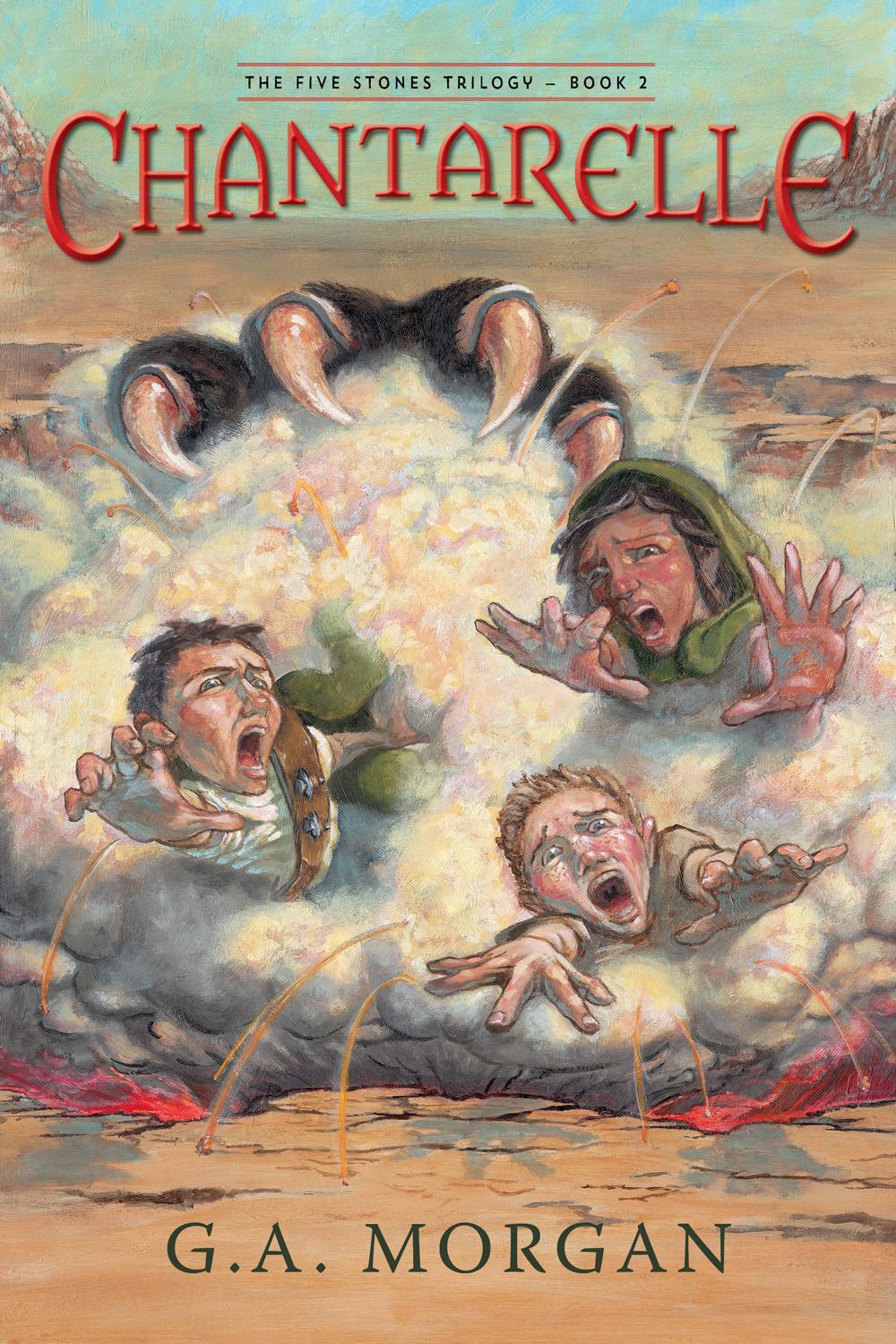 The battle for Ayda heats up in the second book of The Five Stones Trilogy.

Chase, determined to fulfill his promise to find the unifying Fifth Stone, finds the elusive Captain Nate and brings him back to the island of Ayda, where one of the realms is burning and two more are under siege from Dankar’s dark forces of Exor. Meanwhile, Knox and Evelyn must trust a mysterious guide to help them find a way back, though each has their own personal struggle to overcome. All three children must decide if they can put their own needs—and fears—aside to save their friends and family.

G.A. Morgan, who "excels at world-building," (School Library Journal), introduced us to Ayda in "The Fog of Forgetting." Now, she raises the stakes with a deeper examination of the evil power at work in Dankar, the conflict between love and loyalty, and the pain of sacrifice.

G. A. Morgan spent all of her childhood summers on an island in Maine, where she discovered that many secrets lie deep in the fog. She was formerly the managing editor of Chronicle Books before moving to Portland, Maine, where she has written for a variety of editorial and commercial clients, including LL Bean, Thos. Moser, Hay House Publishers, and Bon Appetit and Maine magazines. She has written several illustrated nonfiction works under her full name, Genevieve Morgan, and is the author of a recent nonfiction book for teens called "Undecided: A Guide to Navigating Life after High School" (Zest Books/2014). The author of "The Fog of Forgetting: Book 1 in The Five Stones Trilogy," she is currently working on "The Kinfolk," the last book in the trilogy, which will be available Summer 2016.