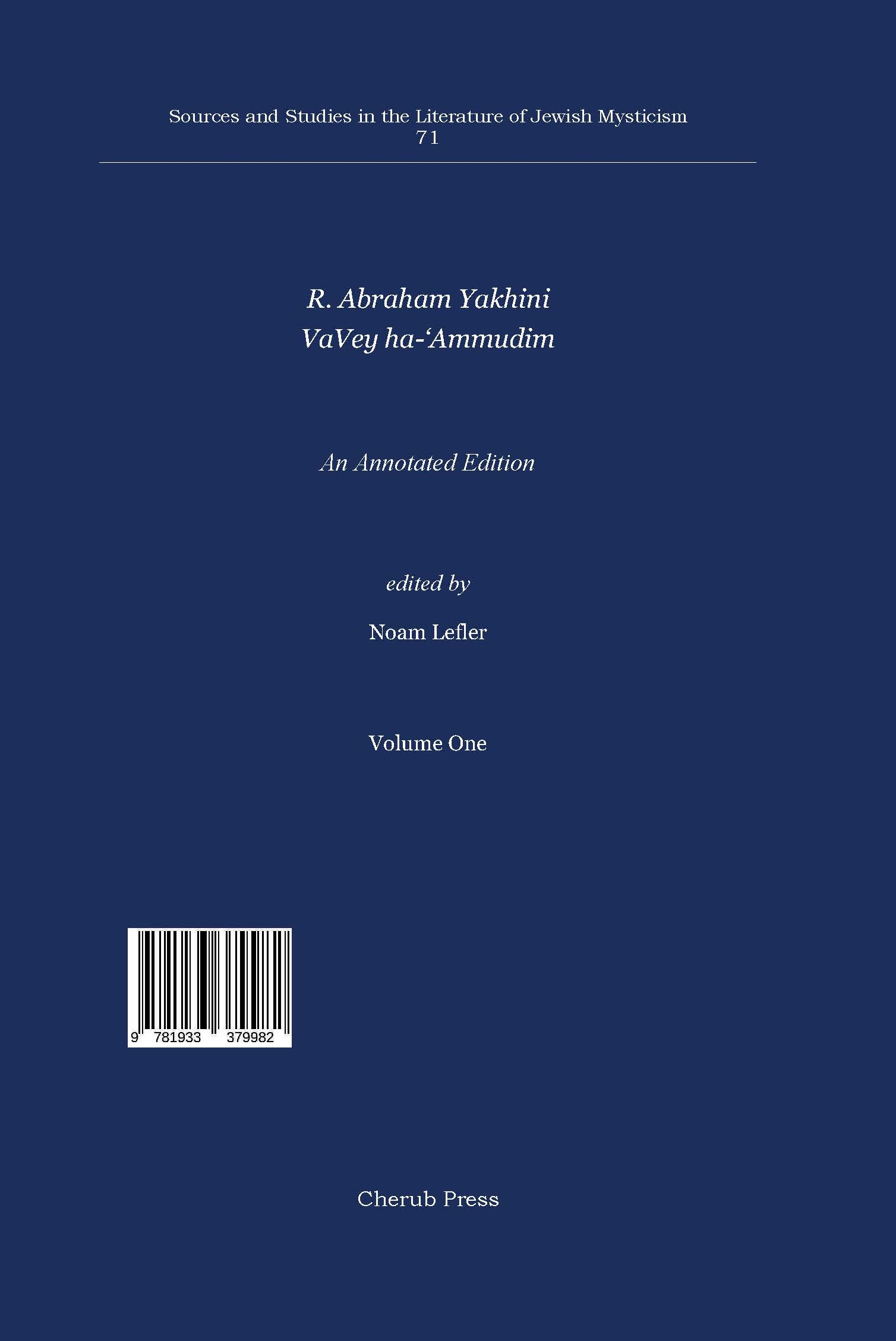 Rabbi Abraham Yakhini was one of the most acclaimed Lurianic Kabbalists of the mid-17th century and a prominent figure in the Sabbatean leadership. In his last book, Vavey ha-Ammudim, Yakhini presented a sophisticated Lurianic manifesto that explains the death of Sabbatai Sevi and his support Abraham Miguel Cardozo's campaign in the struggle over the leadership of the Sabbatean movement. Vavey ha-Ammudim was written in 1681-1682 due to Cardozo's proclamation of himself as Messiah ben Joseph and his prophecy of the last redemption in Constantinople during Passover 1682. However, Yakhini died in the Autumn of 1682 and did not witness the falsification of Cardozo's prophecy, his deportation from the capital city and his renunciation of his messianic title.

TWO VOLUMES, SOLD ONLY AS A SET