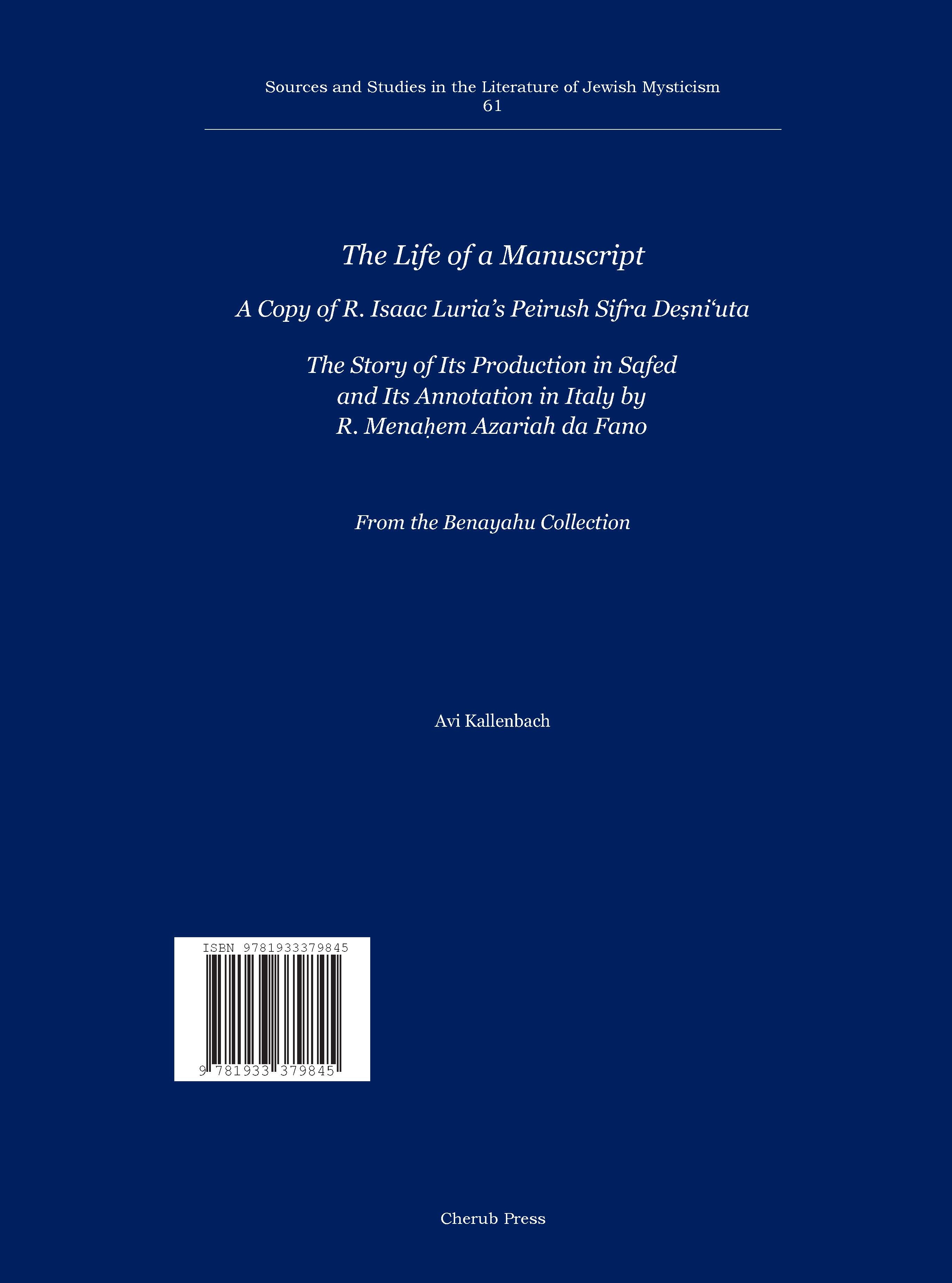 The Life of a Manuscript

A Copy of R. Isaac Luria’s Peirush Sifra Detzni‘uta, The Story of Its Production in Safed and Its Annotation in Italy by R. Menahem Azariah da Fano, study and edition

This study is dedicated to a single kabbalistic manuscript from the Benayahu Collection – a copy of R. Isaac Luria's Peirush Sifra Detzni'uta. The manuscript, copied in Safed at the very end of the sixteenth century, was sent to Italy where it was meticulously edited and marked up by the prominent halakhist and kabbalist R. Menahem Azaria da Fano. The study explores the nature of Fano's emendations, dissects his interpretative glosses, and demonstrates the profound textual influence the manuscript exerted on other copies of the work produced in Italy during the period. Among other thing, it shows how R. Menahem Azariah da Fano read Luria's work through an intertextual lens, using a wide range of kabbalistic works and concepts to inform his comments and edits. The short study is followed by a full facsimile edition of the manuscript – with each colored photo of the manuscript facing a full transcription of both the main text as well as Fano's corrections and marginalia. The study represents an important contribution to the history of reading practices and an example of applying the methodologies of New Philology to the study and editing of kabbalistic manuscripts.(IN HEBREW)