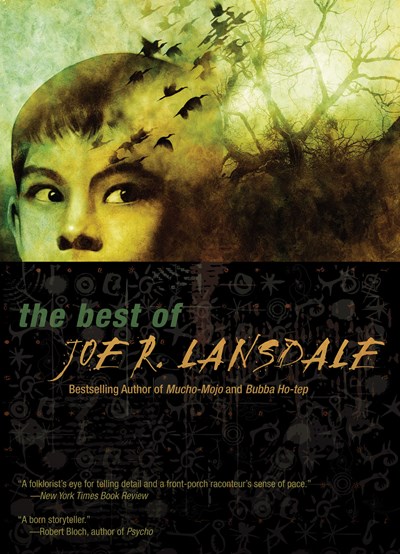 Godzilla’s in a twelve-step program. A soul-sucking Mummy stalks Elvis and John F. Kennedy. Joe Bob Briggs has a moral dilemma: If your girlfriend turns zombie on you, what do you do?

And that’s the tame stuff.

In this red-hot collection from world-champion Mojo storyteller Joe R. Lansdale, you’ll find his best, most outrageous stories. The high priest of Texan weirdness does it all: horror, mystery, satire, suspense, and even Westerns. Prepare to be offended, shocked, and cackling like a crazed redneck.

Featuring five Bram Stoker Award?winning stories, this career retrospective contains some of Lansdale’s rarer work, his nonfiction forays into drive-in theaters and B-movies, and the novella Bubba Ho-Tep, later made into a cult-classic major motion picture.

Come on in?the weirdness is fine.