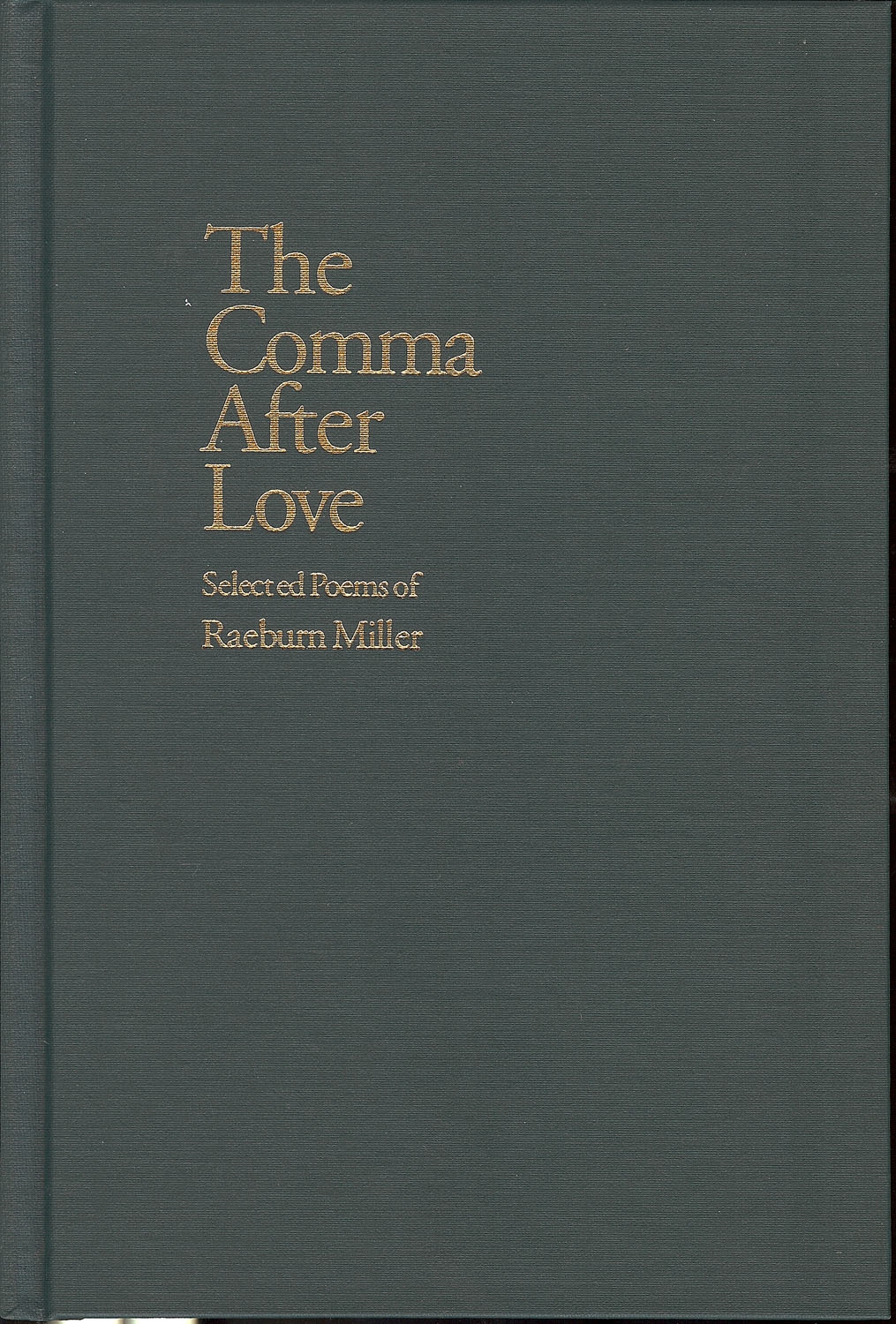 From more than nine hundred poems left behind at the poet's death, Donald Justice has chosen the seventy-four representative works that comprise The Comma After Love: Selected Poems of Raeburn Miller: By turns rueful and amused, intimate and restrained, these poems speak movingly about the difficulties of love and faith, the pleasures of friendship and poetry, the lonliness and disappointments of the solitary life. In his introduction to this volume, Donald Justice calls Raeburn Miller