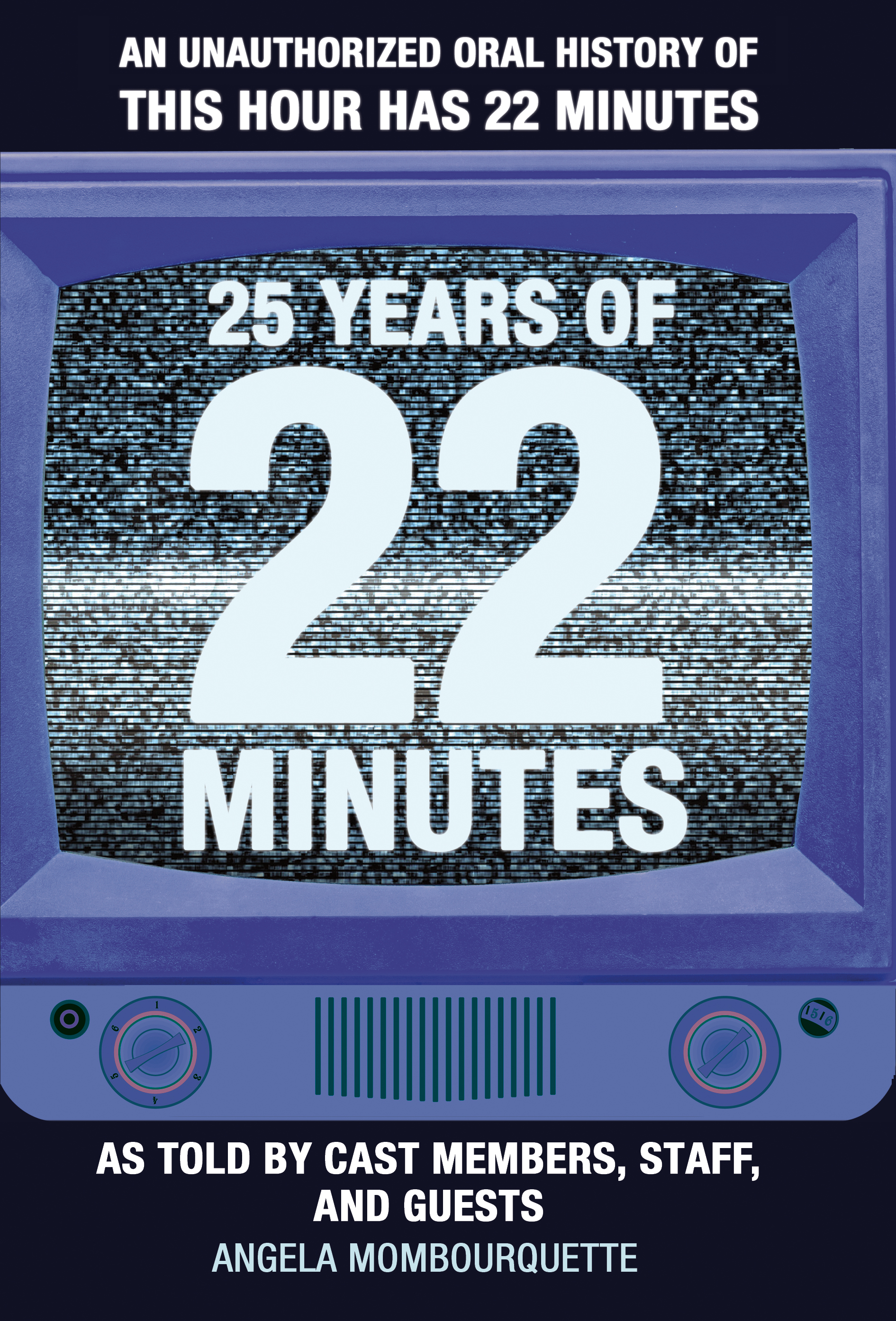 An Unauthorized Oral History of This Hour Has 22 Minutes, As Told by Cast Members, Staff, and Guests

The final chaotic season of Codco had just wrapped when Mary Walsh sat down at a Toronto bistro with George Anthony, then creative head of CBC TV's arts programming. She'd been thinking about a news-based comedy show--did he think that would fly? He did. That was the early '90s. Twenty-five seasons later, hundreds of thousands of Canadians continue to tune in weekly to This Hour Has 22 Minutes for its unashamedly Canadian, biting satirical take on politics and power.

25 Years of 22 Minutes takes readers backstage to hear first-hand accounts of the show's key moments--in the words of the writers, producers and cast members who were there. Readers will have a front-row seat to the birth of the show--including a crisis that had producers scrambling in the very first episode--and offer an insider's take on the highs, the lows, and the daily grind behind the scenes at 22 Minutes .

Angela Mombourquette is an award-winning freelance writer, a former magazine editor, and a part-time journalism instructor at the University of King's College in Halifax. Her work has appeared in The Walrus, the Chronicle Herald, Halifax Magazine, Saltscapes and many other publications. In a previous life, she worked at CBC television in Halifax, where she often filled in as an associate director on the set of This Hour Has 22 Minutes.