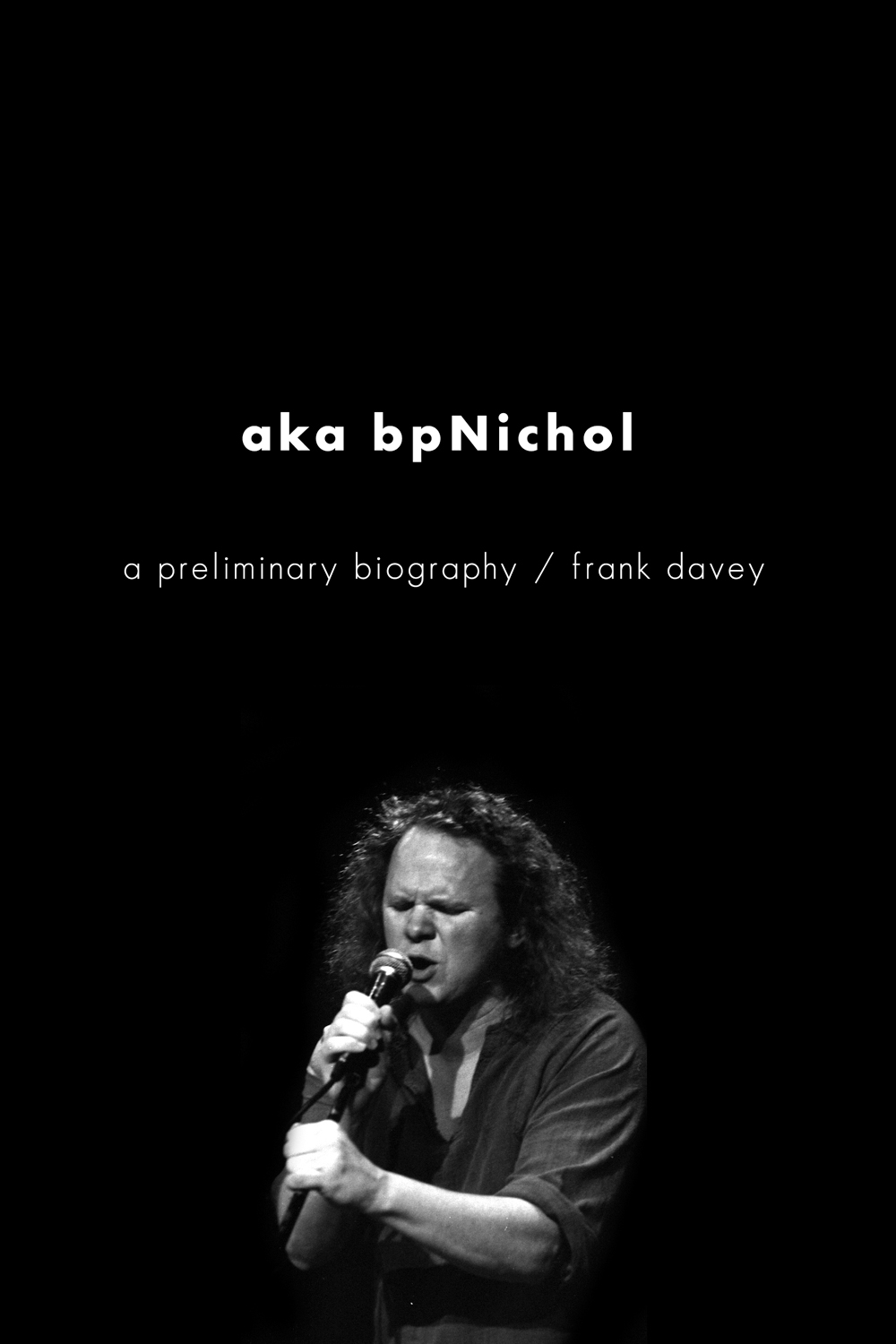 Written by one of his friends and confidants, a close reading of bpNichol’s poetry aka bpNichol is the biography of the major Canadian poet bpNichol, who was a practising lay psychoanalyst and vice-president of one of the largest and longest-lasting communes in North America for more than a decade. Though he died at the young age of 44, Barrie Nichol was internationally influential as a visual poet and sound poet. Nichol authored the multi-volume The Martyrology, one of the most substantial long poems of the 20th century; four novels; two musical comedies; six children’s books; hundreds of hand-drawn visual poems; and 10 episodes of Fraggle Rock. Written by Frank Davey, one of Barrie’s numerous literary collaborators, aka bpNichol reveals the close connections among Nichol’s various activities, and includes a close reading of Nichol’s poetry. Davey examines how the autobiographical inquiries and Freudian dream analyses linked with the young Nichol’s biographical self-awareness, ultimately producing a writer whose main psychoanalytic client had become his own writing, and who could explore its slips, accidental puns, ?unintended” meanings, and implications for the communal future of the human species both in high literature and the comic forms of prime-time television.

Frank Davey is an author and a literary critic. He is a former professor at York University and the University of Western Ontario, where he held the Carl F. Klinck Professorship in Canadian Literature. He is the author of "When Tish Happens: The Unlikely Story of Canada's "Most Influential Literary Magazine."" He lives in Strathroy, Ontario.