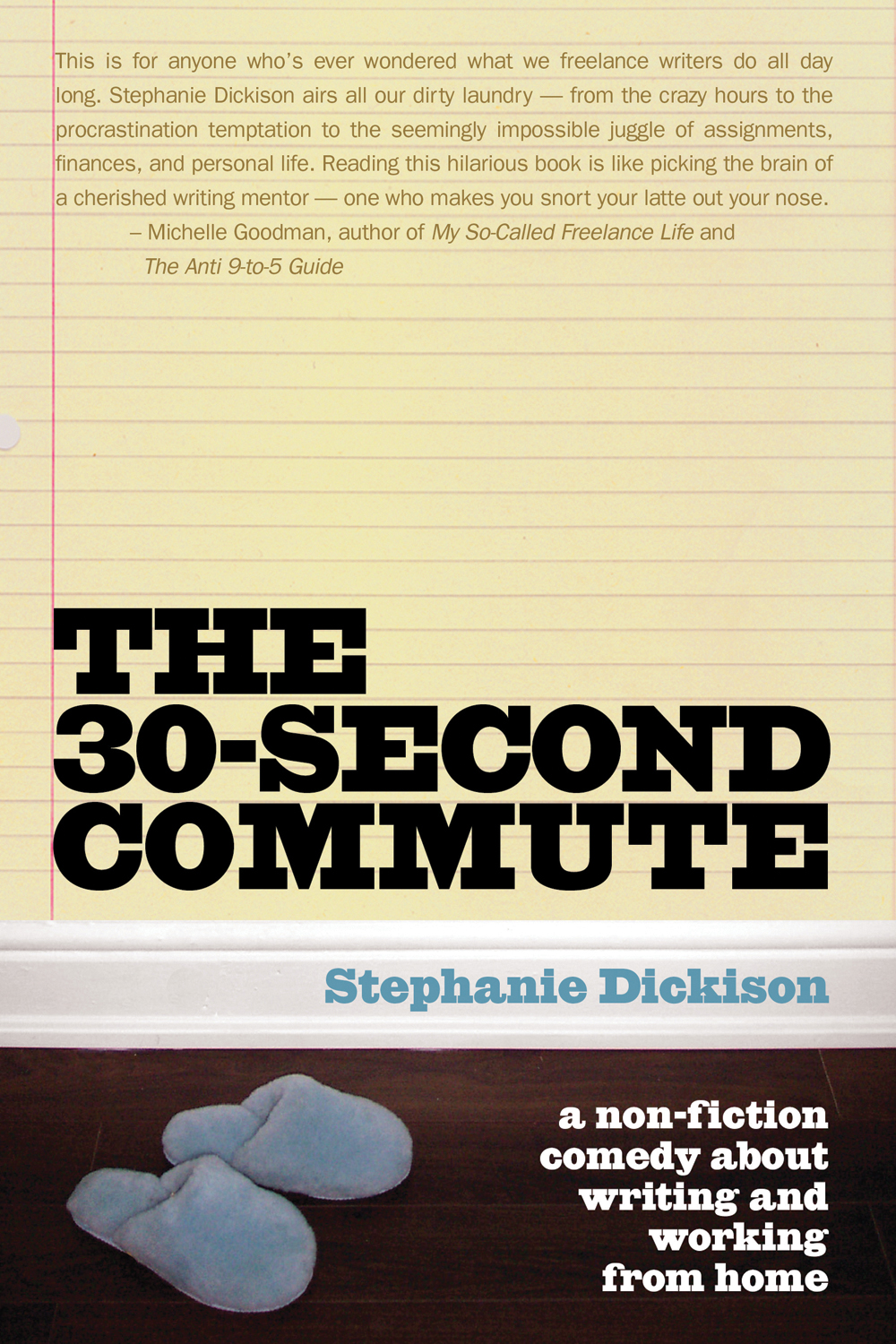 A Non-Fiction Comedy about Writing and Working From Home

This book is a comic narrative about the real life of a full-time writer. Stephanie Dickison had been successfully publishing features and articles for over a decade while working a full-time job, but in December 2005, she left the secure world of a “real job” to tackle completing a manuscript that was close to five years old and to take on freelance writing full time.Drawing on her years as a book and pop music critic, she delves into food writing and becomes a restaurant critic for a big city Web site. She starts a blog about new products and services and soon, she and her fiancé have to consider moving due to the product piled up behind the bathroom door.Celebrity interviews, feature articles, and offers to speak about writing are just some of the highlights of what can happen when you get to live your dream.There are also the cautionary tales of what happens when you’re your own boss, saying yes to every offer that comes your way and typing hunched over a rolltop desk for 14 hours a day, but mostly it is a celebration and exploration of a writer just trying to make her way in this crazy world — one word at a time.