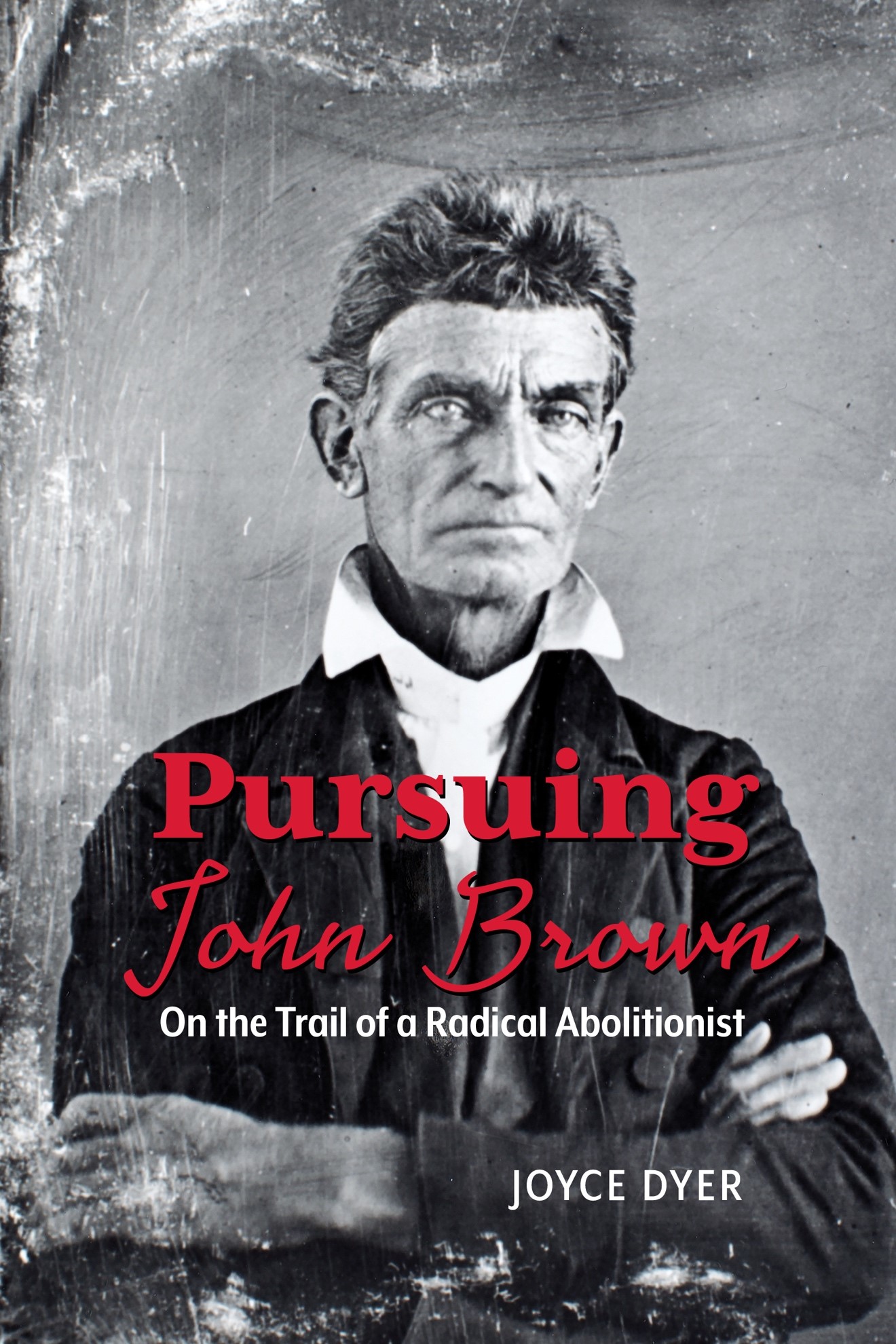 On the Trail of a Radical Abolitionist

The idea for Pursuing John Brown began in Hudson, Ohio, where John Brown grew up and where Joyce Dyer has lived for forty years. In 2007, a chance occurrence started her off on the pursuit of her controversial neighbor, a quest that simultaneously pulled Dyer into his century, and John Brown into hers.

In this work of hybrid creative nonfiction, Dyer retraces John Brown's steps across the country, occasionally taking roads that lead to tangential sites. Along the way, intimate questions form about John Brown's personal life-his role as son, husband, father, friend. Her pursuit forces her to confront hard questions about slavery, race, violence, and American democracy and brings her closer to understanding John Brown, herself, and us.

Joyce Dyer is Professor Emerita of English at Hiram College. She was the first director of the Lindsay-Crane Center for Writing and Literature at Hiram, where she held the John S. Kenyon Chair in English. She's taught nonfiction in residencies and workshops across the region. Before Hiram, she taught twelve years at Western Reserve Academy.

Her essays have appeared in magazines such as North American Review, Writer's Chronicle, and the New York Times, as well as numerous anthologies. Dyer is the author of four books, The Awakening: A Novel of Beginnings (Twain/Macmillan, 1993), In a Tangled Wood: An Alzheimer's Journey (Southern Methodist University Press, 1996), Gum-Dipped: A Daughter Remembers Rubber Town (University of Akron Press, 2003), and Goosetown: Reconstructing an Akron Neighborhood (University of Akron Press, 2010), and the editor of two others, Bloodroot: Reflections on Place by Appalachian Women Writers (University Press of Kentucky, 1998) and From Curlers to Chainsaws: Women and Their Machines (Michigan State University Press, co-editor, 2016).

She received the 1998 Appalachian Book of the Year Award, the 2009 David B. Saunders Award in Creative Nonfiction, Ohio Arts Council Individual Excellence Awards, and Gold Medal in the category of anthology in the 2016 Independent Publisher Book Awards contest.