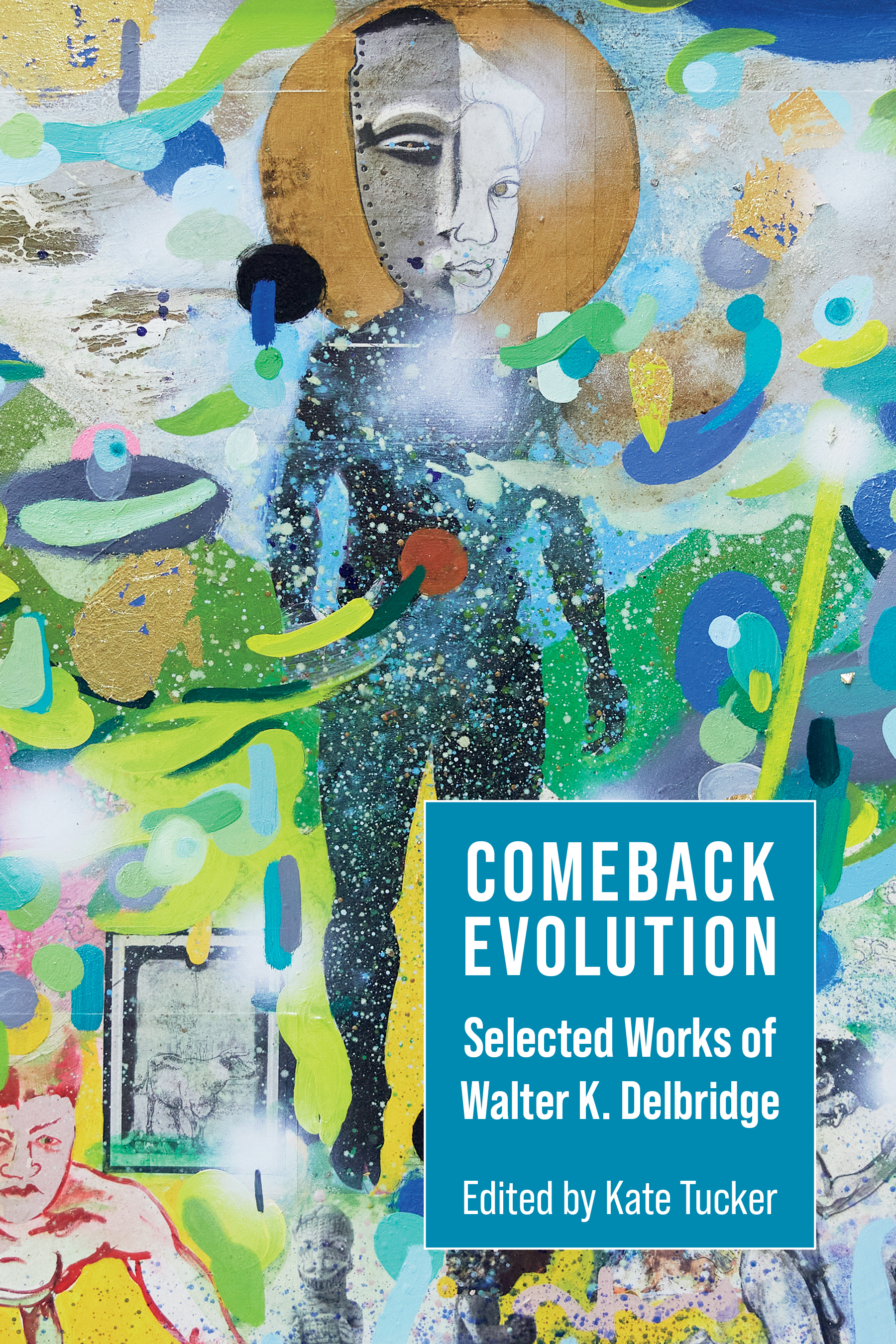 From rising star of the civil rights era to outcast 'schizophrenic,' Delbridge reclaims his dignity in poetry and prose, constructing beauty from fragmented structures of oppression. Living a life of relative isolation, he determined to 'steel' his mind against schizophrenia through study and creative expression, building inner pathways of resilience that would lead to his recovery and a brilliant return to society, on his terms this time.

From stargazing poetry to his call for free thinkers to write in his “Book of Ideas,” to intimate journalistic musings dating back to 1982, Delbridge reveals the transformative power of his own experience, inspiring others to join him in the dance. As Delbridge's longtime collaborator Kate Tucker says: “His life, his experience is his great work, so great that it takes a whole choir of voices to sing it.” Tucker's voice infuses the book with biographical context and editorial commentary in a subtle duet with Delbridge's own special kind of jazz.

Having studied at Harvard, Yale, and Morehouse, Walter Delbridge was on his way to the Sorbonne as one of the first African Americans to receive a Ford Foundation scholarship, when a diagnosis of schizophrenia changed the trajectory of his life. While institutionalized in a psychiatric hospital, his poetry was published alongside the likes of Langston Hughes, Leadbelly, Gwendolyn Brooks, and Audre Lorde in the renowned anthology Understanding the New Black Poetry and in Orde Coomb’s We Speak As Liberators. He continued to write in isolation and in 2017, Oxford University Press published new poetry from Delbridge, along with his letter to the National Institute of Mental Health, in their flagship journal Schizophrenia Bulletin.

Kate Tucker is a writer, artist, and producer born and raised in Akron, Ohio. As a singer-songwriter, she’s released five albums, two EPs, and 23 music videos. Her production work includes books, films, podcasts, fashion editorials, and art exhibitions. Tucker holds a B.A. in English and French from The University of Akron and has guest lectured at Vanderbilt and Belmont Universities. Having recently returned to Akron after living in Paris, Seattle, New York, and Nashville, Tucker is working with Delbridge on the documentary film, Tell It Like It Is, centered on his life and work.