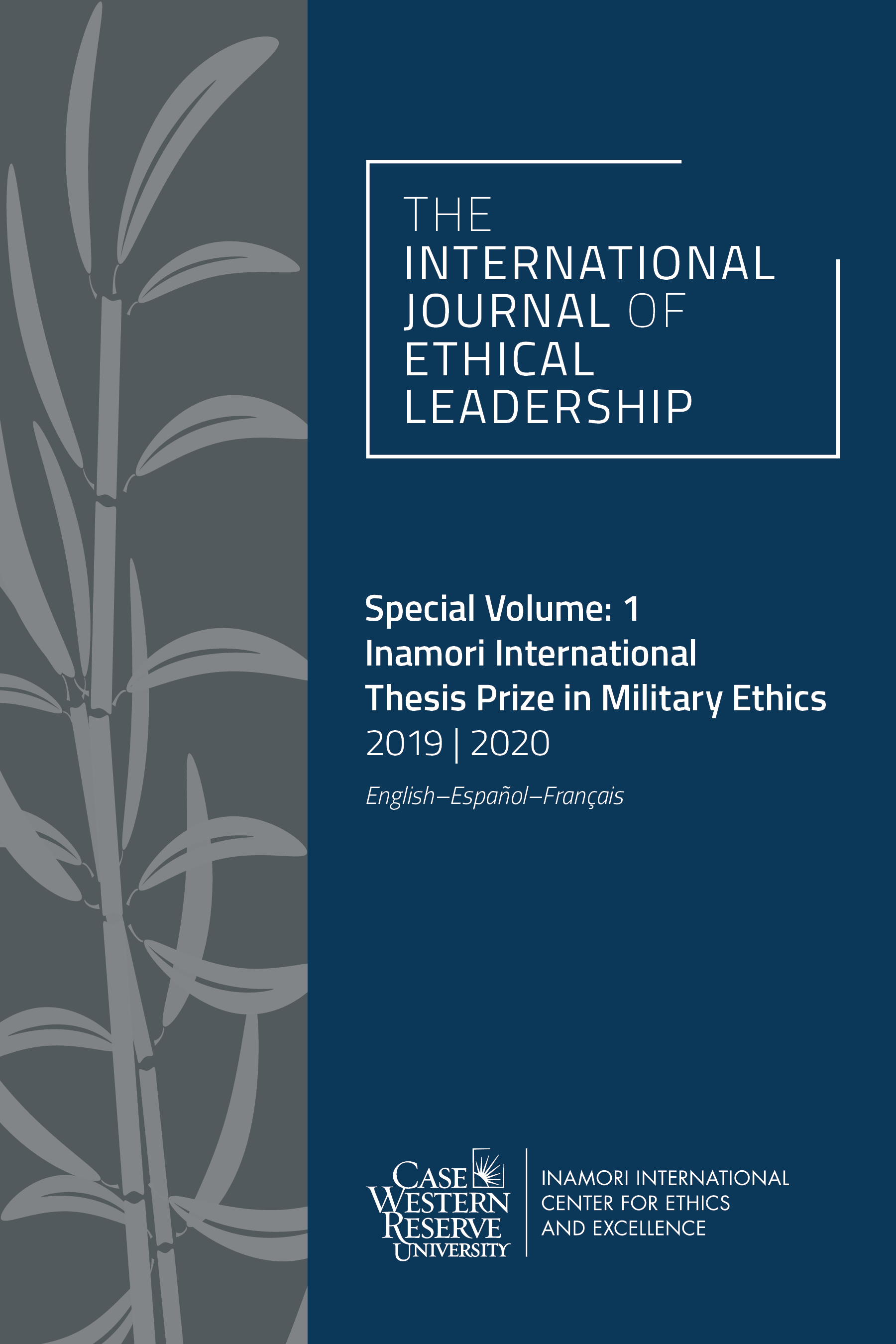 The mission of the International Journal of Ethical Leadership is to spread awareness of the fact that every worthwhile human endeavor requires the application and embodiment of ethical leadership in order to succeed, endure, and produce positive outcomes for present and future generations. Our aim is to expand the transdisciplinary, international conversation that is ongoing around the question of what ethical leadership requires. We hope, with each issue of this journal, to highlight a wide range of perspectives on ethical leadership in theory and action around the globe. Our intention is not to endorse particular opinions, but to host a trusted forum for readers to explore a diversity of views.

Kevin Cutright earned his PhD in Philosophy at Saint Louis University. He is an Academy Professor at the United States Military Academy, West Point, and is a lieutenant colonel in the United States Army.Joseph Chapa earned his DPhil (PhD) at the University of Oxford. He is a lieutenant colonel in the United States Air Force and works on the Air Staff focusing on issues relating to the ethics of artificial intelligence.Since 2008, Shannon French has served as director of the Inamori International Center for Ethics and Excellence and Inamori Professor of Ethics, a tenured professorship in the Case Western Reserve University Department of Philosophy. Prior to joining Case, she was associate chair of the Department of Leadership, Ethics and Law at the US Naval Academy. Dr. French’s primary expertise is in the area of military ethics, and her 2003 book, The Code of the Warrior, features a forward by Senator John McCain. She received a bachelor’s degree from Trinity University, San Antonio, Texas. Her PhD thesis at Brown University (Providence, RI) was titled, “The Problem of Motivating Ethical Behavior.”Hunter Cantrell earned his MA in Philosophy at Georgia State University. He is an Instructor at the United States Military Academy, West Point, and captain in the United States Army.