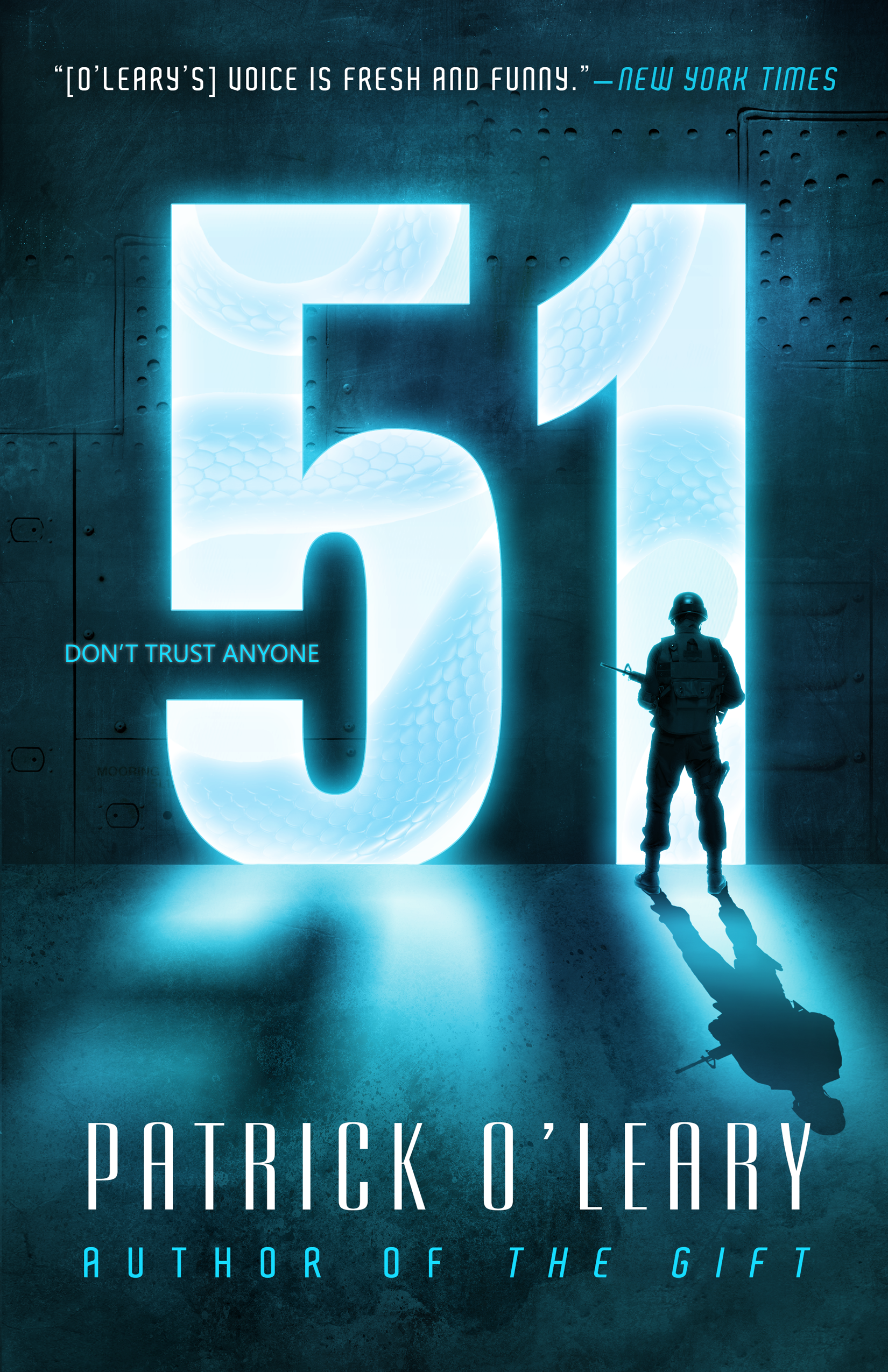 Did the infamous Roswell site contain something so weird that it bears little resemblance to UFOs, aliens, or the most intricate conspiracy theories? With 51, Patrick O’Leary (The Gift) delivers a witty, unpredictable novel that upends one of the best-kept secrets in American history: the strange events at Area 51. This implausibly plausible explanation intricately entangles estranged friends, their not-quite-imaginary friends, and a series of very confused American presidents.

“A hallucinogenic Alice In Wonderland / Yellow Submarine / Slaughterhouse Five narrative that is even weirder than the reality that is America.”
—Mario Acevedo, author of the Felix Gomez series

What really happened in Area 51?

Adam Pagnucco is just trying to help out a stranger who’s down and out. He has no idea that man is Winston Koop, his exceptionally talented, ex-best friend. Koop and Nuke had been inseparable in college, but then life happened. Nuke finally quit drinking, and Koop—Koop was at the center of a massive conspiracy that the government faked UFOs just to cover it up.

Even after confessing to removing the memories of hundreds of people, Koop is still hiding something crucial from Nuke. The truth is even stranger than fiction, and time is running out for the real inhabitants of the Roswell site. Can Nuke somehow find a way to forgive . . . but not to forget?

In his long-awaited new novel, Patrick O’Leary (Door Number Three) deftly navigates the invisible currents of secrets and forgiveness. Gripping, profound, and utterly unique, 51 is sure to please fans of fans of smart paranormal nostalgia, such as the X-Files, Old Man’s War, and Stranger Things.

Patrick O’Leary’s first novel, Door Number Three, was lauded by Publishers Weekly as a best book of the year. His second book, The Gift, was a finalist for both the World Fantasy Award and the Mythopoetic Award. O’Leary’s The Impossible Bird was selected as one of Locus’s top novels of the year. He has also published two acclaimed short story collections: Other Voices, Other Doors and The Black Heart. O’Leary lives near Detroit, where he continues to write fiction, and takes part in the prestigious Michigan Writer Series.