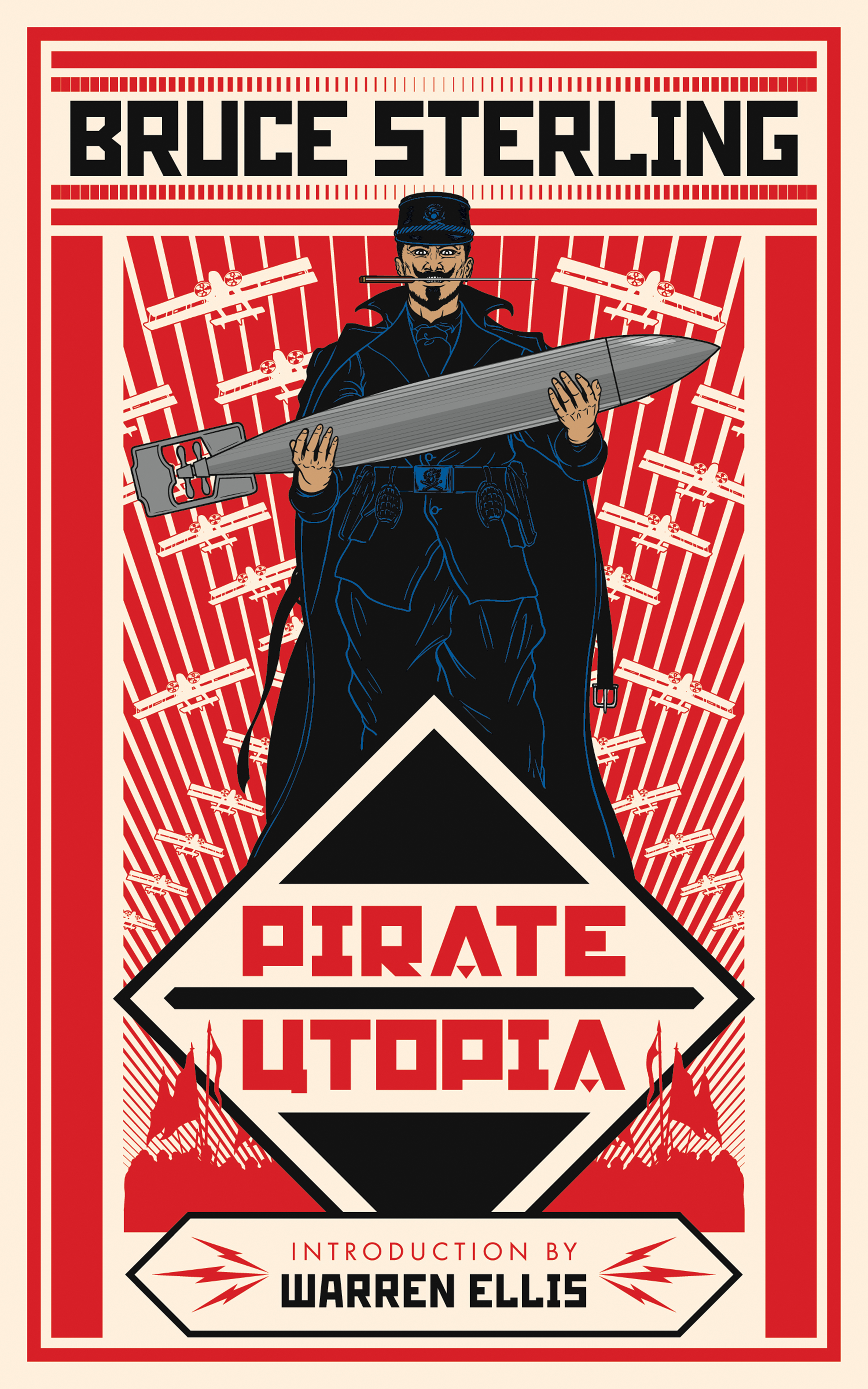 Who are these bold rebels pillaging their European neighbors in the name of revolution? The Futurists! Utopian pirate-warriors of the tiny Regency of Carnaro, unlikely scourge of the Adriatic Sea. Mortal enemies of communists, capitalists, and even fascists (to whom they are not entirely unsympathetic).

Fresh off of a worldwide demonstration of their might, can the Futurists engage the aid of sinister American traitors and establish world domination?

John Coulthart is the World Fantasy Award-winning illustrator and designer of the iconic Steampunk anthology series, the The Thackery T. Lambshead Pocket Guide to Eccentric and Discredited Diseases, Lovecraft's Monsters, and Clive Barker's A–Z of Horror. He was the Artist Guest of Honour at Ars Necronomica 2015. Coulthart lives in Manchester, England.

World Fantasy Award nominee Christopher Brown's novel Tropic of Kansas, about Americans trying to create their own liberated city-states, is forthcoming from Harper Voyager in 2017. His other fiction and criticism can be found at christopherbrown.com. He lives in Austin, Texas, where he also practices technology law.