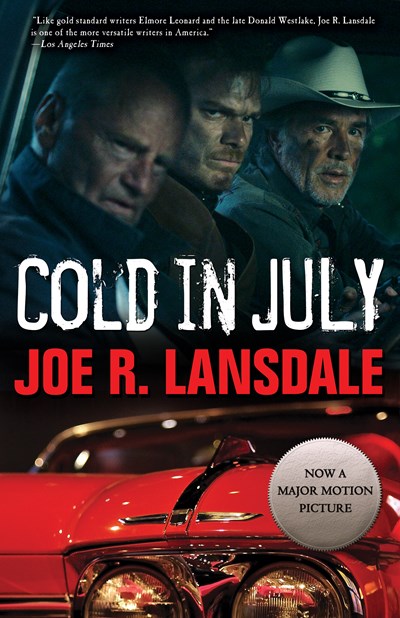 Richard Dane has killed a man. He cannot unhear the firing of the gun or unsee the blood on his living room wall. But everybody in the small town of LaBorde, Texas knows Dane acted in self defense. Everybody except Ben Russel, the ex-con father of the small-time criminal who invaded Dane's home.

When Russel comes looking for revenge against Dane's family, the two are unexpectedly drawn into a conspiracy that conceals the vilest of crimes. Surrounded by police corruption, mafia deception, and underworld brutality, Dane, Russel, and eccentric PI Jim Bob Luke have discovered a game they may not survive.

Joe R. Lansdale is the author of over thirty novels, including the Edgar Award-winning Hap and Leonard mystery series and the New York Times Notable Book, The Bottoms. Lansdale's work has appeared in television (The Twilight Zone, Masters of Horror), graphic novels (Batman), and film (Bubba Ho-Tep, Cold in July).

Jim Mickle is the director of Cold in July, as well as of critically acclaimed films including Mulberry Street and Stake Land. His film We Are What We Are was screened at the 2013 Sundance and Cannes Film Festivals.