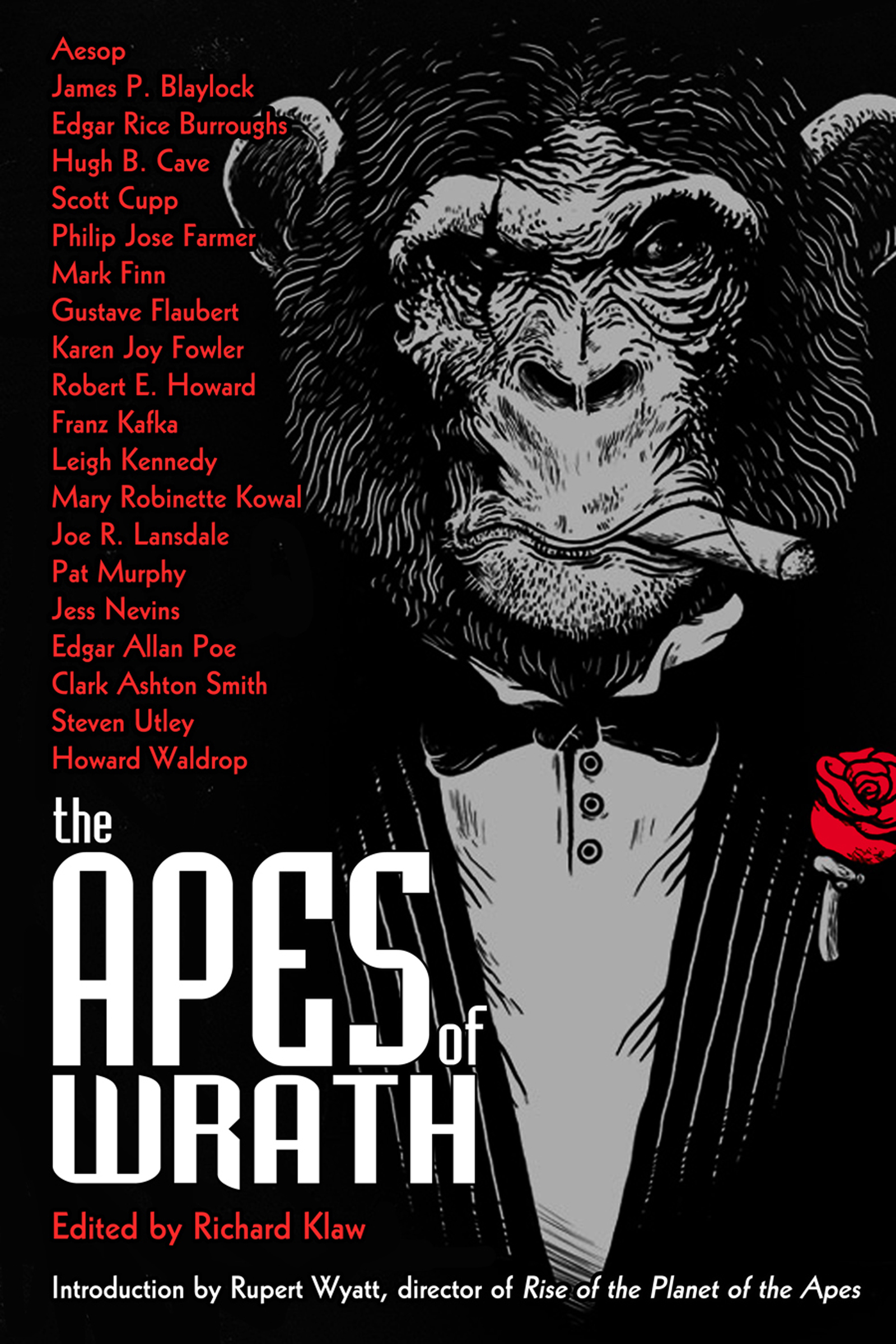 In the Rue Morgue, the jungles of Tarzan, the fables of Aesop, and outer space, the apes in these seventeen fantastic tales boldly go where humans dare not. Including a foreword from Rupert Wyatt, the director of Rise of the Planet of the Apes, this provocative anthology delves into our fascination with and fear of our simian cousins.

"Evil Robot Monkey" introduces a disgruntled chimp implanted with a chip that makes him cleverer than both his cohort and humans alike. In "Murders in the Rue Morgue," a murder mystery unravels with the discovery of a hair that does not appear quite human. Merging steampunk with slapstick, "The Ape-Box Affair" has a not-so-ordinary orangutan landing on Earth in a spherical flying ship—where he is promptly mistaken for an alien. King Kong sets a terrible example with booze and Barbie dolls in "Godzilla's 12-Step Program."

If you've ever wondered what makes humans different from apes, soon you'll be asking yourself, is it even less than we think?

Richard Klaw is the author of the acclaimed genre blog The Geek Curmudgeon and was the fiction editor at RevolutionSF. He is the co-editor of the ground-breaking original anthology of short fiction in graphic form, Weird Business; the editor of The Big Bigfoot Book; and the co-founder of Mojo Press, one of the first publishers to produce both graphic novels and fiction. Klaw's essays and observations are collected in Geek Confidential: Echoes from the 21st Century. Over the past decade, he has written about fictional simians for a variety of publications, including Moving Pictures Magazine, The Greenwood Encyclopedia of Science Fiction and Fantasy, King Kong Is Back!, and Kong Is King.