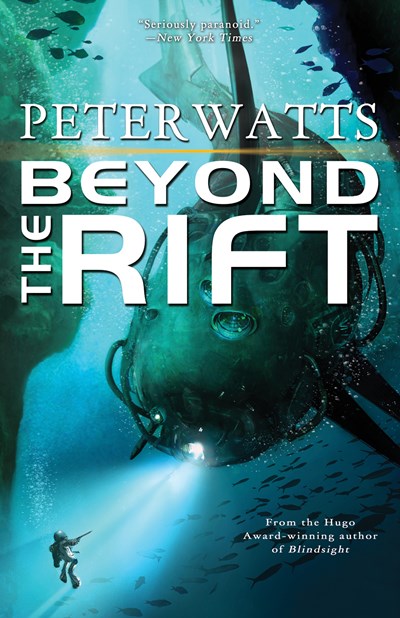 Skillfully combining complex science with finely executed prose, these edgy, award-winning tales explore the always-shifting border between the known and the alien.

The beauty and peril of technology and the passion and penalties of conviction merge in stories that are by turns dark, satiric, bold, and introspective. A seemingly humanized monster from John Carpenter’s The Thing reveals the true villains in an Antarctic showdown. An artificial intelligence shields a biologically-enhanced prodigy from her overwhelmed parents. A deep-sea diver discovers that her true nature lies not within the confines of her mission but in the depths of her psyche. A court psychologist analyzes a psychotic graduate student who has learned to reprogram reality itself. A father tries to hold his broken family together in the wake of an ongoing assault by sentient rainstorms.

Gorgeously saturnine and exceptionally powerful, these collected fictions are both intensely thought-provoking and impossible to forget.

Peter Watts is a science-fiction writer and a marine-mammal biologist. He is the author of the Rifters trilogy (Starfish, Maelstrom, and Behemoth) as well as Blindsight, The Island and Other Stories, and Ten Monkeys, Ten Minutes. He has received the Aurora, Hugo, and Shirley Jackson awards. Watts lives in Toronto.