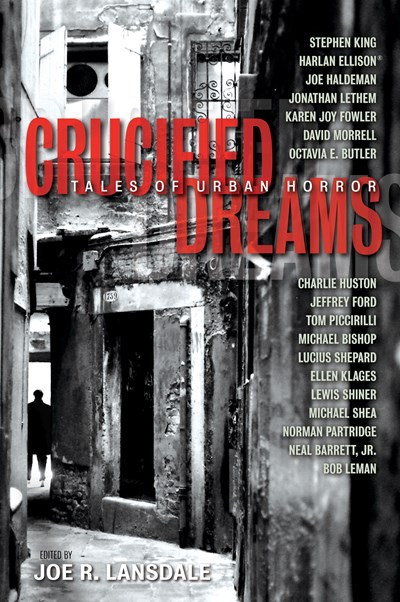 A naïve young woman witnesses a brutal murder and discovers the soul-deadening price of being a New Yorker. The family man quits smoking with the sinister assistance of a family-friendly corporation. A truck driver takes a simple shortcut and lands in a living hell and a battle to the death. An aging Hollywood screenwriter’s career is on the wane until he reinvents himself as a less principled man.

Crucified Dreams reaches down through the gutters into the shadowy depths of the imagination. These are the savage tales that unite noir with horror and the ordinary with the unfathomable. Combing the urban, the paranormal, and the downright terrifying, these award-winning stories go where your deepest fears?and inner demons?are already realized.