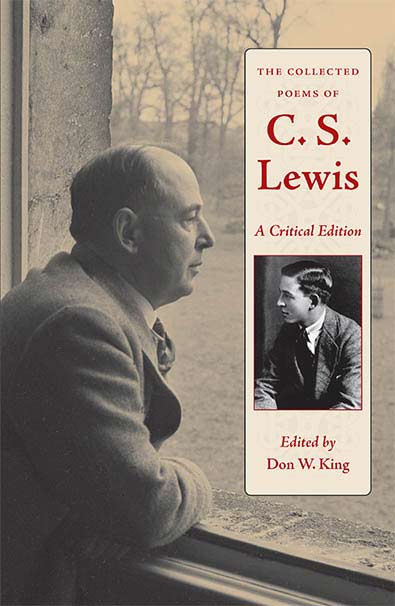 Although C. S. Lewis is best known for his prose and for his clear, lucid literary criticism, Christian apologetics, and imaginative Ransom and Narnia stories, he considered himself a poet for the first two and a half decades of his life. Owen Barfield recalls that anyone who met Lewis as a young man in the early 1920s at Oxford University quickly learned he was one “whose ruling passion was to become a great poet. At that time if you thought of Lewis you automatically thought of poetry.”

The Collected Poems of C. S. Lewis offers readers, for the first time, a one-volume collection of Lewis’s poetry, including many poems that have never appeared in print. With the poems arranged in chronological order, this volume allows readers the opportunity to compare the poetry Lewis was writing while he was also writing his fiction and nonfiction prose.

Beginning with his earliest lyric poems from 1907, The Collected Poems of C. S. Lewis follows Lewis’s efforts to write long, narrative poems, which were particularly influenced by Norse mythology. His outburst of lyric poetry as a young man in the trenches during World War I culminates in his first published work, Spirits in Bondage (1919), followed by his most ambitious narrative poem, Dymer (1926). Both volumes afford unique insights into Lewis the atheist.

After his conversion to Christianity in 1930, Lewis wrote a collection of sixteen religious lyrics that he included in The Pilgrim’s Regress (1933); as a group, these are considered among his best poems. Until his death in 1963, Lewis continued writing and publishing poetry, often appearing in journals and magazines under his pseudonym N. W., shorthand for the Anglo-Saxon nat whilk, “[I know] not whom.” As a whole, these latter poems are either occasional verses, burlesques, and erudite satires or they are contemplative poems musing upon the human condition and its pain, joy, suffering, pride, love, doubt, and faith.

The Collected Poems of C. S. Lewis demonstrates a dedicated, determined, and passionate poet at work and illustrates the degree and depth to which poetry shaped Lewis’s literary, intellectual,  emotional, and spiritual life.

Don W. King is Professor of English at Montreat College in North Carolina. On multiple occasions he has led Lewis seminars at the Kilns—Lewis’s home in Oxford—and has published C. S. Lewis, Poet: The Legacy of His Poetic Impulse (The Kent State University Press, 2001) and Plain to the Inward Eye: Selected Essays on C. S. Lewis. He has also written extensively on the important women in Lewis’s life, including Hunting the Unicorn: A Critical Biography of Ruth Pitter (The Kent State University Press, 2008) and Out of My Bone: The Letters of Joy Davidman.