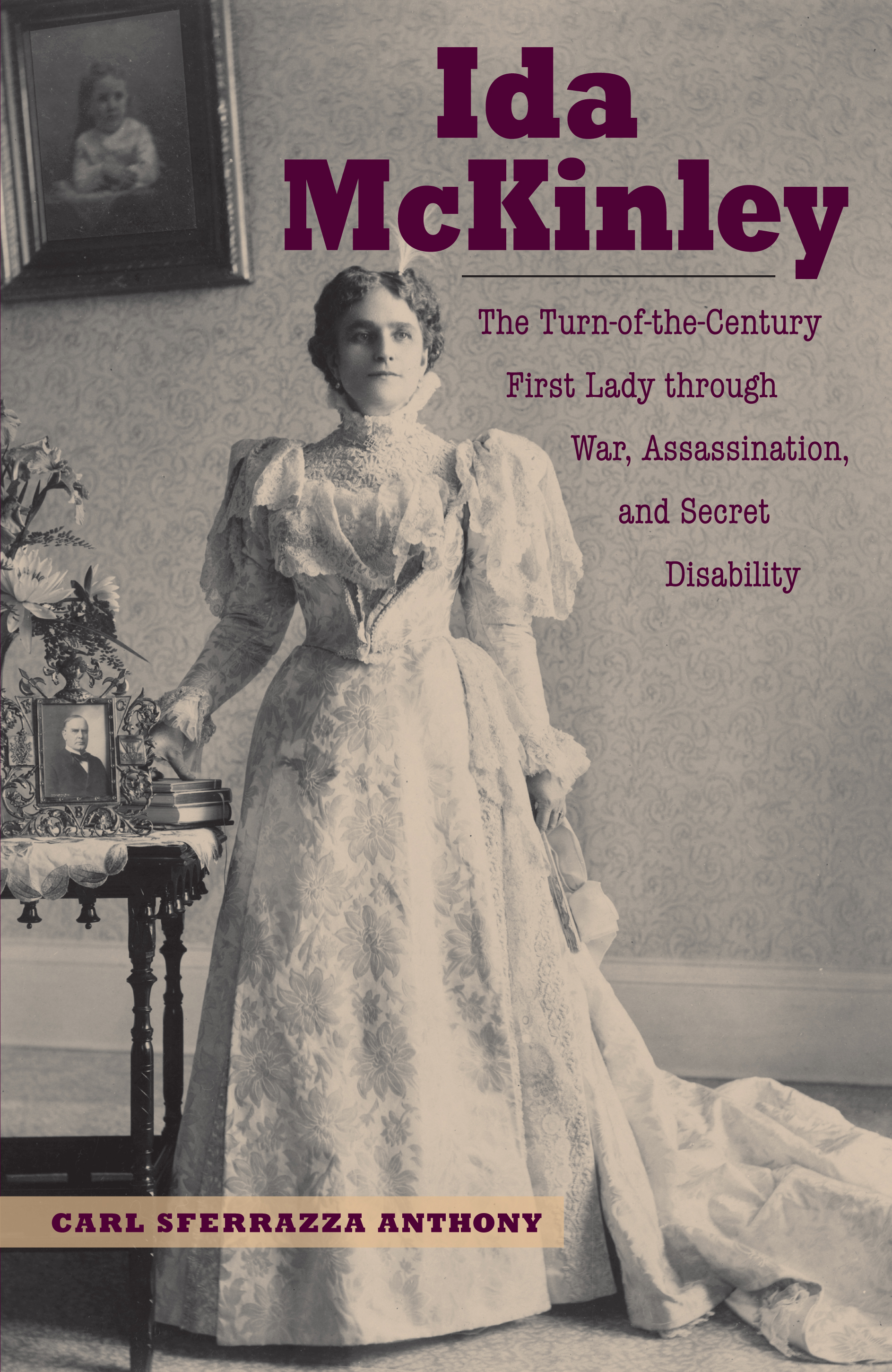 The Turn-of-the-Century First Lady Through War, Assassination, and Secret Disability

Published in cooperation with The National First Ladies Library

This is the first full-length biography of Ida Saxton McKinley (1847– 1907), the wife of William McKinley, president of the United States from 1897 to his assassination in 1901. Long demeaned by history because she suffered from epilepsy—which the society of her era mistakenly believed to border on mental illness—Ida McKinley was an exceptional woman who exerted a strong influence on her husband’s political decisions.

Born in Canton, Ohio, Ida Saxton was the eldest of three children. Throughout her youth, Ida was remarkably independent and energetic. She was interested in art, architecture, and current events, and she was sensitive to the plight of working women. In 1871 she married lawyer and Civil War veteran William McKinley. Following the deaths of their two daughters and her mother, Ida’s physical condition deteriorated. During the years her husband served as a U.S. congressman and as Ohio governor, her health fluctuated.

Throughout William’s 1896 presidential campaign, delegations came to the McKinley home in Canton to hear the candidate speak from the front porch. Occasionally, Ida was healthy enough to speak with and meet political figures; sometimes she simply sat to hear his speeches; at other times she was entirely absent. Her husband’s devotion to her in her state became an attribute of the campaign. Author Carl Sferrazza Anthony shows that despite her frail health, Ida was determined to fulfill as much of her role as First Lady as she could. She made keen and accurate political observations—particularly in assessing the motives of those ambitious for appointments—and her unrelenting lobbying on behalf of Methodist missionary efforts factored into the president’s decision to retain the Philippine Islands for the United States.

This fascinating biography is essential reading for anyone interested in the life and times of an extraordinary First Lady.

Carl Sferrazza Anthony is the author of several books and articles and is considered an expert on the subject of the political and social power of presidential wives and families. His articles have appeared in the New York Times, Newsweek, American Heritage, and Vanity Fair, and his books include America’s First Families: An Inside View of 200 Years of Private Life in the White House; The Kennedy White House: Family Life and Pictures, 1961–1963; Florence Harding: The First Lady, the Jazz Age, and the Death of America’s Most Scandalous President; and First Ladies: The Saga of the Presidents’ Wives and Their Power, 1789–1961.