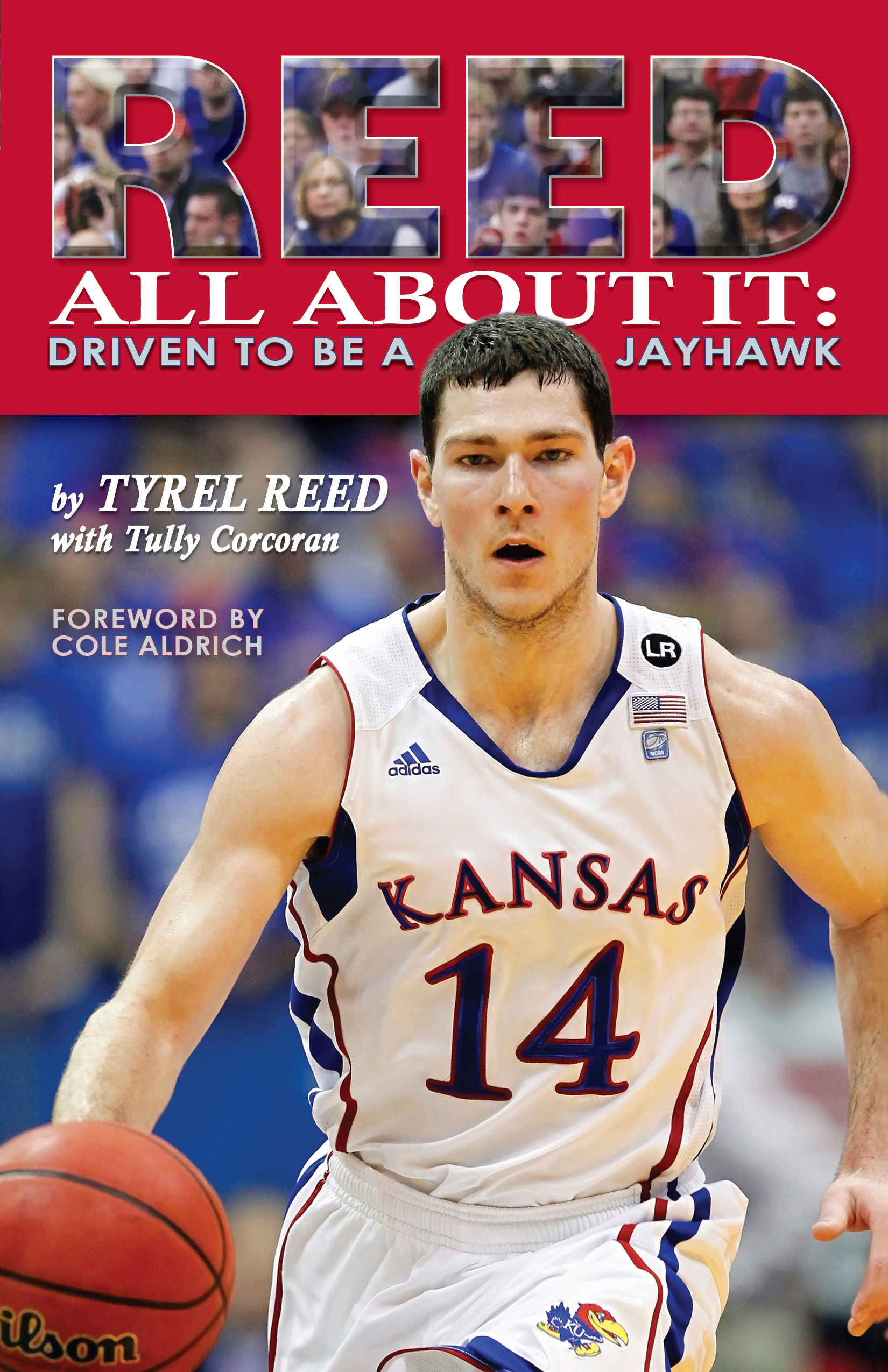 Reed All about It

Driven to Be a Jayhawk

Of all the wonderful players who have worn the crimson and blue for the University of Kansas basketball program through the years, only one can claim to ge the "winningest" Jayhawk of all—Tyrel Reed. Reed, who concluded his playing career in March 2011, has written a new book that chronicles his time with the Jayhawks—Reed All About It: Driven to be a Jayhawk. The book, published by Ascend Books of Overland Park, Kansas, is co-written by former Topeka Capital Journal Sports Columnist Tully Corcoran. Reed was a champion on the court—as part of the Jayhawks' National Championship in 2008—and in the classroom, as a three-time Academic All-Big 12 First Team member. He was part of more wins than any other player in the storied history of the Kansas program. The son of a coach from Burlington, Kansas, Reed developed into an important leader and "glue guy" for the Jayhawks. He was an excellent outside shooter, sinking 170 three-point field goals in his career, and a clutch free throw shooter, with an.810 success rate. In his book, Reed describes what it was like to play for Coach Bill Self, how the game has changed with "one-and-done" freshmen players, and how he was able to excel academically despite the demands of basketball practice and road trips. Told with heart and good humor, Reed All About It: Driven to Be a Jayhawk, is a must-read for any fan of college basketball.

Tyrel Reed was a star on the basketball court and in the classroom during his time at the University of Kansas. The 6'3