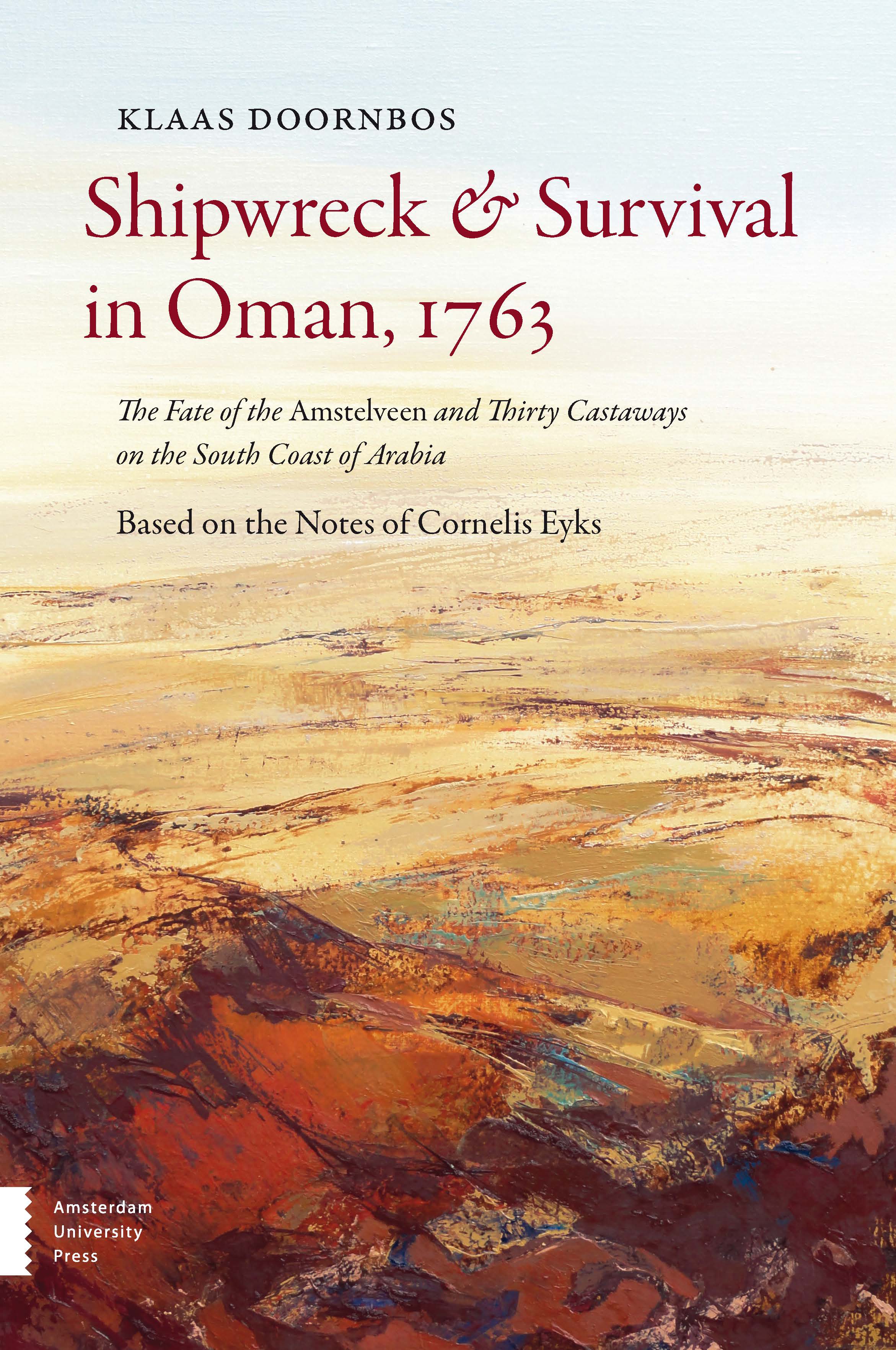 In 1763, the Dutch ship Amstelveen set sail from the Dutch East Indies for Muscat, Oman. Through a tragic combination of human error and rough seas, the ship never made it to port, sinking off the southern coast of Oman. The thirty surviving crew members then faced a terrible trek across a desolate desert landscape to Muscat. Drawing on the logbook of Cornelis Eyks, the ship’s only surviving officer,Klaas Doornbos tells the fascinating story of the men’s journey across the Gulf of Oman desert, their encounters with the country’s inhabitants, and their struggle to survive.

Quoting extensively from Eyks’s logbook, Doornbos describes how the sailors,barefoot and almost naked, walked hundreds of miles in the blazing sun in the hope of reaching civilization. Some of the men died on the way, while the fate of others is uncertain. It was not until 1766 that Eyks and the remaining men reached Muscat.Throughout Doornbos uses Eyks’s logbook - the oldest remaining European account of the area - to reveal much about the desert coast of Oman and its people. Equal parts social history, anthropology, and survival chronicle, this gripping account of the Amstelveen’s crew is a thrilling piece of naval history.

Klaas Doornbos (b. 1936) is teacher, researcher, advisor in educational policy, and emeritus professor of special education at the University of Amsterdam.