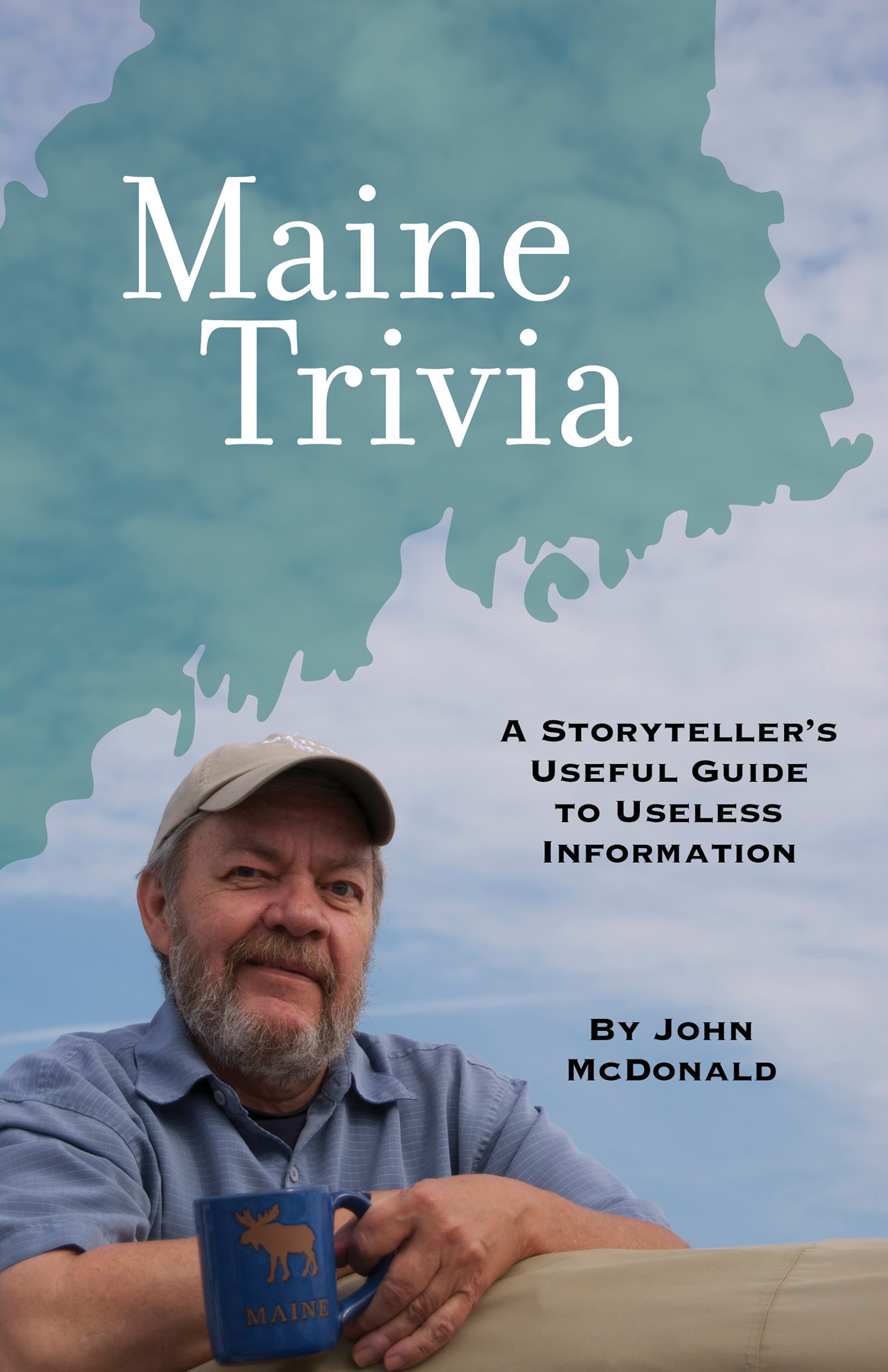 Professional storyteller John McDonald, author of the now-classic A Moose and a Lobster Walk into a Bar, offers up his unique take on Maine trivia. John delivers an educational and hilarious mix of basic and fun facts about the Pine Tree State, including, of course, more than a few wicked funny stories. For example, did you know the first naval battle of the Revolutionary War was fought in Maine in 1775? That Maine boasts 65 "Mud Ponds"? That Maine Sen. Margaret Chase Smith was the first woman to have her name placed in nomination for the U.S. Presidency at a major party's convention? Readers are sure to learn a lot about both the Pine Tree State and the United States, as well as have a few laughs in the process.

John McDonald, now regarded as a dean of Maine storytelling, got his start as a performer playing at local Downeast Maine events in the 1970s before catching his first big break when he was asked to perform on stage with the legendary Marshall Dodge and Kendall Morse at Ellsworth’s Strand Theater in 1980. In the years since that event, McDonald has performed for audiences across New England, released two audio recordings, and written four books, including the now-classic, A Moose and a Lobster Walk into Bar.

McDonald grew up in Rhode Island, but spent summer in Tenants Harbor, Maine, where he listened to the oldtimers tell stories at the local stores and on fishing docks. He graduated from Providence College with a degree in English and in 1971 he moved with his wife, Ann, to Cherryfield, Maine. He worked as a DJ for an Ellsworth radio station that played Big Band music and as a bureau reporter for the Bangor Daily News.

In 1981, he moved to Portland where he worked as a reporter for the Portland Press Herald. He was increasingly hired to perform as a storyteller, and in 1991, he began his own radio talk show at WGAN which continues to be one of the highest-rated weekend programs. In the 1990s, McDonald also began writing a weekly newspaper column. In 2002, a collection of those columns was combined with a handful of other stories to create the book, A Moose and a Lobster Walk in the Bar, which has sold tens of thousands of copies, making it not only one of the most successful local books of all time, but making it a true Maine classic. Following the success of that first book with Islandport Press, McDonald published Down the Road a Piece: A Storyteller’s Guide to Maine and Maine Trivia, and released a CD, Ain’t He Some Funny! What's in a Name? (Coming in 2021) will be his fourth book with Islandport Press. McDonald lives in South Portland with his wife, Anne.