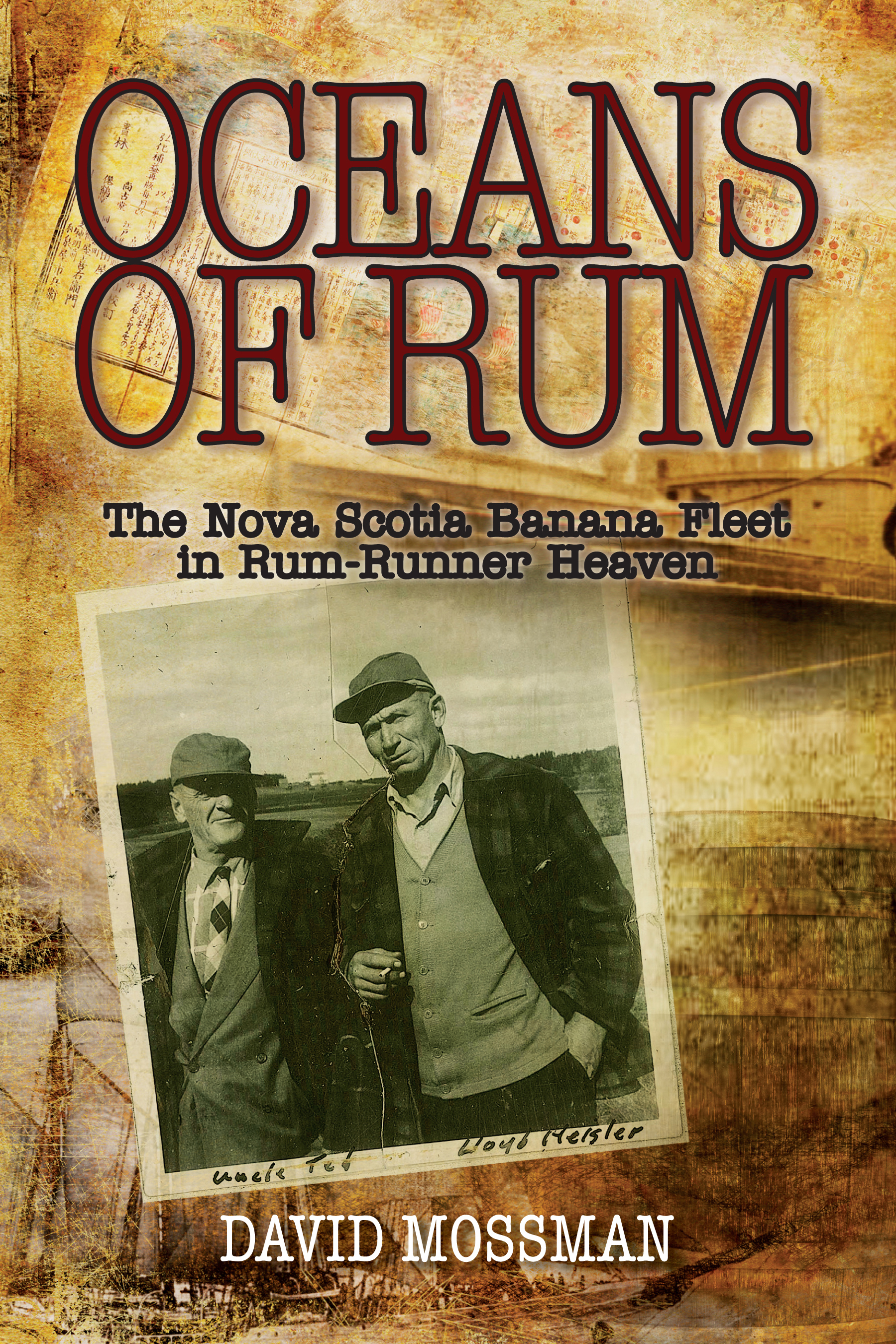 Prohibition, legislated in the U.S. in 1921, was intended to ban the manufacture, transport and sale of intoxicating liquor. However, it soon became obvious that successfully policing the entire coastline of the Pacific, Atlantic, and the Great Lakes was impossible. In eastern Canada the door was suddenly wide open for fishermen willing to make the remarkable switch to smuggling. Even with the repeal of Prohibition in 1933, rum-running remained a profitable venture in Atlantic Canada up until World War II.

Excitement, camaraderie, drama on the high seas, love affairs, big payoffs, and fast cars – these were the returns for a life of smuggling in Atlantic Canada during Prohibition for those who dared. And David Mossman’s uncle Teddy, Captain Winfred “Spinny” Spindler, certainly dared. Like so many others, the former deep-sea fisherman seized the opportunity to turn use his sea-going skills for rum-running between the years 1923 to 1938. Adventuresome and resilient, charismatic and resourceful, Captain Spindler matured and endured through necessity, hard work and tragedy, toward the end persevering like proverbial Job through his allotted ninety-three years.

In Oceans of Rum, Mossman once again draws on family, community and Canadian history, this time to bring the story of rum-running in Atlantic Canada to vivid, pulsing life through his uncle’s actual experiences. Mossman’s book is a three-cornered chronicle involving Spindlers, Ritceys and Romkeys – all South Shore families. It is an account tinged with tragedy and intrigue and shows how seemingly ordinary folk can find themselves thrust into the most extraordinary activities.

David Mossman is a seventh-generation Canadian, born at home in Rose Bay, Lunenburg County, Nova Scotia. He and his wife live in Wolfville, Nova Scotia. A geologist, he has worked internationally and taught at the universities of Saskatchewan (Saskatoon), Otago, New Zealand, and Mount Allison, New Brunswick, where he is professor emeritus. He is the author of Going Over: A Nova Scotia Soldier in World War I, the bestseller Oceans of Rum: The Nova Scotia Banana Fleet in Rum-Runner Heaven, and Random Shots.