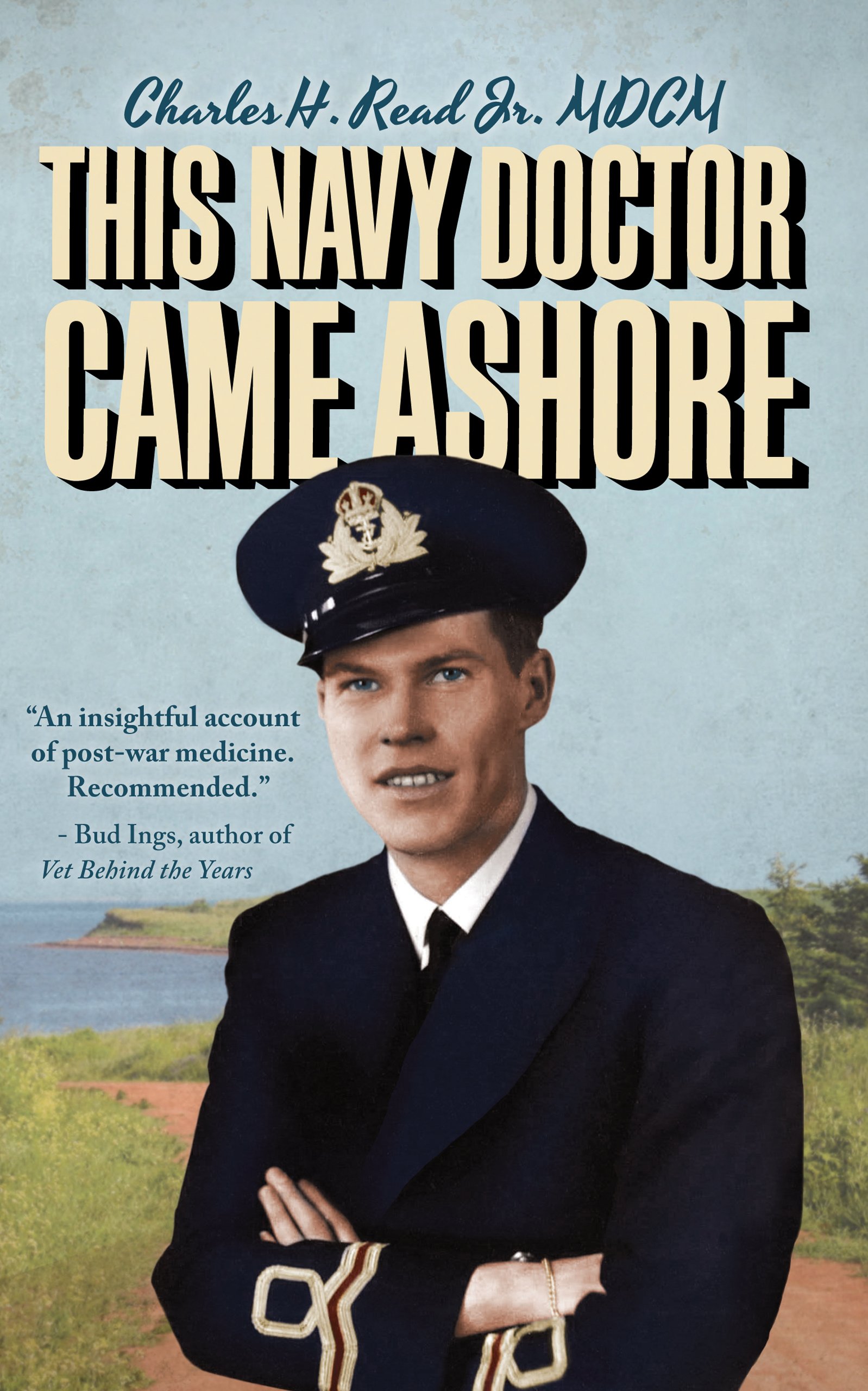 Dr. Read entered the Royal Canadian Navy in 1943 and worked for three years as a flight surgeon. When the war was winding down, he realized that his career as a flight surgeon was also over. But he remembered how much he had enjoyed the three weeks he spent in Charlottetown when he relieved the medical officer at HMCS Queen Charlotte. This city of 20,000, in which this landship was 'moored', was much to his liking partly because he had grown up in Amherst, Nova Scotia, just across the Northumberland Strait, where he thought the culture was very similar. He also knew that as the only medical officer there would be independence, significant responsibility and virtual freedom from naval protocol and politics. One couldn't ask for more.   But this was during prohibition on the Island and little did he know that a great deal of his time would be spent writing "prescriptions" for alcohol so that the officers could be allowed to drink.  Nor did he know that because of the lack of family physicians on the Island, he would be asked to open a general practice in a rural area of the province.  For a flight surgeon who had little experience in family medicine, this would be a whole new adventure. This book chronicles some of the noteworthy events of the time he spent spent as a country doctor.

Charles Read was born in Amherst, Nova Scotia and went on to medical school at McGill University. He was a Surgeon Lieutenant for the Royal Canadian Navy and then went on to residency training at the Children’s Memorial Hospital and became a Medical Fellow, Royal Victoria Hospital in Montreal. During this time, he was a also a Medical Fellow, Massachusetts General Hospital, Harvard University.  He then moved to Winnipeg to be an Associate Professor at the Children’s Hospital there. In 1954, he moved again to Iowa City and now, at the age of 93, is an Emeritus Professor of Pediatrics, University of Iowa Hospitals and Clinics.