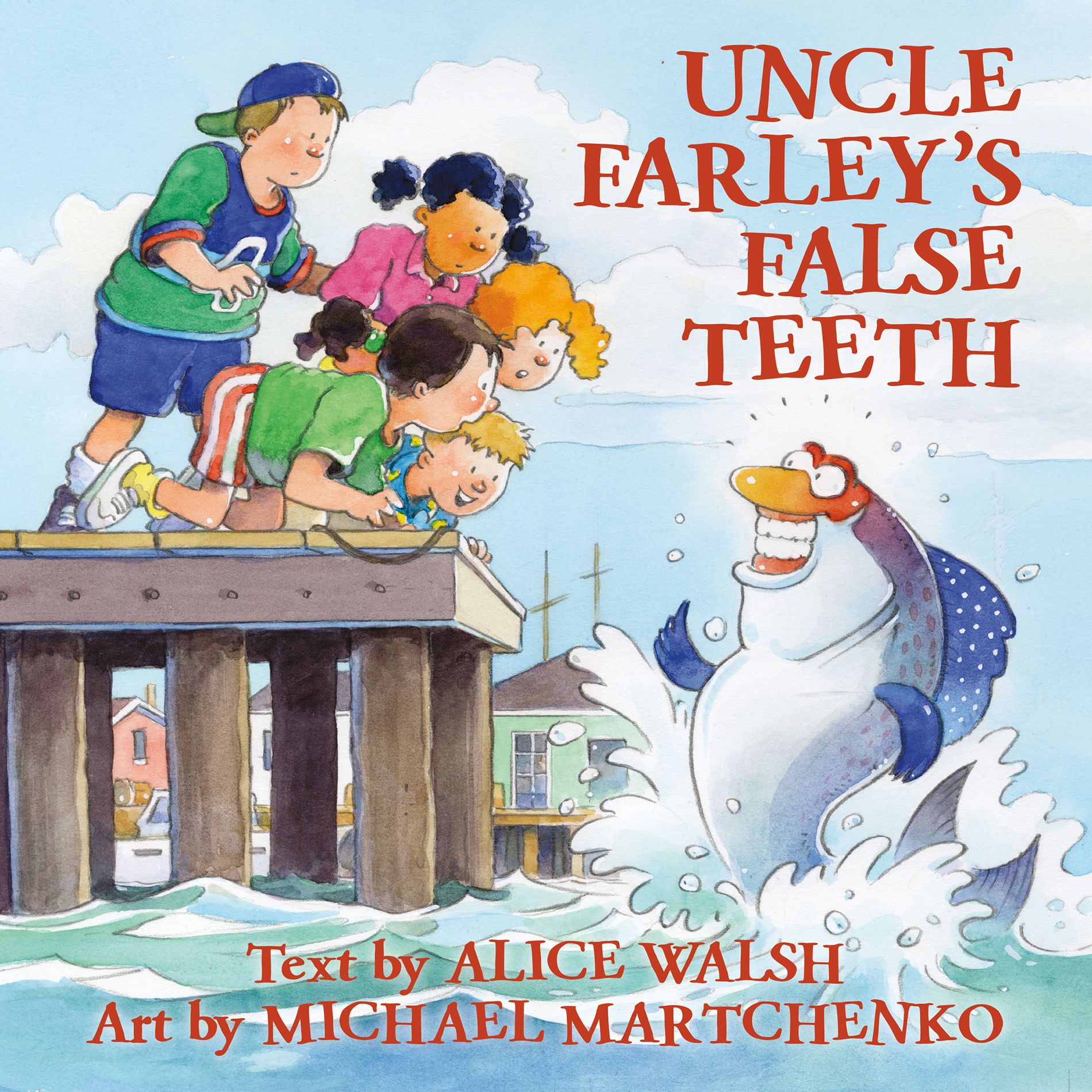 Every afternoon, Uncle Farley takes a three-hour nap. And every afternoon, he pops his false teeth out of his mouth and into a glass of water. One day, Morgan decides she'll steal them to show her friends. But while they're on the wharf oohing and ahhing, Morgan accidentally drops Uncle Farley's teeth into the ocean! She thinks they're gone forever until she sees a fabulous fish...with a fabulous set of teeth in its mouth.

Morgan and her friends pool their resources to get the teeth back—Ian's dad is a fisherman, Zakia's mom is a dentist, Markee's dad is a police officer—but the fabulous fish just won't spit them out. Will Morgan be able wrangle Uncle Farley's false teeth back before he wakes up? Originally published in 1998, this new edition features updated text and illustrations from the artist behind Canadian classics like The Paperbag Princess and Thomas's Snowsuit.

Alice Walsh writes fiction and non-fiction for children and adults. She studied early childhood education, has an MA in English, and has worked as a preschool teacher and creative writing instructor. Her juvenile novel, Pomiuk: Prince of the North (Beach Holme), won the Ann Connor Brimer Award. Her recent picture book, A Change of Heart (Nimbus), was shortlisted for the 2017–18 Hackmatack Award for non-fiction. Alice grew up in Newfoundland and currently lives in Nova Scotia.

Michael Martchenko is best known for illustrating many of the stories of Robert Munsch. He was born in France and moved to Canada when he was seven, before graduating from the Ontario College of Art. He has won numerous awards and prizes for his signature illustration style, including the Ruth Schwartz Award for Thomas's Snowsuit and the Studio Magazine Silver Medal. He and his wife Patricia live in Toronto.