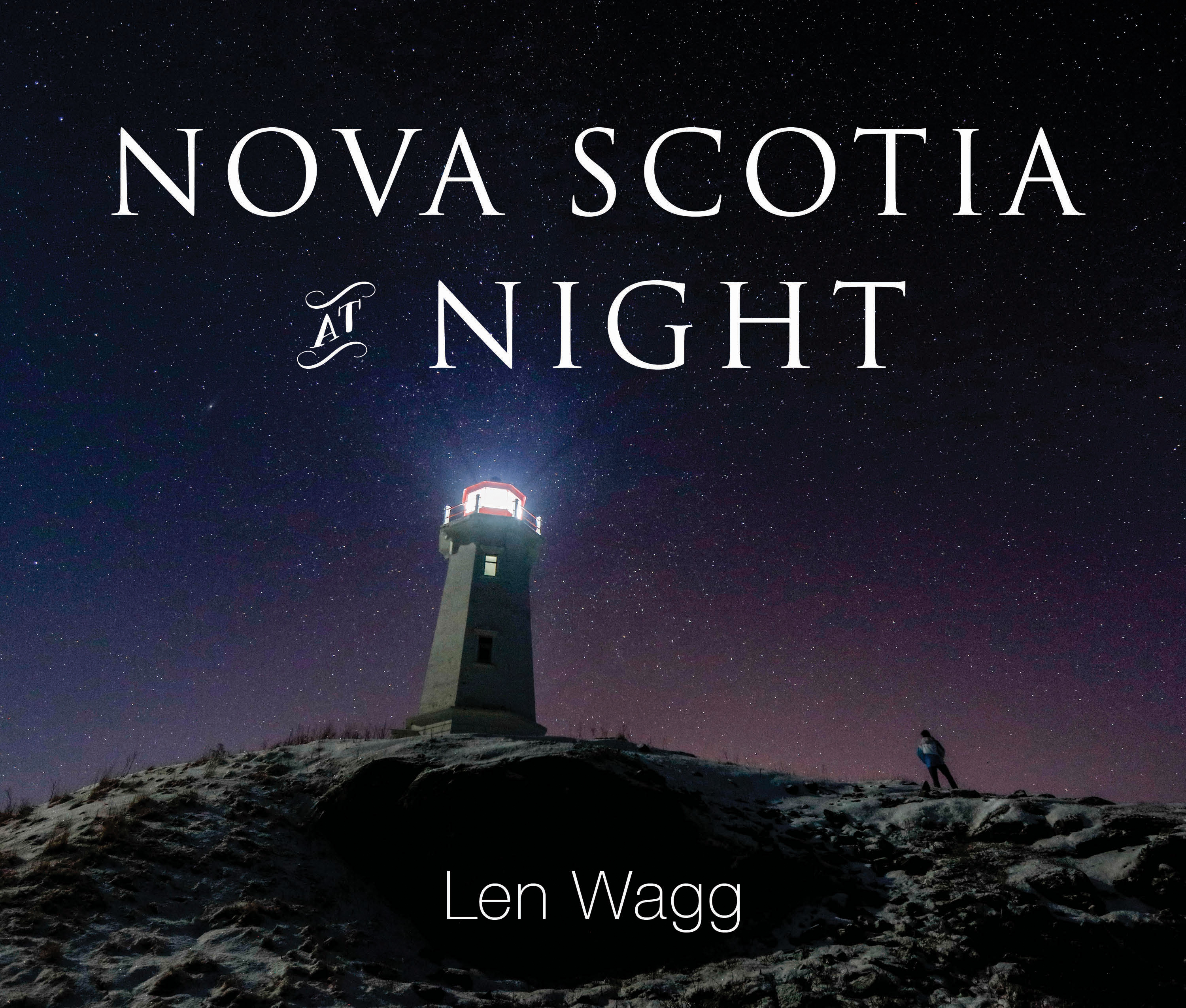 See Nova Scotia like never before. Celebrated photographer Len Wagg returns off the success of Then & Now, his exploration of Wallace MacAskill's photographic legacy, with another entirely original perspective on his home province. Nova Scotia at Night showcases Canada's Ocean Playground from sunset to twilight and beyond.

Showcasing stunning vistas from across the province, including iconic Nova Scotia landmarks like the Annapolis Valley Lookoff underneath the stars and Louisbourg in silhouette, a snow-covered Public Gardens on a winter's eve, whales breaching at Canso Causeway, the Northern lights dancing over the Cobequid Mountains, and much more, this beautiful and surprising book highlights Nova Scotia's seldom seen after-dark personality. Features 80 colour photographs, including a selection from Len's favourite up-and-coming Nova Scotia photographers.

Since joining Halifax's Chonicle Herald in 1984, photographer Len Wagg has covered a variety of assignments in Nova Scotia and around the world, and his photographs have appeared in the New York Times, Maclean's, and Time magazine. In 2008 he won the Mayor's Award for Excellence in Illustration for Wild Nova Scotia, his photographic portrait of the province's protected areas.