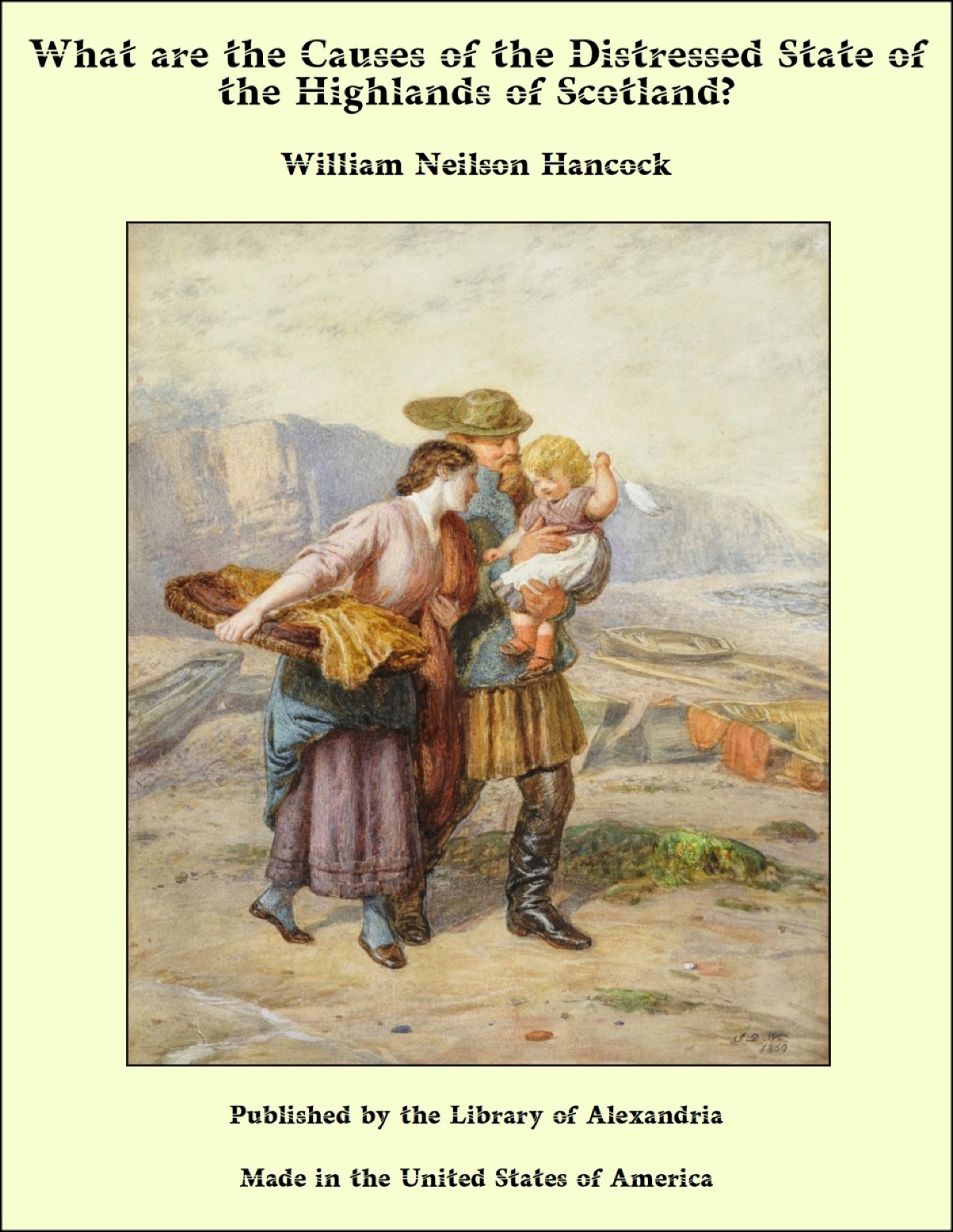 What are the Causes of the Distressed State of the Highlands of Scotland?

For the purpose of the inquiry which I propose to make in this paper, it will not be necessary for me to occupy much of your time in adducing evidence of the nature and extent of the distressed state of the poorer classes in the Highlands of Scotland. I shall therefore quote only one authority. Doctor Alison, who has been long distinguished for the attention he has given to the subject of pauperism and poor laws in Scotland, in a pamphlet, published in 1850, says:—"Any one, whose duties have frequently brought him into contact with the mass of destitution, disease, and suffering continually flowing into all the great towns of this country, of late years, from Ireland, must be strongly impressed with the importance of means being taken to correct that evil at its source." He then adds this important passage:—"And any one who has attended to the state of the lower orders in the greater part of the Highlands, must be aware that it is hardly better than in Ireland, and that the evils which have been only averted there by the large fund raised by voluntary subscription, and now nearly expended, are again nearly as imminent as before." To account for this distress, many of the theories put forward with respect to Ireland have been urged with more or less favour in Scotland; such as, the Celtic race, the potato, absenteeism, overpopulation, and want of capital. As, however, the Highlanders are an agricultural population, before adopting any of these solutions of the question, it seems natural to inquire what is the state of agriculture in the districts where this distress prevails. This inquiry is the more important, as in other parts of Scotland prosperous agriculture is attended, as we might expect, by a total absence of general distress. In going from the well-cultivated districts of Scotland to the Highlands, the most striking difference, respecting the agriculture, is the inferiority of the farm buildings, There is a prevalence of weeds, and the crops have a slovenly and irregular appearance. On inquiring as to the mode of cultivation adopted, it turns out that rotation of crops is irregularly pursued, that economizing of manure is generally neglected, and that thorough drainage, until the recent crisis, was almost unknown.