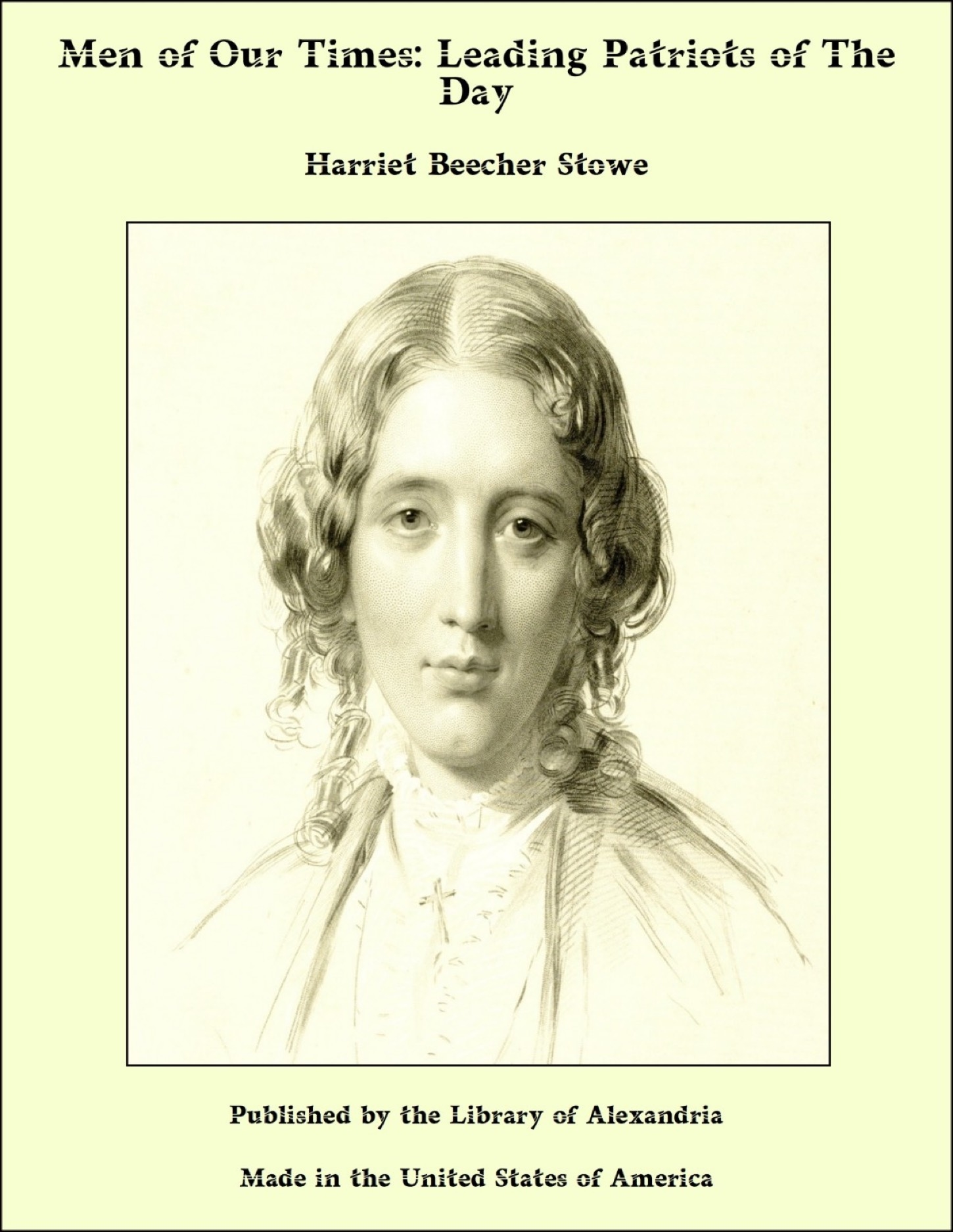 Men of Our Times

Leading Patriots of the Day

In these sketches of some of the leading public men of our times, the editor professes to give such particulars of their lives, and such only, as the public have a right to know. Every such man has two lives, his public and his private one. The one becomes fairly the property of the public, in virtue of his having been connected with events in which every one has a share of interest; but the other belongs exclusively to himself, his family, and his intimate friends, and the public have no more right to discuss or pry into its details than they have into those of any other private individual. The editor has aimed to avoid all privacies and personalities which might be indelicate in relation to family circles. She has indeed, in regard to all the characters, so far as possible, dwelt upon the early family and community influences by which they were formed, particularly upon the character and influence of mothers; but such inquiries relate for the most part to those long dead, and whose mortal history has become a thing of the past. Whenever the means have been at hand, the family stock from which each man has been derived, has been minutely traced. The question of inherited traits is becoming yearly one of increasing interest, and most striking results come from a comparison of facts upon this subject. The fusion of different races is said to produce marked results on the characteristics of the human being. America has been a great smelting furnace in which tribes and nations have been melted together, and the result ought to be some new developments of human nature. It will always be both interesting and useful to know both the quality of the family stock, and the circumstances of the early training of men who have acted any remarkable part in life. Our country has recently passed through a great crisis which has concentrated upon it for a time the attention of the civilized world. It has sustained a shock which the whole world, judging by past experience, said must inevitably shatter the republic to fragments, and yet, like a gallant ship in full sail, it has run down the terrible obstacle, and gone on triumphant, and is this day stronger for the collision. This wonderful success is owing to the character of the people which a Christian Democracy breeds. Of this people we propose to give a specimen; to show how they were formed in early life, from the influences which are inherent in such a state. We are proud and happy to know that these names on our list are after all but specimens. Probably every reader of this book will recall as many more whom he will deem equally worthy of public notice. There is scarcely one of them who would not say in reference to his position before the public, what Lincoln said: "I stand where I do because some man must stand there, but there are twenty others that might as well have been leaders as myself." On the whole, we are not ashamed to present to the world this list of men as a specimen of the graduates from the American school of Christian Democracy. So far as we know, the American government is the only permanent republic which ever based itself upon the principles laid down by Jesus Christ, of the absolute equal brotherhood of man, and the rights of man on the simple ground of manhood. Notwithstanding the contrary practices of a section of the States united in the Union, and the concessions which they introduced into the constitution, nobody doubts that this was the leading idea of the men who founded our government. The declaration of American Independence crystalized a religious teaching within a political act. The constitution of the United States still further elaborates these principles, and so strong was the logic of ideas that the conflict of opinions implied in the incidental concessions to opposite ideas, produced in the government of the country a continual and irrepressible discord. For a while it seemed doubtful which idea would triumph, and whether the accidental parasite would not strangle and wither the great original tree. The late war was the outcome of the whole. The fierce fire into which our national character has been cast in the hour of trial, has burned out of it the last lingering stain of compromise with anything inconsistent with its primary object, "to ordain justice and perpetuate liberty."