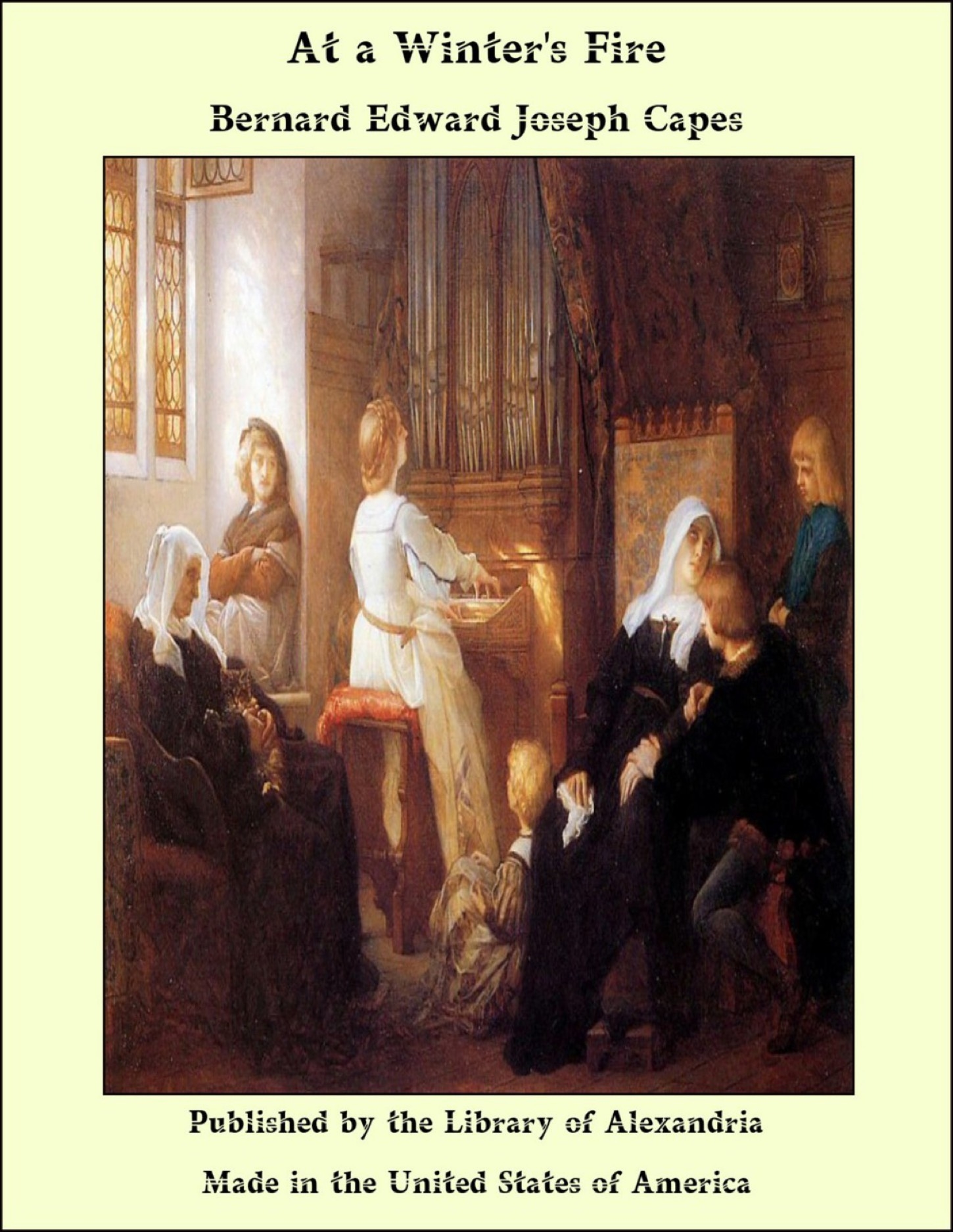 At a Winter's Fire

It so fell that one dark evening in the month of June I was belated in the Bernese Oberland. Dusk overtook me toiling along the great Chamounix Road, and in the heart of a most desolate gorge, whose towering snow-flung walls seemed—as the day sucked inwards to a point secret as a leech's mouth—to close about me like a monstrous amphitheatre of ghosts. The rutted road, dipping and climbing toilfully against the shouldering of great tumbled boulders, or winning for itself but narrow foothold over slippery ridges, was thawed clear of snow; but the cold soft peril yet lay upon its flanks thick enough for a wintry plunge of ten feet, or may be fifty where the edge of the causeway fell over to the lower furrows of the ravine. It was a matter of policy to go with caution, and a thing of some moment to hear the thud and splintering of little distant icefalls about one in the darkness. Now and again a cold arrow of wind would sing down from the frosty peaks above or jerk with a squiggle of laughter among the fallen slabs in the valley. And these were the only voices to prick me on through a dreariness lonely as death. I knew the road, but not its night terrors. Passing along it some days before in the glory of sunshine, broad paddocks and islands of green had comforted the shattered white ruin of the place, and I had traversed it merely as a magnificent episode in the indifferent history of my life. Now, as it seemed, I became one with it—an awful waif of solemnity, a thing apart from mankind and its warm intercourse and ruddy inn doors, a spectral anomaly, whose austere epitaph was once writ upon the snow coating some fallen slab of those glimmering about me. I thought the whole gorge smelt of tombs, like the vault of a cathedral. I thought, in the incomprehensible low moaning sound that ever and again seemed to eddy about me when the wind had swooped and passed, that I recognised the forlorn voices of brother spirits long since dead and forgotten of the world. Suddenly I felt the sweat cold under the knapsack that swung upon my back; stopped, faced about and became human again. Ridge over ridge to my right the mountain summits fell away against a fathomless sky; and topping the furthermost was a little paring of silver light, the coronet of the rising moon. But the glory of the full orb was in the retrospect; for, closing the savage vista of the ravine, stood up far away a cluster of jagged pinnacles—opal, translucent, lustrous as the peaks of icebergs that are the frozen music of the sea.